Lecture at Humboldt University: That's what the gender controversy is about

The deletion of a lecture on sex and gender at Berlin's Humboldt University (HU) triggered a heated debate in early July. 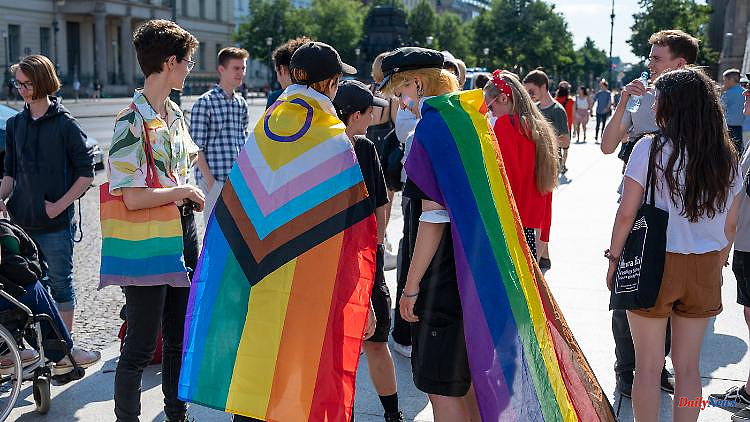 The deletion of a lecture on sex and gender at Berlin's Humboldt University (HU) triggered a heated debate in early July. The lecture will be made up for today. The university is then planning a discussion, including with Federal Research Minister Bettina Stark-Watzinger. According to the announcement, however, it should not be about dealing with the lecture topic per se, but about freedom of opinion and academic freedom at universities in general. But what is the controversy really about?

The lecture "Sex is not (gender) sex, sex, gender and why there are two sexes in biology" by the biologist Marie-Luise Vollbrecht was planned for the Long Night of Sciences at the Humboldt University. After a protest call by the "working group of critical lawyers", a student group at the university, the university canceled the presentation, citing security concerns as the reason. Vollbrecht kept her on YouTube instead. In the "Zeit" she described her central thesis: "The biological sex of humans is binary, there are male and there are female people. We are born male or female and keep our gender affiliation until the end of life."

The 32-year-old doctoral student, who researches the brain cells of electric fish, became known in early June as a co-author of an article in the "Welt" entitled "How ARD and ZDF indoctrinate our children". The authors write that the public broadcaster's coverage "aims to give a voice to the demands of trans lobby groups that one can change one's biological sex". This is a "threatening development": "It is unacceptable that a small number of activists infiltrate the ÖRR with their 'woken' trans ideology," the text said. Children would be "indoctrinated" and "obtrusively sexualized" in this regard.

The "Welt" contribution triggered violent reactions, which play a role in the debate on Vollbrecht's lecture. Almost all of the authors of the text had already appeared publicly as transcritical in the run-up to the contribution. The portal "Übermedien" calls them the "Who's Who of German opposition to trans identities". Transgenderity is about a person not identifying with the sex assigned at birth.

In a statement on the lecture, the HU student representative, the so-called Referent*innenRat (a kind of general student committee, AStA for short), complains about the discrimination of "trans*, inter* and *non-binary people (TIN* for short)" and names Vollbrecht one "open TIN* hostile person". Vollbrecht shows solidarity with "a movement that denies the existence of TIN* people". She is close to the "Trans Exclusionary Feminists (TERFS)", who, among other things, oppose trans people's access to spaces for women. Vollbrecht said to t-online: "If I say as a woman that I don't want to be in the situation where I meet an individual with a penis in the changing room or in the shower, then that's my right." From the point of view of her critics, she stigmatizes transgender people, who themselves suffer greatly from discrimination and sometimes violent hostilities, and generally accuses them of being potential violent offenders.

After the cancellation of the lecture, the Humboldt University in particular was sharply attacked. This has done academic freedom a disservice, said the President of the German University Association, Bernhard Kempen, at the beginning of July. "Science thrives on freedom and debate," Science Minister Stark-Watzinger told the "Bild" newspaper. "Everyone has to endure that." A comment from "Welt" spoke of a "blatant case of cancel culture". The "Frankfurter Allgemeine Zeitung" wrote: "It is the house and court ideology of the universities that has emerged in Berlin: gender is nothing more than a social construct."

Vollbrecht himself expressed understanding for the university's security concerns, but also wrote in "Zeit": "Biologists who try to elucidate bisexuality" would "in the meantime be openly and regularly attacked. The question of gender and biological bisexuality has long since become a theater of war of the Kulturkampf." The biologist relies on purely scientific findings.

But so do their critics. The Speakers' Council writes: "Academic freedom is not a cloak for the spread of inhuman ideologies and propaganda directed against the acceptance of scientific knowledge - the earth is not flat, evolution is not a conspiracy myth and the differences between people have more than two sides."

In fact, the bisexuality that some biologists have terminated has been discussed in science for decades. For a long time there was a "blind spot" in science with regard to intersex people, as the "Standard" describes it. Inter-persons exhibit gender characteristics that do not fall into a male or female category. It's not just about sex organs, but also the production of hormones or the chromosome set, as the Federal Ministry for Family Affairs explains on its "rainbow portal".

In general, sexual development can take many different forms. On the science website "spectrum.de" it is put like this: "The categories man and woman form a kind of framework within which diverse manifestations of sexuality are possible - genetically, anatomically and hormonally as well as psychologically and socially."

The federal anti-discrimination agency says: "The binary gender model anchored in society, which only knows male and female, disadvantages people who cannot or do not want to locate themselves clearly by gender, and calls their existence into question." And further: "It leads to the exclusion of those people whose gender, gender identity or gender expression does not correspond to social expectations and prevents them from freely developing their personality."

As early as 2012, the German Ethics Council suggested expanding the gender entry in civil status law in view of the state of scientific research. In 2017, the Federal Constitutional Court decided that the hitherto common practice of categorizing people as “male” or “female” violated their fundamental rights for people who could not be permanently assigned to either the female or male gender. Finally, at the end of 2018, the gender entry "diverse" was introduced. 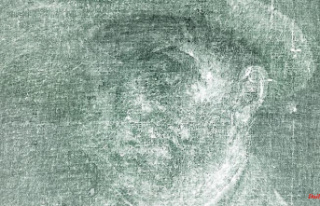 On the back of a painting: Museum discovers new self-portrait...