Real Madrid and Liverpool meet in Paris for the Champions League final. 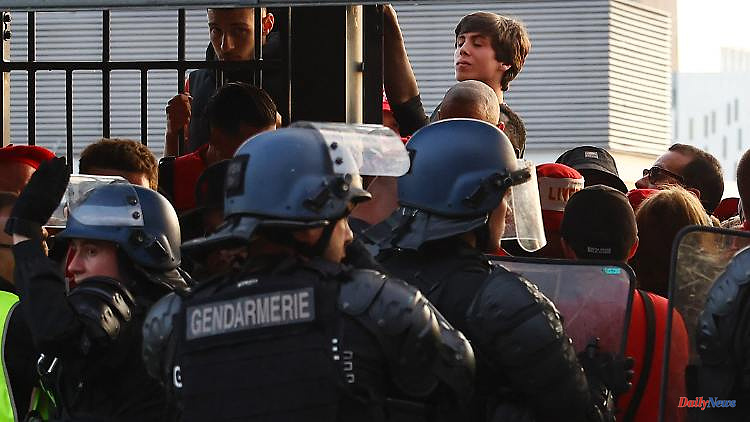 Real Madrid and Liverpool meet in Paris for the Champions League final. Upon entry, chaos ensued and the police cracked down. Liverpool demand answers and UEFA blame 'late arrival' fans and ticket counterfeiters A football legend reacted angrily to this.

After the massive problems at the entrance to the stadium with the use of tear gas by the police and the delayed kick-off of the Champions League final, Liverpool FC is demanding clarification. The game at the Stade de France near Paris started at 9:36 p.m. on Saturday, 37 minutes later than planned. Fans and observers criticized the organizers.

The European Football Union UEFA explained the chaos by the high number of fans without valid tickets. The turnstiles at the Liverpool entrance were blocked because thousands of supporters who had bought counterfeit tickets were unable to get through, UEFA said late Saturday night. This caused traffic jams. The kick-off was postponed to allow as many fans as possible with tickets to enter.

The police used tear gas, UEFA said. The continental federation expressed sympathy for those who had been affected by the incidents and announced that it would work with the French police and the French federation.

"We are very disappointed with the stadium access issues and security perimeter collapse experienced by Liverpool fans at the Stade de France tonight," the English football club said during the game. "We demand an official investigation into the causes of these unacceptable problems." Liverpool boss Jurgen Klopp said he knew "some of the families had problems. We'll have to wait for further investigation to know what happened. Some things weren't good and they weren't nice. That's all I don't know yet."

First the kick-off was delayed by 15 minutes and then two more times. The organizers initially stated safety reasons on the scoreboard, after which it was said that it was due to the "delayed arrival of fans".

This enraged numerous Liverpool supporters, who reported on social media that they had been waiting in front of the stadium for a long time. Pictures show sometimes chaotic scenes at the entrance and long queues around the arena.

"I'm not sure it would be possible to organize an event any worse, even if you tried. Absolutely chaotic and dangerous," tweeted English football legend Gary Lineker to UEFA. He described the reason for the delay as a late arrival of the fans as "bullshit".

"The organization around and in the stadium is not only unworthy of a Champions League final," said former professional footballer Marvin Matip, brother of Liverpool's Joel Matip, on Sky. "Using tear gas in areas with children and bystander fans is dangerous to the public."

Paris police tweeted in French, English and Spanish that fans should not try to force entry. Home Secretary Gérald Darmanin tweeted: "Thousands of British 'fans' forced their way in with no or false tickets, sometimes attacking law enforcement." The AP news agency reported that there had been a few incidents where fans apparently tried to gain entry without tickets.

Many Liverpool supporters were not in the stands when the game was originally scheduled to kick off at 9 p.m., but there were still a few gaps when the game kicked off more than half an hour later. The Real Madrid fan areas, on the other hand, were well filled early on.

The teams came out of the dressing room shortly after 9 p.m. and warmed up a second time. The opening ceremony started at 9:23 p.m., accompanied by a loud whistling concert from the supporters. Real won the final 1-0.

The final was moved from St. Petersburg to France because of the Russian war of aggression against Ukraine. At the final of the European Championship last year, there were also problems with admission to London's Wembley Stadium. 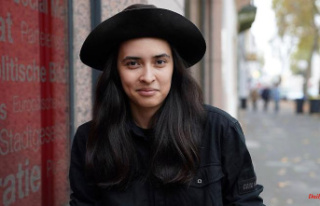 "I was careless": Plagiarism allegations:...