The President of Ukraine, Zelenskyy, will address Congress virtually 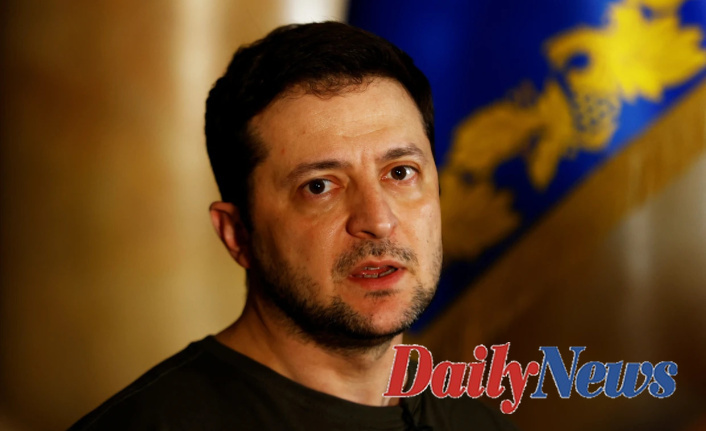 "As war rages in Ukraine, it's with great respect for the Ukrainian people that I invite all Members to attend a Virtual Address of the United States Congress delivered Wednesday, March 16th, at 9:00 am by President Volodymyr Zilenskyy of Ukraine," the Democratic leaders announced in Monday's letter to members.

The letter stated that "The Congress is unwavering in its commitment to support Ukraine as they face Putin’s cruel and diabolic aggression and to passing legislation aimed at crippling and isolating the Russian economy, as well as providing humanitarian, security, and economic assistance for Ukraine." We look forward to having the opportunity to welcome President Zelenskyy to the House of Representatives and to show our support to the Ukrainian people as they defend democracy.

Zelenskyy's address came as Russia intensified its military campaign against Ukraine by bombing major cities, residential areas and other places. Negotiators from both sides met Monday for a fourth round of talks to discuss a possible cease-fire so that civilians can evacuate to safer areas.

According to the Ukrainian president, negotiators were expected call for a meeting between Zelenskyy (Russian President Vladimir Putin), he stated in a speech posted on Sunday to Telegram.

Zelenskyy, despite being a top target of Putin, has remained in Kyiv, Ukraine's capital. He has also continued to lead his country's defense against Russian military invasion. Zelenskyy was seen outside Kyiv to visit wounded soldiers at a military facility and present them medals and awards.

Congress approved nearly $14 billion of new assistance to Ukraine last week. The Defense Department received several billion to replenish equipment that was sent to Ukraine, and several billion for U.S. soldiers who help to defend NATO in Europe. This measure provides funding for humanitarian aid to Ukraine's energy grid, and to fight disinformation.

Republicans have joined Democrats in calling for the Biden administration's transfer of the Soviet-era aircraft that Poland offered to Ukraine. Klobuchar stated in an interview on Sunday's CNN's "State of the Union", that she does not rule out such a scenario, even though the U.S. has rejected the plan at the moment because officials fear it could escalate the crisis. Zelenskyy has asked for the U.S. to provide these planes.

"I don't rule out planes at one point. She said that you can only take each day as it comes and make the best defense systems decisions. "And that cannot always be discussed on-the-air, or you would be giving Vladimir Putin a roadmap to NATO's actions here to protect Ukraine."

Menendez stated that "I know this is not an easy choice for these countries to take." "As Russia's military aggression draws closer to their borders, asking them to provide their aircraft would be impossible, even in the most dire of circumstances. This is the reality of the world. Extraordinary times call for extraordinary sacrifices and measures."

1 Fears of insider threats to elections are heightened... 2 Democrats report $14 million in fundraising for February 3 Manchin won't support Biden Fed nominee Sarah... 4 Trump tries to solve his Putin problem 5 The legacy of Stephen Hawking: Thus they live their... 6 Manchin's opposition threatens Raskin's... 7 Another problem of going back to work? Record-breaking... 8 Ginni Thomas is the wife of Supreme Court Justice... 9 Officials from the United States say Russia has asked... 10 Are you looking for roadkill to eat? An app is available... 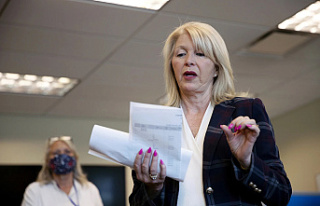 Fears of insider threats to elections are heightened...