The main reason why women get less money from the statutory pension than men is that they pay fewer contributions. 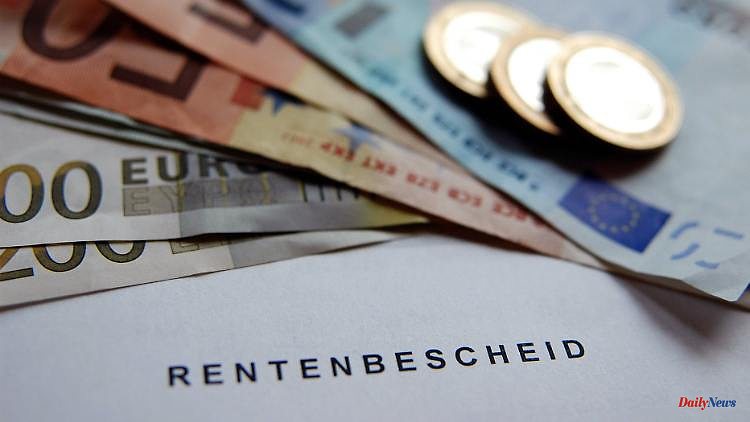 The main reason why women get less money from the statutory pension than men is that they pay fewer contributions. But compared to 20 years ago, they are clearly increasing. This is due to the labor market participation and also to the mother's pension.

According to a report, women pay longer into the pension system and therefore have more entitlements in retirement than they did 20 years ago. Women who retired in 2021 had an average of 36.9 insurance years, reported the "Frankfurter Allgemeine Zeitung" (FAZ) and based on an evaluation by the German Pension Insurance Association. Two decades earlier, women had only 27.2 insurance years. The plus in insurance years also means more money for them. In addition to the duration of the payments, the wage level also affects the amount of the pension.

According to the report, the number of insurance years for women in the west increased significantly more than in the east. In the eastern German federal states, the labor force participation of women is traditionally higher. The extended recognition of child-rearing periods through the expansion of the so-called mother's pension in 2014 and 2019 may have had an impact on the increase. "The increase in insurance years is mainly due to an increased labor force participation of West German women," said Christian Amsinck, one of two alternating chairmen of the German Pension Insurance Association, the FAZ.

According to a report by the "Rheinische Post", the average gross pension amount for retirees with at least 35 insurance years rose from 1070 euros in 2011 to around 1472 euros last year. This means an increase of 38 percent.

"This positive development strengthens the statutory pension as a central pillar of old-age security in Germany," Hans-Werner Veen, the other chairman of the board of the German Pension Insurance Association, told the newspaper. The main reason for the increases is the comparatively high pension adjustments during this period.

The proportion of pensioners who can show at least 35 years of insurance rose accordingly in the period from 64 percent in 2011 to around 73 percent last year. According to the report, the reason for this is that more West German women also achieve such insurance periods.

1 Repair instead of bin: This is how electronic devices... 2 Fact check on advice: How to behave outdoors during... 3 E-car is not a washing machine: charging at home without... 4 Money is becoming more expensive: This means that... 5 Pandemic affects psyche: more and more people suffer... 6 As big as Brazil: Bubble shield in space to prevent... 7 New development for autumn: Moderna: Omicron vaccine... 8 Spectacular find: Possible Dürer treasure discovered... 9 Unhealthy "non-stop society": How to calm... 10 Choice in fertilization: the ovum probably decides... 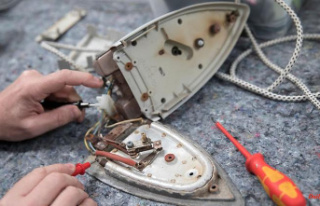 Repair instead of bin: This is how electronic devices...