The time for these once celebrated masterpieces of engine construction is running out: the electric age is just playing the final chord for monumental V12s. 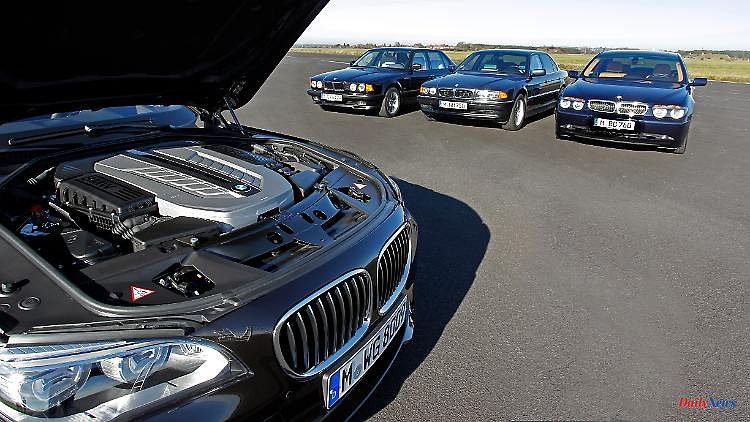 The time for these once celebrated masterpieces of engine construction is running out: the electric age is just playing the final chord for monumental V12s. Whether at Audi, BMW, Jaguar or VW: after 50 years, the twelve-cylinder has had its day as a symbol of luxury and power.

Actually, locally emission-free high-end electric vehicles such as Mercedes EQS, BMW i7 or the upcoming all-electric Rolls-Royce should inspire the rich and powerful as visionary luxury limousines so much that there is no room for sentimental feelings of farewell. On the other hand, not only tradition-conscious technology freaks know about the fascination of the twelve-cylinder engines that have been used in powerful luxury liners for exactly 50 years. Usually built as a V12, but also in a W12 arrangement by the VW group, these engines set performance standards in the most expensive vehicle class, surpassed only by sporty hypercars.

In fact, the first European twelve-cylinder sedan of the post-war era, the XJ12, designed by Jaguar boss Sir William Lyons himself and presented in 1972, was adorned with this title: "Fastest mass-produced sedan in the world". From then on, the legendary "Queen Mum" in the English royal family preferred traveling with the V12 Jaguar or the parallel model Daimler Double Six.

It wasn't long before the success of the English team lured other premium players onto the field with their superior smoothness and performance. BMW had a 5.0-liter V12 up its sleeve as early as 1974, but then oil crises and changing markets required a postponement of plans for the drinkable and emission-friendly V12s. But in 1987 the time had come: With the 750i (E32), BMW started the race for the world's best prestige engine - exhaust gas catalytic converter included.

Almost 60 years after Maybach (1929) and Horch (1931) had established the first German twelve-pointers as the benchmark for majestic engines, the experts attested that the Munich engine workers had developed "the finest engine" of the modern age, as BMW proudly announced. With a 300 hp 5.0-liter V12, the BMW 750i/750iL brought movement into the luxury class and triggered an unprecedented performance arms race in the global luxury league.

"BMW overtakes everyone" was the headline in the trade press after the first test drives, not only referring to the top speed of 250 km/h. Without curtailment even 270 km/h would have been possible, but there were no adequate tires. Even more important was the prestige factor of the V12, which made the well-off clientele euphoric. Even before the premiere, BMW counted over 3000 blind orders for the V12 flagship, which pushed the Mercedes S-Class out of board parking spaces for the first time - until the Swabians crowned their S-Class (W140) in 1991 as the 600 SEL. Its 6.0-liter V12 had 408 hp, a salute to Munich, where 300 hp had to suffice.

However, the BMW 750i and 750iL were not only aimed at buyers of the Mercedes S-Class. Rather, the first twelve-cylinder with catalytic converter also successfully countered the V12 fleet from Jaguar and Daimler, which gave up in 1997 and from then on relied on supercharged V8s. In North America, the world's most important luxury market, the 5.02 meter long 750iL was even considered an alternative to the Rolls-Royce Silver Spirit and Bentley Mulsanne.

The class of the Bavarian power plant was confirmed by Rolls-Royce in 1998, because now the Silver Seraph was equipped with the BMW V12. Five years later, Rolls-Royce was part of the BMW Group and the first Phantom V12 presented itself as a palace on wheels with a wheelbase of 3.82 meters, with a 6.7-liter engine guaranteeing the highest level of refinement. Bentley - meanwhile part of the VW Group - did not fail to answer: In the Continental Flying Spur introduced in 2005, a 6.0-liter W12 from the VW modular system worked, which came up to 610 hp and 322 km/h Vmax, At that time, no V12 four-door car was faster.

This was in line with the ideas of the then VW CEO Ferdinand Piëch, who even wanted to establish the Volkswagen brand where the air is thin but the profits are big. In addition to a W12 sports car, which remained a concept car, the Phaeton was to succeed as the best car in the world. The Phaeton was announced at the IAA in 1999, but production only started in 2002 in the specially built Transparent Factory in Dresden. The Phaeton shared components with the Bentley, but as a twelve-cylinder it cost as much as twelve Fox, the VW entry-level model.

It was fatal when a Phaeton advertised for buyers side by side with the Fox in the dealer showroom. No S-Class drivers could be won over like that. Not so in Asia, where VW soon sold most of the Phaeton. China's nouveau riche in particular were enthusiastic about the luxury car, whose lines similar to the Passat cleverly hid the high acquisition costs. In fact, the Phaeton even found more fans in China than the first serious Chinese V12 launch, the Hongqi L5 launched in 2014, a 5.56 meter long sedan with a 6.0-liter V12 under the hood. In the 2020s, however, Hongqi should go with electric calm.

And the Japanese? In the Land of the Rising Sun, the Toyoda family in particular was keeping a close eye on what was driving the western leading brands. Lexus, the classy Toyota subsidiary, entered the market in 1989 but settled for smooth-running V8s to upset the usual standings in the American premium sales charts. For Emperor Akihito and powerful business magnates, however, there was the first smooth Japanese twelve-cylinder in the Toyota Century in 1997, an era that ended 20 years later in favor of a V8 with hybrid technology.

VW boss Piëch also wanted to equip presidents, chancellors and kings with twelve-cylinder insignia. That's why he also upgraded Audi. The first A8 (D2) replaced the S-Class under Chancellor Gerhard Schröder and Chancellor Angela Merkel and from 2001 there was a 6.0-liter W12 top-of-the-line engine.

For the then DaimlerChrysler group, it was clear: Now the whole world had to be shown that the Stuttgart brands shine above all others. In addition, the S-Class (W220) as the S 65 AMG had an unbelievable 1000 Newton meters of torque and 612 hp and the Maybach brand was revitalized with the feudal V12 prestige sedans Maybach 57 and 62. However, the giants, which were up to 6.17 meters long, were able to did not even catch the rich and beautiful when the mythical model name Maybach Zeppelin was revived in 2009. Hollywood, China, the Middle East and royalty preferred luxury brands that were continuously on the market, such as Mercedes.

That is why, since 2014, the Mercedes-Maybach brand has been strengthening the claim to supremacy of the S-Class as a symbol of ultimate luxury. And while the V12 at Audi (A8) are long history and BMW will also be installing its last twelve-cylinder engine in a 7 Series in June 2022, the S-Class will continue to exist for the time being as the Mercedes-Maybach S 680 with a provocative V12 in a world that instead of combustion engine sophistication, electric ranges and the performance of electric vehicles are discussed. Nevertheless: The clock for twelve-wheelers is almost up and soon the witching hour will begin for the very last V12. 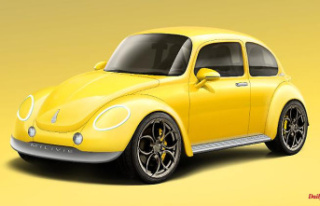