The Ukrainian authorities are targeting more than 600 suspected war criminals, and 80 are in custody. 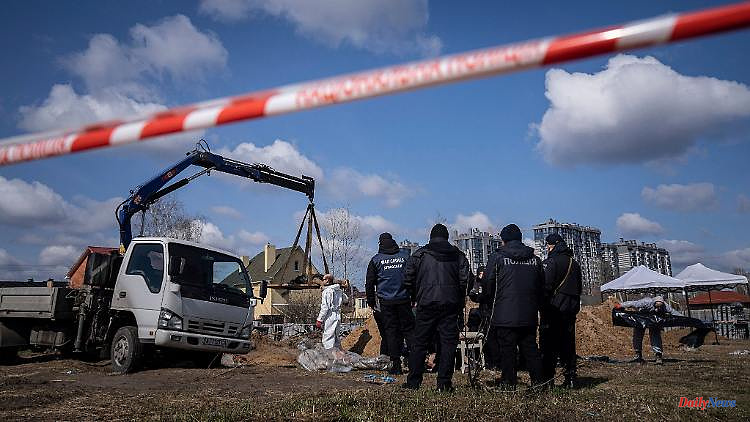 The Ukrainian authorities are targeting more than 600 suspected war criminals, and 80 are in custody. Ukraine is investigating thousands of cases. According to the EU judiciary, Russia's war of aggression will be "the best-documented armed conflict in history".

For many, the cities of Bucha and Mariupol became symbols of terror during the Ukraine war. After the Russian troops withdrew, atrocities became known: murdered people in the streets, mass graves, rapes, attacks on hospitals. The call for justice is loud. But the way there is difficult.

The judiciary reacted quickly. Barely 100 days after the Russian invasion, three sentences have already been passed. This Tuesday, two Russian soldiers were sentenced to long prison terms in the Poltava region. They had shelled civilian buildings. Last week, a 21-year-old soldier was sentenced to life imprisonment for murder.

In more than 15,000 cases, Ukraine's judiciary says it has already initiated investigations into war crimes. A total of 80 suspects are in custody, said Attorney General Iryna Venediktova in The Hague. More than 600 suspects - including high military and politicians - are in the sights of the authorities. "Every day 200 to 300 new cases of war crimes are added."

The chief prosecutors of Ukraine, Poland, Lithuania and the International Criminal Court are part of a joint investigative team into alleged war crimes in Ukraine. Latvia, Estonia and Slovakia have also been part of the game since Tuesday. The work is coordinated by the EU judicial authority Eurojust. In mid-May, the chief prosecutor of the International Criminal Court, Karim Khan, sent the largest group of investigators to the war zone that the court has ever dispatched. According to his own statements, he wants to open his own office in Kyiv in a few weeks. Studies are also underway in 17 other countries.

The energy is great, the pace is rapid - but the investigations are complex. Because the crime scene is also a war zone. "Investigations are very difficult when fighting is going on at the same time," said the Ukrainian Prosecutor General. The cooperation between the judicial authorities is also unique. "We have to form partnerships, especially with crimes of this magnitude," Chief Prosecutor Khan said.

A central evidence database is now being set up at Eurojust. This involves DNA material, photos, videos, audio files, satellite images and witness statements. The EU judicial authority wants to ensure that the material is made available to the members of the investigative team and translated. According to Eurojust, this war will be "the best-documented armed conflict in history". The evidence should then lead to trials - in Ukraine or other European countries. The International Criminal Court, based in The Hague, could conduct trials against high-ranking suspects such as officers and politicians. The court steps in when an affected country is unable or unwilling to do so itself. However, it has no police power to arrest suspects.

Then there is the question of whether Russian President Vladimir Putin will ever go to court. He has been accused of many things. Ukrainian President Volodymyr Zelenskyy spoke of a genocide and held Putin personally responsible for it. US President Joe Biden also called Putin a "war criminal". Russia denies the allegations. Putin himself accused Ukraine of genocide, thereby justifying the invasion. The investigators did not want to comment on a possible trial against Putin. That's not up to date either. It is clear that the higher the rank or the function, the more difficult the proof becomes. But one thing is certain: even a president could not invoke immunity through his office.

1 "Marder" for Athens: Germany plans tank... 2 League boss explains: "As of today": Barça... 3 Education. "30 minutes to be a teacher":... 4 Saxony-Anhalt: Zerbster bowlers now with a renovated... 5 Ex-princess accused of incest Emir of Qatar's... 6 Baden-Württemberg: Duds in Mannheim successfully... 7 Baden-Württemberg: Digitization company main sponsor... 8 High mountains. Two investigations by the Gap prosecutor... 9 Sud-Gironde: A month of public inquiry prior to the... 10 Loire-Atlantique - 364kg of cocaine were seized at... 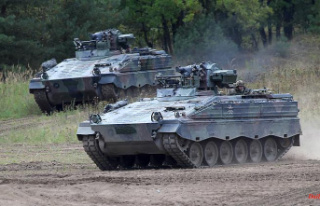