The EU countries are deeply divided over the issue of a common migration policy. 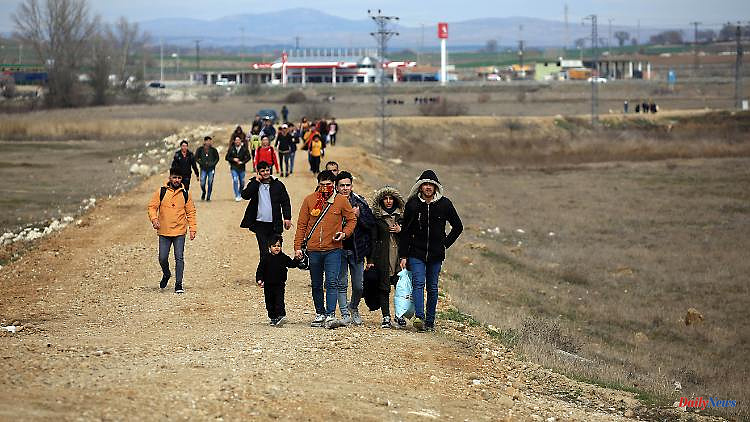 The EU countries are deeply divided over the issue of a common migration policy. Years later, they agree on stricter rules at the external borders. There it should be checked directly who has the prospect of a protection status. Pro Asyl warns of "de facto detention camps on Europe's borders".

In the fight against illegal migration, the EU states have agreed on stricter rules at the European external borders and a reform of the database for taking fingerprints. The permanent representatives of the 27 countries in Brussels made the necessary decisions after the interior ministers had already reached a political agreement almost two weeks ago. At the same time, Germany and 20 other European countries joined a mechanism to support Mediterranean countries in dealing with asylum seekers.

The EU states have been at odds for years over the common asylum and migration policy. The sticking point is above all the question of how and whether those seeking protection should be distributed in the EU. States such as Poland, Hungary and Austria strictly reject a mandatory quota. Southern countries like Italy and Greece, where many migrants arrive, call for more support. In addition, countries such as Germany and the Netherlands are demanding stronger action against so-called secondary migration, i.e. people seeking protection moving from one EU country to the next.

The agreement is the first tangible progress in migration policy in a long time. Now the EU states have to agree on a common position with the European Parliament. Asylum seekers and other migrants are to fall under the new screening procedure at the external borders. Your identity should be checked and security and health checks should be carried out. For example, the screening should be carried out close to the external border and in a maximum of five days. Ultimately, it should be decided at the border who has no prospect of protection status.

The organization Pro Asyl warned that the screening regulation would lead to the "mandatory introduction of de facto detention centers at Europe's borders". The agreement on a reform of the Eurodac fingerprint database is intended, among other things, to make it easier to identify migrants who submit multiple applications. In addition, biometric data will also be recorded in the system in the future.

Participation in the solidarity mechanism, which is intended to relieve Greece, Cyprus, Italy, Malta and Spain, is voluntary. The states could either accept those seeking protection from the Mediterranean countries or help them in other ways - for example with money or in kind. Two weeks ago, Federal Interior Minister Nancy Faeser estimated that Germany and about eleven other countries would take in refugees.

1 For the first time since Khashoggi's murder:... 2 Called "offended liver sausage": Melnyk... 3 Free certificates expire: EU Parliament finds agreement... 4 Scholz before summit marathon: "Partnership with... 5 "Total consensus" among the Twenty-Seven... 6 "Aggression against Russians": Moscow accuses... 7 There is a lack of helicopters: Lambrecht is considering... 8 Politics based on 1.5 degrees: How Germany can achieve... 9 War in Ukraine: Zelensky doubts victory, NATO predicts... 10 Expert Haertel on the EU and Ukraine: "The candidate... 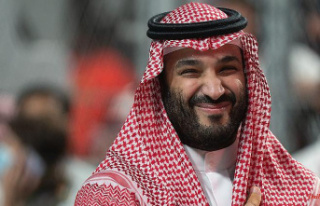 For the first time since Khashoggi's murder:...