In March, Marina Ovzyannikova stormed a news program on Russian state television with a protest poster. 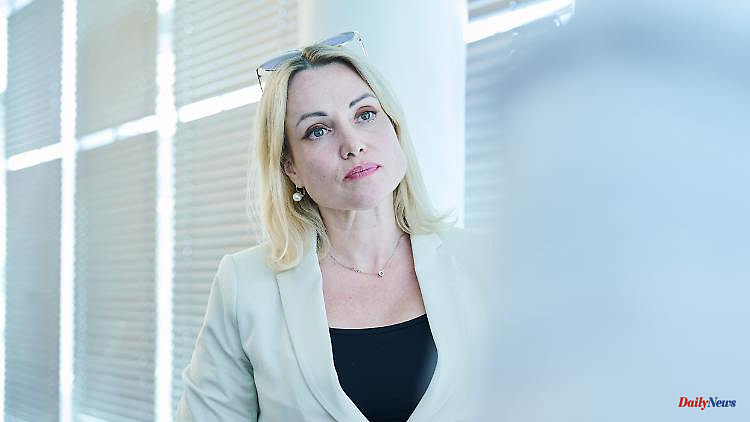 In March, Marina Ovzyannikova stormed a news program on Russian state television with a protest poster. Last Friday she again provoked the Kremlin. Pictures now show the journalist being taken away by security forces in Moscow.

After a second protest action against Russia's war of aggression in Ukraine, the TV journalist Marina Ovsyannikova has apparently been arrested. Photos were posted on her Telegram channel on Sunday, which are said to show how police officers took her into a minibus. The civil rights portal "OVD-Info" in Moscow and the organization Cinema for Peace in Germany also report on the arrest. The former employee of the Russian First Channel was taken to the Krasnoselsky police station in Moscow. Her lawyer confirmed the arrest to the Ria-Nowosti news agency.

Ovzyannikova posted a video and photos on Friday of herself standing with a protest poster within sight of the Kremlin. "Putin is a murderer," says the poster, and "His soldiers are fascists." 352 children have already been killed in Ukraine. "How many more children have to die before you stop?" It is unclear when the pictures were taken and how long Ovsyannikova stood on the Moskva River embankment. Usually, the Russian police put a stop to such protests in a matter of minutes.

In March, Ovsyannikova gained notoriety far beyond Russia's borders with a protest on Russian state television. At that time, the journalist walked into a live broadcast with a poster that read: "Stop the war. Don't believe the propaganda. You're being lied to here." For this, the editor, who had previously been considered loyal to the line, received worldwide recognition. Fines were imposed on them in Russia. After the action, she lived abroad for a while and reported for the German newspaper "Welt".

1 Head of the domestic intelligence service: Selenskyj... 2 Plane crash in Greece: Seven bodies recovered from... 3 Anger at collaborators: Selenskyj justifies the dismissal... 4 The Netherlands also continue at the European Championship:... 5 World Cup bronze missed: German hockey women finally... 6 Hesse: accessibility of emergency call: topic in the... 7 Baden-Württemberg: Households in crises: Court of... 8 Anne Will on the gas crisis: Spahn and Lang ignore... 9 Dead and injured in Indiana: Man shoots around in... 10 Baden-Württemberg: Steering committee advises on... 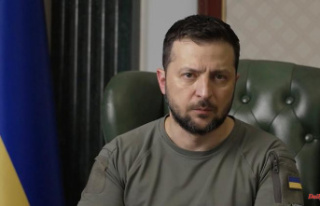