On his trip to the Balkans, Olaf Scholz promotes the way to the EU. 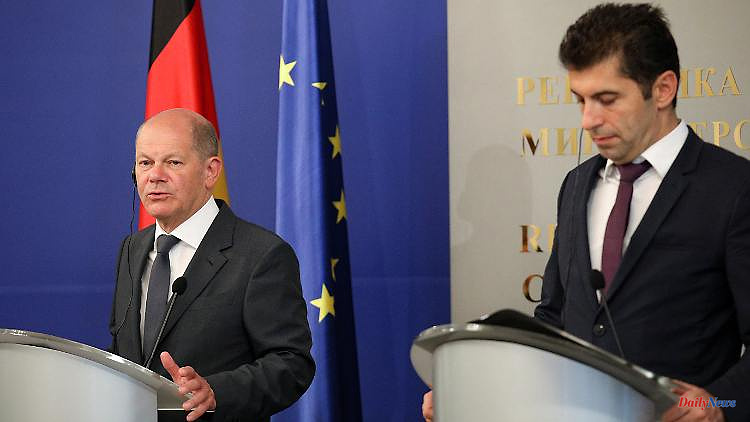 On his trip to the Balkans, Olaf Scholz promotes the way to the EU. He promises accession candidates support in the negotiations. But conflicts between the countries still stand in the way of many an entry. The chancellor felt this again in Bulgaria.

Federal Chancellor Olaf Scholz supports North Macedonia in a quick start to the EU accession negotiations, which are currently still blocked by Bulgaria. The country has met all accession requirements, said the SPD politician after a meeting with North Macedonian Prime Minister Dimitar Kovacevski in Skopje. He will work to ensure "that the next step is taken now." Kovacevski called for a "green light" at the EU summit on June 23. Meanwhile, Bulgaria continued to impose conditions.

Two decades ago, the states of the Western Balkans were promised an EU perspective, said Scholz. "It is time that this promise was followed by deeds." This applies "especially" to North Macedonia. Kovacevski thanked Scholz for the support. A decision by the EU summit at the end of June to open accession talks would therefore be "a gesture of recognition of our efforts". His country wants to find solutions to the dispute with Bulgaria. "Bulgaria must also be prepared to do this," demanded the head of government.

North Macedonia has been an EU accession candidate since 2005. To date, however, concrete negotiations on EU membership have not started, which requires a unanimous decision by the member states. After Greece first pushed through a change of state name after years of blockade, Bulgaria is now demanding that North Macedonia first recognize Bulgarian roots in its language, population and history.

Bulgarian Prime Minister Kiril Petkov was willing to talk after his meeting with Scholz in Sofia, but confirmed several conditions. The North Macedonian constitution must state that the Bulgarians are the "constituent nation" of the neighboring country. The neighborhood agreement concluded in 2017 must also be implemented by Skopje. Here Sofia regularly complains about the discrimination against a Bulgarian minority in North Macedonia.

The North Macedonia issue also contributed to the recent government crisis in Bulgaria. Petkov no longer has a majority in parliament. Scholz was nevertheless confident in Sofia that a solution was possible. However, he admitted: "These things cannot be decreed, they have to be brought about together."

The Chancellor began his Balkan trip on Friday. During his visits to Serbia and Kosovo, Scholz announced that he wanted to work towards a realistic EU perspective for the Western Balkan states. Some of them have been accession candidates for many years without making any progress. The background to the visit is Russia's attempts to expand its traditionally strong influence in the region of former Yugoslavia.

The subject of Russia also played a central role in Belgrade. Scholz had called on Serbia, which has been a candidate for EU membership since 2012, to soon join the European sanctions against Russia because of the Ukraine war. Serbian President Aleksandar Vucic had rejected this, citing, among other things, centuries-old relations with Moscow and his country's dependence on Russian gas supplies.

Outraged, Vucic also rejected Scholz's demand for Kosovo to be recognized under international law before EU accession. Serbia has regarded the country as a breakaway province since declaring independence in 2008. Vucic stressed that no one in the EU accession talks had asked for recognition. His country will not bow to pressure and threats from outside on this issue.

1 Next lockdown in Shanghai: New outbreak in Beijing... 2 Paris. Bar stabbed to death, another hurt 3 Mother Heidi is very proud: Leni Klum celebrates her... 4 When antibiotics don't work: phages help with... 5 One like all: New Fiat Doblò after 12 years 6 Saxony-Anhalt: Land commemorates 500 years of Thomas... 7 There were injections in Paris: ailing Nadal wants... 8 Culture. La Motte-Servolex is a rich program for Fete... 9 Thuringia: 1.3 million letters sent with information... 10 Baden-Württemberg: Pilot injured after a failed landing... 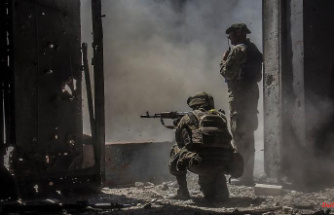 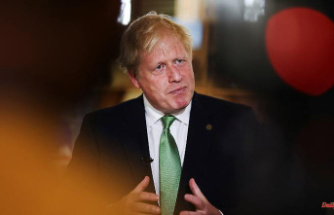 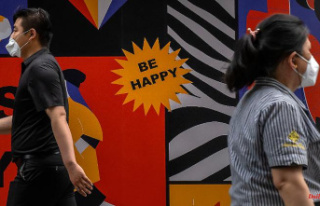 Next lockdown in Shanghai: New outbreak in Beijing...