Control most of the city: Russians drive out Ukrainians from Sievjerodonetsk 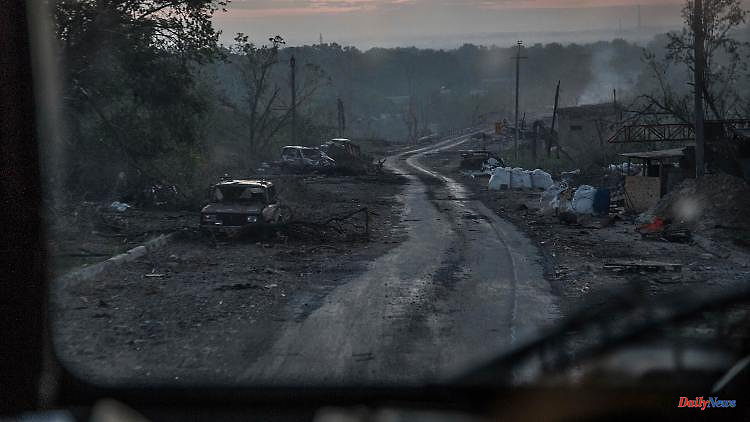 Russian troops continue to advance in Sievjerodonetsk. According to Ukrainian sources, they have taken control of more than 70 percent of the city center. The Azot chemical factory, which houses around 500 civilians, is also being "heavily bombed".

According to the Ukrainian army, Russian troops have pushed it back from the center of the heavily contested city of Sievjerodonetsk in the Donbass region. Russia had "partially" succeeded in ousting the Ukrainian soldiers, the Ukrainian General Staff said on Facebook. According to Luhansk regional governor Serhiy Hajday, the Russian army now controls "more than 70 percent" of Sieverodonetsk.

He accused the Russian troops of "violently bombing" the Azot chemical plant. Around 500 civilians, including around 40 children, would remain in the contested industrial area. According to Hajdaj, the Ukrainian authorities are trying to negotiate a "humanitarian corridor for the civilians." So far, however, these efforts have been unsuccessful.

Hajday previously said Moscow was providing its troops in the Luhansk region with "more and more equipment" to "encircle" Sieverodonetsk and neighboring Lysychansk. According to him, three civilians were killed by Russian bombardments within 24 hours in Lysychansk, including a six-year-old boy. The Ukrainian secret services unmasked 50 "traitors" in Lysychansk who had passed on information to the Russian troops.

Sieverodonetsk and Lysychansk have been the scene of heavy fighting for weeks. They are the last two cities in eastern Ukraine's Luhansk region that Russia has not yet captured. According to a spokesman for the pro-Russian separatists, Sieverodonetsk is "de facto" cut off from the outside world. Eduard Basurin said Russian troops blew up the last bridge connecting the city with Lysychansk on Sunday. The Ukrainian units on the ground had only two options: "surrender or die". Governor Hajdaj, however, denied blocking the city.

Ukrainian President Volodymyr Zelenskyy spoke of intense fighting in Sieverodonetsk late Sunday evening. The Ukrainian troops and the Russian army were fighting there "for every meter," he said. Army chief Valeriy Zalushny said "every meter of Ukrainian land" in the region was "soaked in blood." But not only the Ukrainian, but also the Russian army suffered heavy losses.

1 Baden-Württemberg: Rhein-Neckar Löwen sign Jacobsen... 2 Saxony: Hilbert: "I will fight for every vote" 3 Bavaria: emergency braking because of basketball players... 4 North Rhine-Westphalia: In a hurry to the prom: stopover... 5 North Rhine-Westphalia: young people seriously injured... 6 Baden-Württemberg: 25-year-old is said to have set... 7 Baden-Württemberg: With four per thousand and without... 8 "Flexibility comes before costs": The mood... 9 Bitter Bundesliga balance sheets: Hertha and BVB are... 10 Number two in the world for the first time: Zverev... 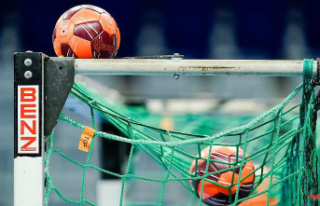