Is Germany well prepared for the coming corona waves? At "Anne Will" the guests argue about measures and the Infection Protection Act. 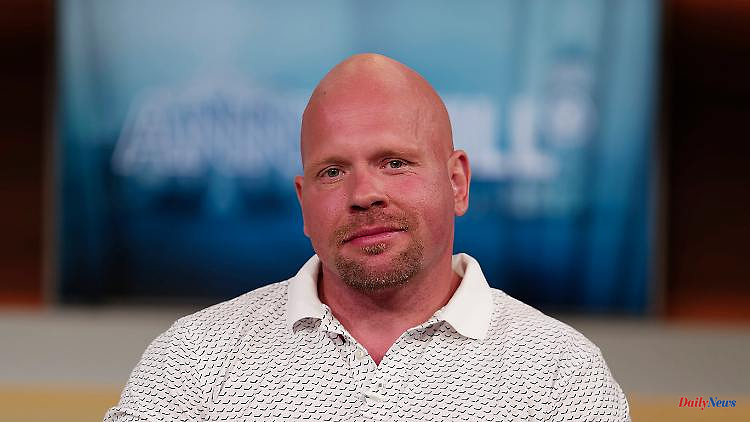 Is Germany well prepared for the coming corona waves? At "Anne Will" the guests argue about measures and the Infection Protection Act. While Minister of Health Lauterbach rules out lockdowns, intensive care nurse Lange is at 180 because of the situation in the hospitals.

The 7-day incidence in Germany is increasing rapidly. For the first time, the number of seriously ill people in the intensive care units has risen to 1,000. The country is in the midst of a summer wave, but a much worse situation in autumn is already expected. In the ARD talk show "Anne Will" things are heating up on Sunday evening when the status of the preparations for the autumn wave and the further course of action in politics are discussed.

On Friday, the committee of experts announced only vague results in its report on the corona measures. Nevertheless, the traffic light coalition is waiting for the paper until it starts working on the Infection Protection Act, parts of which will expire on September 23rd. Criticism is pouring down that politics has not come out of the quark and that the preparations for autumn have not started long ago. "I didn't need the report" for any insights, admits SPD Health Minister Karl Lauterbach to talk show host Will. But that's how it is in a coalition, because "the FDP asked us to wait until the report was available".

So has the FDP let too much important time pass to prepare Germany for the autumn wave with perhaps even more dangerous variants? Christine Aschenberg-Dugnus, parliamentary manager of the Liberals and member of the health committee, is put through the wringer right at the beginning of the discussion round. "We learned important things," she defends her party's position, "namely that we need more data." Anne Will counters: "As a long-time health politician, you knew that beforehand." Thanks to the report, however, it is now also known that "the psychosocial consequences" have to be taken into account to a greater extent, explains Aschenberg-Dugnus.

And anyway, according to the FDP politician, corona measures should only be decided with better data in the future. Your party no longer wants to write various instruments for virus containment in the Infection Protection Act. Lauterbach also makes it clear with a view to autumn and winter: "A lockdown is completely unrealistic, we don't need it anymore." Because the vaccination rate in the country is high enough for that. However: "I do not categorically rule out school closures, even if I do not believe that they will come," continues the SPD politician. One simply does not know which variants await us and therefore as many instruments as possible must be placed in the hands of the federal states so that one is “prepared for the difficult scenarios”.

In any case, the Federal Minister of Health explains, the cabinet would have already decided on other preparations for the coming waves, which would now be presented in the Bundestag. Only the Infection Protection Act is now on the agenda. "We have to be very well prepared in the fall. If not, then the citizens would rightly not forgive it," predicts Lauterbach. These resolutions deal with real-time data, wastewater monitoring (to help identify the spread of virus variants and mutations more quickly) and other vaccination campaigns.

However, talk show host Will complained that previously unvaccinated people could hardly be persuaded to be vaccinated now. The Minister of Health replies: "I definitely recommend the fourth vaccination for everyone over 60 years of age, because we can use it to reduce the mortality rate considerably." And with a new vaccination campaign, Aschenberg-Dugnus wants to "reach many who are afraid of an injection," or women who still mistakenly think "they would then no longer be able to get pregnant."

But the cabinet decisions are also about better protection for care facilities and hospitals. And when it comes to care, things suddenly get heated. That's up to Ricardo Lange. The well-known intensive caregiver has to wait a few minutes for his first contribution to the discussion, but then starts with a firework of criticism. Will would like to know how confident he is that Germany is better prepared than in the previous waves. "I'm sitting in front of the TV with my fists clenched," he says when he follows the discussions about attempts not to overload the health system. Things that had no place at all in the report of the Committee of Experts.

According to Lange, the hospitals are still anything but well prepared, but doctors and nurses always work far beyond the limit. "Patients are dying because there aren't enough staff," he says excitedly. "Carers sit in the hallway and cry." Ambulances could not drive to certain hospitals because there were not enough staff waiting to process the patients. "Mr. Lauterbach, what do you mean by overburdened?" Lange, now blushing, addressed the Minister of Health directly.

Lauterbach stammers that he has been working for years to "improve the situation" in the health system. He had "acted against the reduction in care" and is now working on the Care Relief Act. The key points are to be lashed down before the summer break. But that doesn't change the miserable situation for the nursing staff on site, Lange continues to rant. "We always go into a wave unprepared and then we're surprised there's no staff. How do you justify that?" Lauterbach remains calm and explains that "more and more young people are going into care" and that the situation is getting better.

Health politician Aschenberg-Dugnus also affirmed that the working conditions should be improved. "But how do you want to do that specifically?" asks Lange, after all, nurses have often heard such words, but nothing really happened. "Why are there no benefits? A soldier can retire at the age of 55, but nurses have to work until they are 67 or 70," argues the intensive care nurse to finally create new incentives for the job.

In the end, the round of talks at “Anne Will” didn’t come to fruition, the real problems in the care sector, such as higher salaries with an overarching collective agreement for everyone, more professionalism and opportunities for advancement, more attractive training, have not yet been solved by politicians even after two and a half years of the pandemic . This leads to staff shortages and that is why more patients are now dying from and with Corona or patients who could not initially be treated because of other diseases. Even with a new infection protection law and different corona measures, the autumn wave could bring Germany to its limit again. Doctors and nurses have been working on it for a long time anyway.

1 South Tyrolean young star is waiting: Djokovic finds... 2 Lyons. He blocks the metro line B by pulling the emergency... 3 After Tadworth attack, E-scooter rider is admitted... 4 "Excellent" against pandemic: medical officers... 5 Working late and early: According to the DGB study,... 6 Suspect: 22-year-old Dane: three dead in shooting... 7 Hesse: U-Committee interviewed lawyer behind closed... 8 MPs demand ban by the UK on two CCTV companies in... 9 In a decade, the number of pubs has fallen by 7,000 10 Cost of living: How do I save money on food? 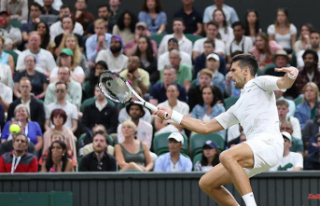