Since the start of the large-scale invasion of Russia, there have been no open domestic conflicts in Ukraine. 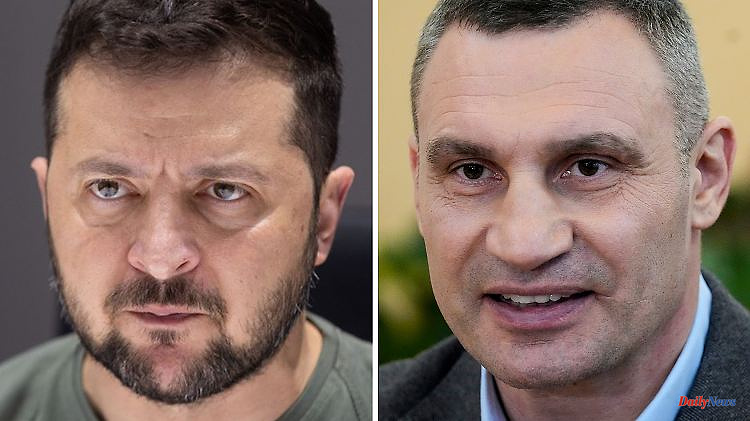 Since the start of the large-scale invasion of Russia, there have been no open domestic conflicts in Ukraine. President Volodymyr Zelensky ended this situation with his sharp criticism of Kiev's mayor Vitali Klitschko. The dispute between the two is not new.

Since the start of the Russian invasion of Ukraine nine months ago, a tacit truce has been in force in Kyiv. As long as the army of Kremlin chief Vladimir Putin is in the country, internal political strife should recede into the background and stay there. But now this consensus has been canceled - by President Volodymyr Zelenskyj of all people. The ex-actor publicly reprimanded the city administration of Kyiv under Mayor Vitali Klitschko, who has also been very prominent in Germany since his career as a professional boxer.

This was preceded by another Russian missile attack on the capital's power supply systems and elsewhere. This led to massive power outages practically everywhere in Ukraine, which are only slowly being repaired. However, Zelenskyy chose the capital alone for public scolding. "Many Kievans were without electricity for more than 20 or even 30 hours," the head of state complained via video. He expects a better job from City Hall.

Selenskyj did not mention any names. But it was also clear who he meant: Klitschko. After days, 600,000 households in the capital were still without electricity, said the President at the appearance on Friday evening. In the black hoodie, he referred to a project he personally announced, the "Points of Invincibility". At these points in the city, everyone should be able to warm themselves and be able to supply themselves with electricity and the Internet.

"In fact, only those points that were set up by civil protection and at the train station are normally equipped," Zelenskyj reproached. The rest are in miserable condition. In order to substantiate his statement, the 44-year-old member of parliament sent his party's "servant of the people" to have the heating points checked. Group leader David Arachamija later reported that more than 360 warm-up points had been checked. In schools and kindergartens, employees would have brought tea and pastries at their own expense. "But the city government only passed the crash test with 'poor' and has not drawn any conclusions so far." At the same time, Arakhamija praised the management of the Ukrainian railways: "They have 200 'invincible wagons' and a whole fortress," by which he meant the main station in Kyiv.

Since Klitschko has only limited opportunities to defend himself in the media in Ukraine, the former boxing world champion used his contacts abroad. About the "Bild am Sonntag" the 51-year-old called on his compatriots to unite in view of the Russian invasion. "We must continue to work together to defend the country and protect the infrastructure." Klitschko assured that the city had water and heating again. Now it is time to restore the power supply.

The 51-year-old with a white helmet showed up in one of Kyiv's thermal power stations. He shook hands in front of Soviet fittings and thanked the employees of the Kyivteploenerho company. "More than 3,000 people have worked day and night so that we can say that almost 98 percent of our city's houses have district heating," said Klitschko. At the same time, however, the mayor admitted that a good quarter of Kievans would still have to get by without electricity. On Sunday morning came the redeeming news from the Kiev military administration: almost everywhere in the city of three million people had electricity again. Water, heat and the mobile network have also been almost completely restored.

It's not the first time that Selenskyj and his administration have deployed heavy artillery against Klitschko. After Selenskyj took office in 2019, the then head of the presidential office, Andriy Bohdan, called for the resignation of the capital's mayor, who has been in office since 2014. "He's lost control of the situation in the city over the past five years," Bohdan said at the time.

At that time it was almost taken for granted that Selenskyj would at least sideline Klitschko. The office of elected mayor should be separated from the post of head of the city administration. Klitschko would have become a kind of greeting August. But things turned out differently: According to media reports, Klitschko managed to prevent his demotion through contacts with Selenskyj's confidante Andriy Yermak. Ermak is now in charge of the President's office.

According to some observers, Zelenskyj now seems to want to make a second attempt to eliminate Klitschko as a potential opponent in the upcoming presidential election in 2024. Alone: ​​Until then, it is important to end the war. And second, to survive the war. 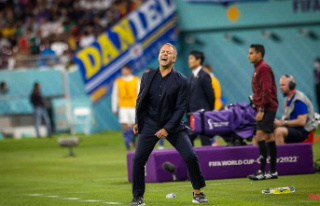