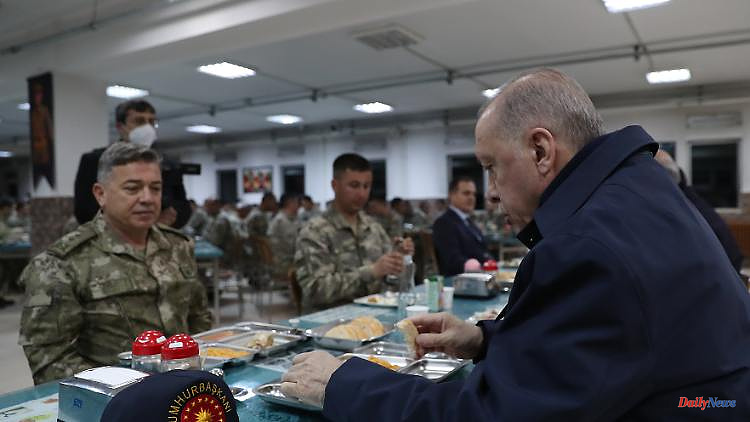 As disputes over Finland and Sweden joining NATO continue to smolder, activists report Turkish rocket fire in northern Syria. Erdogan announced shortly before that Turkey wanted to "cleanse" this region of "terrorists". There is no confirmation from Ankara.

According to activists, the Turkish army has again shelled areas under Kurdish control in northern Syria. The Syrian Observatory for Human Rights reported that several villages near the town of Tall Tamr were attacked in the morning. She bases her statements on local informants. The Kurdish news agency Hawar reported Turkish attacks with artillery and mortar shells. According to human rights monitors, the Turkish army had already fired on areas in northern Syria controlled by the Syrian Kurdish militia YPG on Wednesday. Targets near Manbij and Kobane were attacked. A military alarm had been raised in the region around the border town of Kobane, it said. Four people were killed.

It was unclear whether the bombings were related to the announced Turkish offensive. A request to the Defense Ministry in Ankara about the reports initially went unanswered. Turkish President Recep Tayyip Erdogan had previously announced that he would start a "new phase" in northern Syria and "cleanse" the towns of Tall Rifat and Manbij from "terrorists" from the Kurdish militia YPG. Last week, Erdogan threatened a new Turkish military operation in the neighboring country, which could lead up to 30 kilometers into Syrian territory.

Turkey already occupies areas in northern Syria and argues with security interests. The government in Ankara regards the YPG as an offshoot of the banned Kurdish Workers' Party PKK and as a terrorist organization. The USA, in turn, is working with the YPG in the Syrian civil war as a partner in the fight against the terrorist militia Islamic State (IS).

Turkey has invaded northern Syria four times since 2016. NATO allies - particularly the US - have spoken out against these deployments. The government in Washington has recently expressed concern about new offensives, saying they could undermine the stability of the region. The dispute also plays a role in the dispute over whether Finland and Sweden should join NATO. Erdogan opposed this, referring among other things to arms embargoes that were imposed in 2019 because of an offensive in northern Syria. 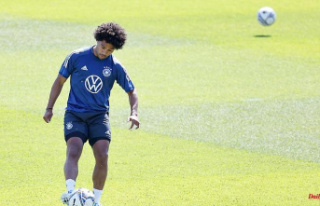