Fear of a cold winter: No, the Germans cannot become "war-weary".

Sometimes it is said that the Germans could become "war-weary". 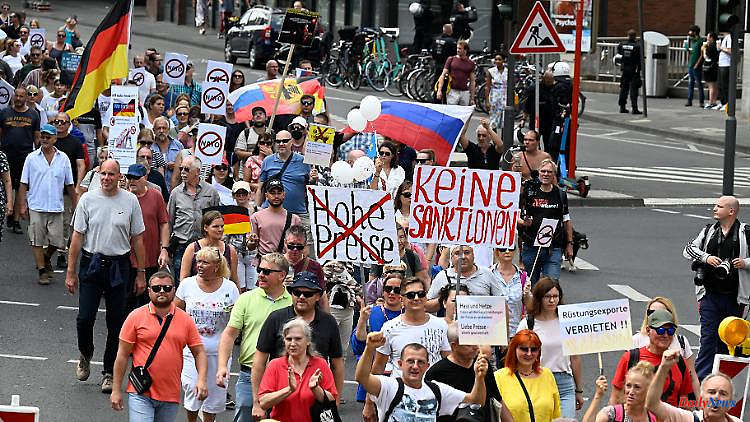 Sometimes it is said that the Germans could become "war-weary". That's absurd. But even without this false term: Germany cannot want the federal government to submit to Putin.

As emotionally difficult as the situation is for me as a Ukrainian, I can definitely understand the concerns of the German population - the fear of a harsh autumn and winter, cold apartments, rising prices and a recession. For every person and for every society, their own problems come first, that's humanity and that's neither good nor bad. Especially since the upcoming challenges are to be taken really seriously.

What I don't understand from my Ukrainian perspective, however, are the voices from Germany that speak of "war fatigue" and mean the Germans. To my knowledge, Germany has not been attacked and does not need to defend itself. I also have no sympathy for the outrage that football is being played again in Ukraine, that Ukrainians are going to restaurants again, while the Germans supposedly have to freeze for Ukraine. And of course all men of draft age must go to the front immediately, even if in reality it is of course not feasible to arm them all at the same time.

Yes, this winter probably won't be easy. But - and I expressly do not want to beg for sympathy for my compatriots here - it will probably be much more difficult in the Ukraine. The mayors of the major Ukrainian cities are already preparing the population for serious heating problems. The government does not rule out so-called rolling blackouts, which are intended to prevent a total blackout. The Russian-occupied Zaporizhia nuclear power plant, which the Russians want to connect to their own power system, also remains a problem. Before the war, up to 30 percent of Ukraine's power supply came from Europe's largest nuclear power plant.

Ukrainians deal with all these topics in everyday conversations, and there is a lot, even a lot, of discussion about an impending harsh winter. Even more serious is the fact that now everyone - including me - knows someone who was injured or killed by the Russians in this war. And the longer the war lasts, the higher the probability that you will be called up yourself. The Ukrainian army always tries to rely on people who have at least a little military experience. But the Ukrainian casualties are likely to be higher than the 9,000 deaths indicated by the general staff, even if they are probably a little smaller than those of the Russians. These soldiers must be replaced somehow.

Still, Ukrainians have no option to be war-weary, although of course one is tired after nearly 200 days of madness. They cannot afford it if they want to continue living as Ukrainians on their own territory. This is shown by the repression in the largely occupied southern district of Kherson, the true extent of which we do not know, but which can certainly be compared to the Bucha tragedy. It is also clear that Putin, who openly denies Ukraine's right to exist, will not stop where he is now. He may need a mock truce for his army to recover, and he may even have abandoned Kyiv. But it is obvious: he will not be satisfied without Mykolaiv, Odessa, Zaporizhia and Kharkiv.

For Ukraine and for Ukrainians, this is an unwanted war of independence. Defending ourselves is deeply existential for us. Fortunately, the war is not as hopeless as Russian propaganda tries to make it out to be. It is still too early to talk about the strategic prospects of the Ukrainian counter-offensive, but the first small successes in the Kherson district and in the Kharkiv district seem to be there - and the hectic, sometimes hysterical reaction of the Russian war propagandists shows that it is Ukraine probably doesn't look that bad.

Cuts in your own life are always difficult. But it also cannot be in the interests of the Germans for Ukraine to lose this war or become an eternal conflict that flares up again and again when the Kremlin pleases. Nor can Germany want the federal government to submit to Putin so that Russian gas can flow back to Germany. Because nothing else would be necessary - a stop to sanctions and arms deliveries. The Federal Republic's dependence on Russia, which Germany is trying to overcome, would be cemented.

Above all, however, the entire civilized world cannot want that in the 21st century an aggressor who wages a barbaric war of aggression solely for imperialist motives is also rewarded for it. Ukrainians are suffering tremendously on all levels from the Russian invasion. If they then want to switch off briefly in a restaurant, that can't be a reason to question solidarity with them. 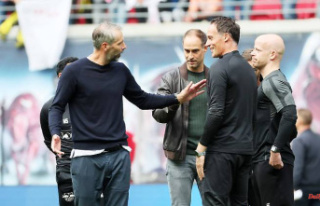