Grief and anger in Tehran: Mahsa Amini's death triggers a wave of protests 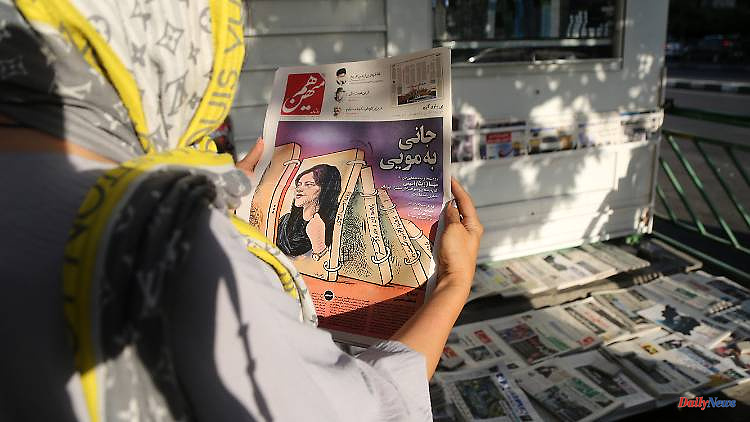 Three days ago, 22-year-old Mahsa Amini died in police custody in Iran. Now many people have taken to the streets to express their sadness, but also their anger. Several women even took off their headscarves in solidarity with Amini.

Thousands of people protested in the Iranian capital Tehran after the death of 22-year-old Mahsa Amini in police custody. Hundreds of demonstrators gathered on Keshawar's central boulevard alone in the evening, according to the Iranian news agency Fars. The police sometimes used water cannons and batons against the crowds. Demonstrators are said to have set garbage cans on fire and thrown stones. However, the majority of the protests were peaceful.

According to eyewitnesses, the police and security forces in the city were out in force on the streets. According to eyewitnesses, people gathered in Volkspark Mellat, and some shouted slogans critical of the regime. Several women took off their headscarves in solidarity with Amini. The young woman fell into a coma after being arrested by the religious police last Tuesday and died in a hospital on Friday.

In other cities and in Amini's home province of Kurdistan, many people took to the streets. According to media reports, there were also clashes between security forces and demonstrators. According to reports that have not been independently confirmed, shots were also fired in the city of Diwandareh. There was initially no official confirmation. In several places, the participants in the protests shouted: "We are not afraid, we are all together" - a slogan that became well known during the demonstrations after the disputed presidential election in 2009.

In Iran and internationally, Amini's case had caused great sympathy and dismay. On the Internet, many Iranians mourned the young woman who was arrested by the moral and religious police on Tuesday during a family visit in Tehran because of her "un-Islamic" outfit and taken to a police station. According to the police, she fainted and then fell into a coma due to heart failure. Her death was confirmed on Friday.

However, another version was also circulating online. After the arrest, her head was banged against the window in the police car, causing a cerebral hemorrhage. The police vehemently denied this account. After her death, the clinic where the 22-year-old was treated wrote in a since-deleted post on Instagram that Amini was already brain dead when she was admitted on Tuesday. The police again rejected any blame for the death of the young woman.

The allegations are "baseless," said the capital's police chief, Hussein Rahimi, according to the news agency Mehr. The police are always trying to ensure that such cases do not occur, said Rahimi. "It's our job by law to remind women of the dress code," said the police chief. "What they wear at home is their business, but not in public." However, they did not harm the woman's hair, assured Rahimi.

The police and the government of President Ebrahim Raisi have been at a loss for explanations since Amini's death and the nationwide criticism. The police tried to prove her innocence with several unverifiable video recordings. The conservative newspaper Keyhan, which is considered the voice of hardliners, and other government politicians supported the version. They accuse the critics of inciting unrest against the Islamic Republic and of wanting to spread lies. At the same time, Raisi ordered the case to be thoroughly reviewed.

Prominent Iranian women joined the protest on the Internet out of solidarity, for example by cutting off their hair or publishing pictures without a headscarf. Among them were well-known actresses Anahita Hemmati and Schabnam Farschaddschu. Iran has had strict dress codes since the Islamic Revolution in 1979.

In the metropolises and wealthier districts in particular, many women now see the rules as rather relaxed - to the annoyance of ultra-conservative politicians. The Raisis government and hardliners in parliament have been trying for months to enforce Islamic laws more strictly. The vice police sometimes enforce the dress code with violence.

1 Breaks the EU alliance against Putin?: When Italy... 2 Complex task: Kristersson is to form the Swedish government 3 Queen Elizabeth II buried: moving farewell to a monarch... 4 2.5 million per person: There are probably around... 5 North Rhine-Westphalia: 1-0 against Saarbrücken:... 6 Mecklenburg-Western Pomerania: Police: 4,500 people... 7 He was surprised himself: Jauch has something to do... 8 Hesse: Frontal collision on A671: Two seriously injured 9 Mecklenburg-Western Pomerania: More than 10,500 people... 10 Dow Jones closes in the black: fear of recession makes... 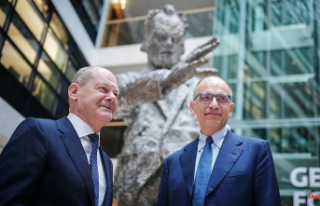 Breaks the EU alliance against Putin?: When Italy...