Hellfire, Stinger, Viper Strike: what can the long-range drone Gray Eagle do?

The US government apparently wants to deliver one of the deadliest long-range MQ-1C Gray Eagle drones to Ukraine. 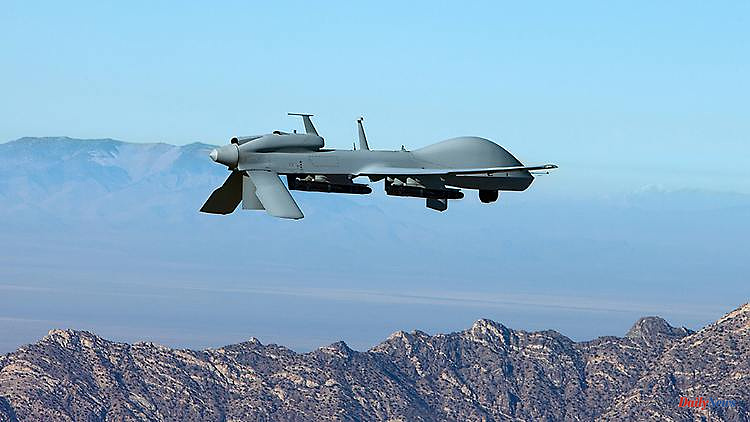 The US government apparently wants to deliver one of the deadliest long-range MQ-1C Gray Eagle drones to Ukraine. What makes this drone so deadly is not its range of almost 400 kilometers, but rather the extras it can carry in the form of Hellfire, Stinger or Viper Strike.

The US government recently refused to send fighter jets to Ukraine. Now it plans to arm Ukraine with some of the most advanced and deadly long-range drones currently in existence, reports Reuters.

The plan is to sell four MQ-1C Gray Eagle drones, each capable of carrying eight Hellfire anti-tank missiles with a range of up to five miles. The Gray Eagle drone itself has a range of 400 kilometers. It could therefore penetrate far into the Russian hinterland without any problems.

It is precisely at this point that concerns are likely to arise in the US Congress, which can still reject the request. An attack on Russia with US weapons would have a possible retaliatory strike, as in the case of the rejected MGM-140B ATACMS short-range ballistic missiles with a range of up to 300 kilometers, which can be fired from the HIMARS (High Mobility Artillery Rocket System) artillery system the USA as a result.

But what else sets the MQ-1C Gray Eagle drone apart? According to the manufacturer General Atomics Aeronautical Systems, it has a wingspan of 17.7 meters and is 8.5 meters long. It has an automatic takeoff and landing system (ATLS), which makes the work of the helmsman on the ground much easier.

The Gray Eagle can also fly at an altitude of up to 8839 meters and remain there between 36 and 45 hours without external tanks. In this respect, the drone is also used for reconnaissance, surveillance and target acquisition.

The sensors on the Gray Eagle can merge before-and-after infrared images and even detect buried explosive devices using the visible changes caused by tire tracks or footprints. The Gray Eagle's heavy fuel engine delivers 205 hp and, depending on the fuel additives, allows a payload capacity of up to 240 kg. The maximum speed is 309 km/h.

In addition to the already mentioned Hellfire missiles, the Gray Eagle can also carry AIM-92 Stinger missiles. The so-called ATAS (Air To Air Stinger) is an air-to-air missile that was actually developed for use in helicopters such as the AH-64 Apache. The missile itself is identical to the Stinger, the shoulder-launched surface-to-air missile that has a range of five miles and is designed to attack targets from low altitudes.

Another option is to transport the GBU-44/B Viper Strike glide bomb. These so-called BAT (Brilliant Anti-Tank) munitions use passive infrared and acoustic sensors to locate, attack and destroy moving tanks and armored vehicles deep in enemy territory. The BAT is an autonomous weapon capable of detecting moving targets through its seekers. It doesn't matter whether it's day or night or whether adverse weather conditions impair visibility. Carried to the target area by the Gray Eagle drone, a GBU-44/B Viper Strike can autonomously cover another ten kilometers to the final target.

In the end, however, as long as the US Congress has not given the green light, it is not certain whether the MQ-1C Gray Eagle will be delivered to Ukraine at all. And if so, there is still the question of which missiles the USA will supply.

1 For the first time a woman at the top: CDU woman Gönner... 2 Justice. French kidnapped by Nigerians in 2010: Areva... 3 Not all people see it: optical illusion has a scary... 4 Bavaria: Nuremberg names place after "NSU"... 5 Bavaria: German weather service warns of thunderstorms... 6 North Rhine-Westphalia: Gas and brake mixed up: Senior... 7 Saxony: driver dies after an accident near Freital... 8 Bavaria: Söders Kreuzerlass: Administrative Court... 9 Both pregnant for the fourth time: Twins give birth... 10 Landlords complain about higher costs: Oktoberfest:... 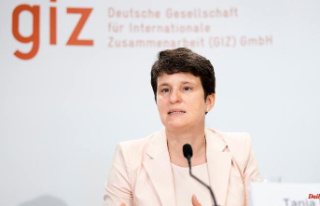 For the first time a woman at the top: CDU woman Gönner...