Again and again the Kyiv asks the federal government for the delivery of German battle tanks. 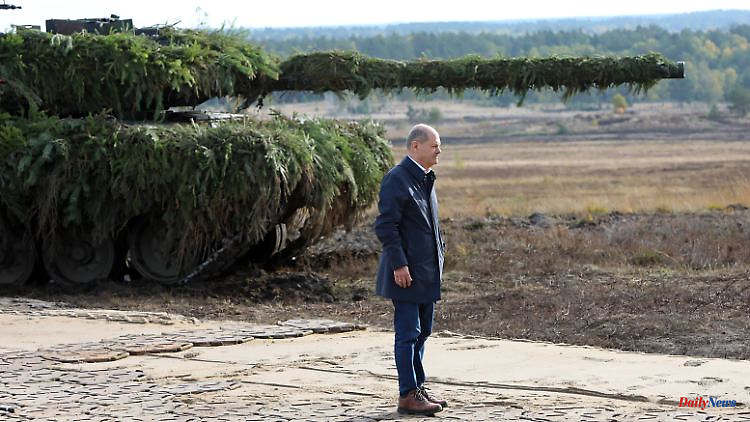 Again and again the Kyiv asks the federal government for the delivery of German battle tanks. Chancellor Scholz, however, is reluctant to go it alone. The Ukrainian Deputy Foreign Minister Melnyk therefore proposes founding a "European tank alliance".

The Ukrainian Deputy Foreign Minister Andriy Melnyk has again demanded that the federal government deliver battle tanks and armored personnel carriers for the defense against Russia. He wished that Chancellor Olaf Scholz "finally reconsidered the restraint, for example, with the 'Leopard' battle tank and the 'Marder' infantry fighting vehicle," said the former ambassador of Ukraine in Germany to the editorial network Germany (RND).

"If the federal government does not want to go it alone with the delivery, then Germany could pursue a leading role on the continent, forge a European tank alliance." Melnyk had already called for such an alliance in October when he left Berlin as ambassador. At that time he suggested in the "Welt am Sonntag" that the European states with existing stocks of "Leopard 2" tanks join forces and deliver ten percent of the 2,000 units to Ukraine.

Ukraine has long been asking its allies for Western-style battle tanks and infantry fighting vehicles. According to Ukrainian information, talks are underway with the federal government about the delivery of the German makes "Leopard 2" and "Marder". Chancellor Olaf Scholz does not want to deliver such tanks as long as they are not provided by other alliance partners. The SPD politician has repeatedly emphasized that Germany will not go it alone on this issue.

Melnyk now told the RND that in addition to "Leopard" and "Marder", Ukraine needs German armored vehicles of the "Fuchs" and "Wiesel" types. The fox is an armored personnel carrier, the weasel is a light and agile tracked vehicle. "What we also urgently need is ammunition," emphasized the Deputy Minister.

Referring to the visit to the USA by Ukrainian President Volodymyr Zelensky and the American commitment to supply a Patriot air defense system, Melnyk said: "The Ukrainians hope that Chancellor Scholz and the traffic light coalition will also follow the American example in order to increase military support for my To massively increase Heimat without ifs and buts. That also includes German Patriot systems." The Bundeswehr also has these defensive weapons and only recently assured Poland that three systems would be deployed. However, government spokesman Steffen Hebestreit has already made it clear that none are now available for Ukraine.

Melnyk was ambassador to Germany for almost eight years and returned to Kyiv in mid-October. He had made a name for himself with criticism of the federal government, which was unusually sharp for a diplomat. In the first months of the Russian war of aggression against Ukraine, he became one of the most frequent guests on German talk shows. Melnyk constantly called for battle tanks and anti-aircraft guns and accused the German government of being hesitant. 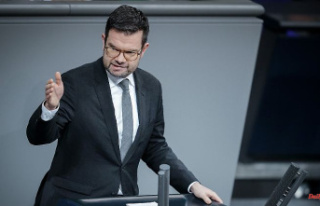 Price jumps due to inflation: Buschmann sees no need...