Measures after corona infection: Baerbock travels back in a separate cabin

A stewardess in protective clothing, bodyguards in quarantine and the establishment of a "private office": Strict rules apply to Foreign Minister Baerbock's flight to Berlin so that she does not infect anyone with Corona on the way. 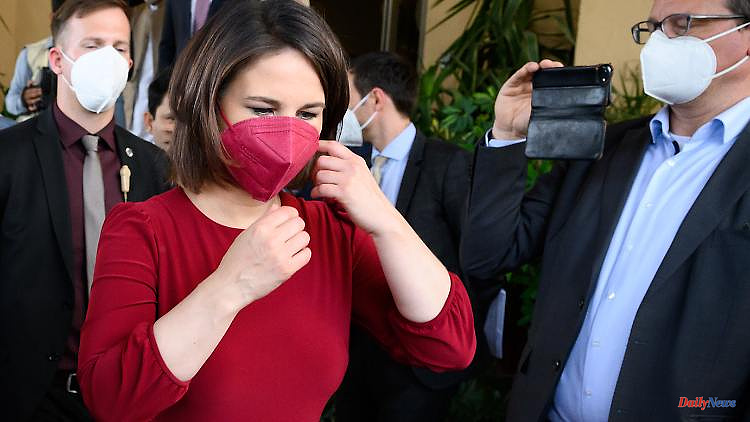 A stewardess in protective clothing, bodyguards in quarantine and the establishment of a "private office": Strict rules apply to Foreign Minister Baerbock's flight to Berlin so that she does not infect anyone with Corona on the way.

Foreign Minister Annalena Baerbock traveled from Pakistan back to Berlin under isolation conditions because of her corona infection. On the flight from the capital Islamabad to Berlin, the Greens politician used a separate cabin ("private office") behind the cockpit of the government aircraft. There she had a separate toilet and an intercom. Contact with the flight attendants and the 30-strong delegation traveling with them was kept to a minimum.

Bodyguards from the Federal Criminal Police Office (BKA) drove Baerbock separately from his fellow passengers from the hotel to the Airbus A319 of the Air Force's flight readiness service. After arriving in Berlin, the officers also take her home to her apartment in Potsdam. For the bodyguards, who are in close contact with the minister every day, their own quarantine rules would apply, it said. According to information from delegation circles, Baerbock had developed “clear flu symptoms” since Tuesday evening.

On the flight, Baerbock was supplied with a mask and goggles by a flight attendant in full corona protective clothing. The minister received a meal, service aisles had been reduced to a minimum, it said. Other infections in their delegation are not yet known.

Baerbock had to cancel her trip on Tuesday after two positive corona tests shortly after it started in Islamabad. At lunch with her counterpart Bilawal Bhutto Zardari, shortly after the start of the visit, she realized that she no longer tasted anything. As a result, a rapid corona test was positive. A subsequent PCR test was also positive. 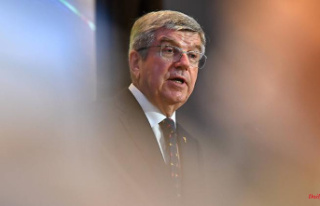