Because of the impending gas shortage, the Social Democrats are sounding the alarm: Savings should be decided now. 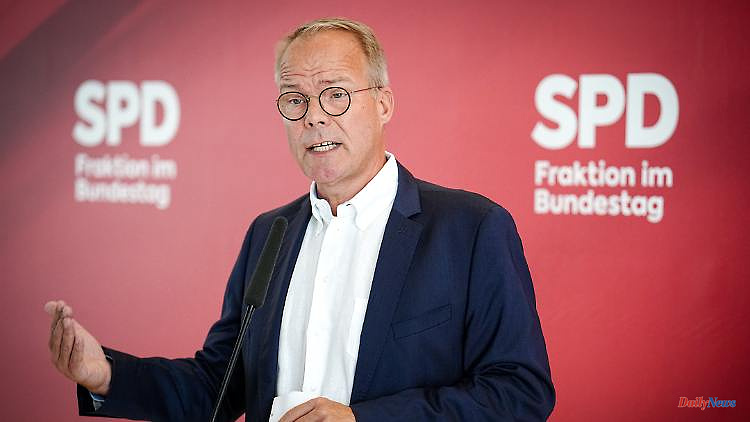 Because of the impending gas shortage, the Social Democrats are sounding the alarm: Savings should be decided now. In an interview with ntv.de, parliamentary group leader Miersch also spoke out against longer runtimes for nuclear reactors.

The deputy chairman of the SPD parliamentary group, Matthias Miersch, spoke out in favor of an early "energy summit" led by Chancellor Scholz with the federal states and municipalities. There should be a binding decision on the volume of energy saving in the coming months, said Miersch in the ntv program "Frühstart". "We need to put the issue of savings on the agenda." As examples, Miersch named the switched off lighting of monuments like in Berlin or the heating temperatures in public buildings.

Miersch also called on the energy suppliers to inform their customers about future price increases before the actual billing. "In any case, you have to inform that the next few months are really uncertain, that you should use everything to save energy and, in the end, of course, about price increases." This is the only way consumers can prepare themselves, for example, by making higher advance payments. "The bills will come and they will be high," said Miersch.

The SPD politician spoke out against levying VAT on the gas levy in October. "I am assuming that we will clarify this question and that there will not be a tax increase there." Miersch also announced relief for citizens over and above what has been decided so far. "Of course we will also have to talk about further measures." To finance it, he renewed the call for an excess profits tax. "At the moment we have corporations that are making a lot of money. They now have to take responsibility for an excess profit tax."

In the debate about the future of nuclear power, Miersch spoke out against extending the life of the remaining nuclear power plants. The current stress test of the AKW should only examine whether a stretching operation of the remaining piles is a solution. He called debates about extending the term until 2024 "show discussions". Anyone who is demanding this does not actually want the energy transition. "They want to slow down renewables and they want to go back to an antiquated energy policy."

According to Miersch, the first stress test also showed that nuclear power could not replace gas to any significant extent. In order to compensate for possible peak loads, the federal government has brought coal-fired power plants into reserve.

1 Decay advanced: Eleven bodies found on avocado plantation... 2 Scholz wants to "demystify": Why is the... 3 Back in the black for the first time: Lufthansa cuts... 4 Image change at Bayern: Hasan Salihamidžić: "I... 5 A gift for Putin: How the Serb Aleksandar Vučić... 6 Temperature Shock Needed: Heat wave does not affect... 7 Study on life expectancy: men do not live shorter... 8 Thuringia: serious theft in the supermarket in Bad... 9 Thuringia: AfD in survey the strongest force in Thuringia 10 30 bargains for your manager game 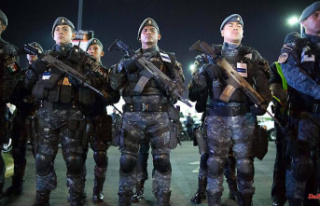