"Negotiating scope changed": According to Kyiv, the Russians want to negotiate again

The negotiations have been on hold for months - now Russia is said to have launched a new initiative for talks. 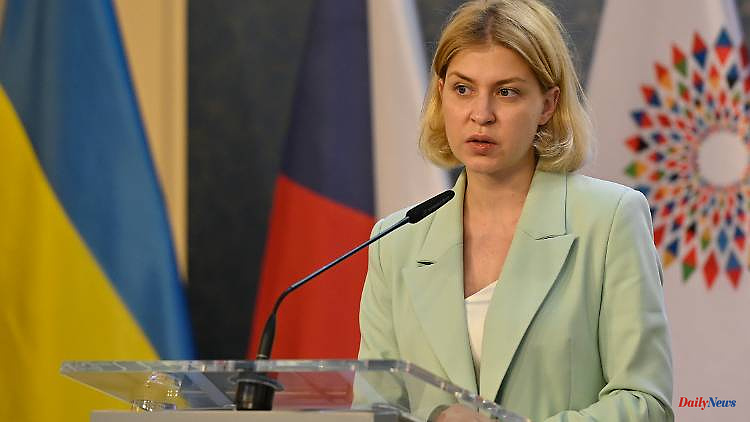 The negotiations have been on hold for months - now Russia is said to have launched a new initiative for talks. While the Kremlin is signaling a cautious readiness, Kyiv is making it clear: in view of the Russian crimes, the starting point for talks has changed.

After gaining territory for the Ukrainian army in the east of the country, Russia is apparently again willing to negotiate, according to the Ukrainian account. Ukrainian Deputy Prime Minister and Minister for European Integration Olha Stefanishyna said Russian officials have been reaching out to Ukraine in recent days to negotiate.

At the same time, she made it clear that the basis for negotiations had changed with the successful counter-offensive. "Ukraine has never withdrawn from the negotiations," Stefanishyna said in an interview with France 24. "But in view of the seriousness of the crimes that Russia has committed and continues to commit, the scope for negotiations is different than in February."

On Sunday, Russia's Foreign Minister Sergey Lavrov signaled the Kremlin's willingness to resume talks - but he stuck to his demands on Ukraine to agree to the territorial losses in Donbass and to "demilitarize" and "denazify" the country. Russia does not oppose negotiations, but the longer the process is delayed, the more difficult it becomes to reach an agreement," Lavrov said.

Stefanishyna, on the other hand, was confident that the Donbass region - with the breakaway Luhansk and Donetsk regions - and the annexed Crimean peninsula will come back under Ukrainian control as a result of the Ukrainian advance. She urged European leaders to impose more sanctions on Russia, including targeting Russia's dependence on Europe's needs for gas and resources. Gas deliveries from Russia and deliveries of other resources - such as uranium - have not yet been sanctioned.

Because of the huge increase in fuel prices, Russia continues to earn billions from exporting oil, gas and coal to Germany and other countries. In the first six months of the war, Russia generated revenues of 158 billion euros from the export of fossil fuels due to the sharp rise in prices, writes the independent research organization Center for Research on Energy and Clean Air (CREA).

According to the Finland-based organization, this is significantly more than Russia is estimated to be spending on the Ukraine war: CREA estimates these war costs at around 100 billion euros. The export of fossil fuels contributed around 43 billion euros to the Russian state budget and thus helped to finance war crimes in Ukraine.

1 Bill in US Senate: Graham wants a nationwide ban on... 2 Replacement for the Hartz IV system: These changes... 3 After Schneider left: Left boss Schirdewan: Wagenknecht... 4 'What they fear most': Ukraine plans new... 5 Turning point reached?: US government sees new momentum... 6 Ukraine talk at Maischberger: "It's worth... 7 'Just tip of the iceberg': US: Kremlin spent... 8 Conservative legend: Clinton special counsel Kenneth... 9 The day of the war at a glance: Ukraine reports 300... 10 Georgia's ambassador to ntv.de: "We have... 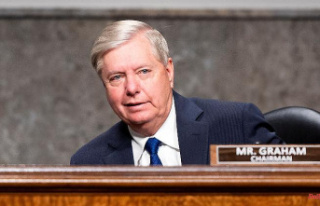 Bill in US Senate: Graham wants a nationwide ban on...