The then Prince Charles once said that he wanted to improve things instead of awarding them medals. 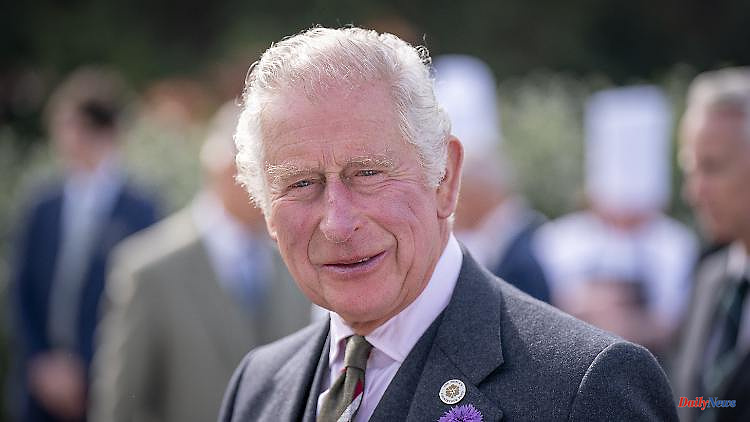 The then Prince Charles once said that he wanted to improve things instead of awarding them medals. There is much to suggest that, as king, he is aiming for a different style of government to that of his mother, Elizabeth II. He will probably take a political position - and sort out members of the royal family.

The queen is dead, long live the king! This saying also applies to the British monarchy, because there must be no vacancies on the throne. Charles became king at the proud age of 73. Before that, no one had to wait as long for the throne as he did. The new king's first task is to preside over the nine-day memorial service for his mother. According to a report by The Guardian, after his proclamation he will first embark on a tour of the four parts of the UK - England, Scotland, Wales and Northern Ireland - before returning to London.

Will he become the conscience of the nation? An organic farmer who always gives his opinion on political issues? It was once said by those close to him that Charles felt the prospect of the throne was a "prison". He didn't want to while away his life awarding medals, but wanted to tackle problems. "For as long as I can remember, I've had this extraordinary feeling of wanting to heal and want to make things better," he once said.

Unlike Queen Elizabeth II, Charles never shied away from taking a stand. He fought against climate change, stopped controversial construction projects and helped poor young people. In notes - also called black spider memos because of his scrawled handwriting - the heir to the throne tried to influence members of the government and got into trouble with it. As a king, observers used to fear that he could have split the nation with his standpoints and influence.

During the state visit of Chinese President Xi Jinping in London, he demonstratively stayed away from the banquet in Buckingham Palace. This was interpreted as a protest against human rights abuses in the country. The British took particular offense at the way he treated his first wife Diana, the Queen of Hearts. Shortly after the engagement, the couple's response to the question of whether they were in love caused a frown: she burst out with a "Yes, of course!" out, he said, "Whatever being in love means."

After the wedding, he cheated on the immaculately beautiful Diana with his childhood sweetheart Camilla Parker Bowles, who was derided as a Rottweiler by some British media. A War of the Roses began. When tape recordings revealed that Charles wanted to be reborn as Camilla's tampon, many Britons thought Charles the future king would be unthinkable.

In 1996 the couple divorced. Just a year later, Diana died in a car accident in Paris. In 2005, Charles married Camilla. The two gained respect again - very slowly but steadily - through their serious demeanor and a lot of diligence. The heir to the throne represented his mother on countless appointments, traveled through Europe as an ambassador to appease the European partners disturbed by Brexit and was closer to the people than ever before.

Privately, the couple goes hiking and fishing, away from the glitzy world. Charles' reputation as a spoiled loner who talks to flowers has never quite sunk in. Dream analyses, spiritually influenced experiences in the Kalahari Desert, his preoccupation with Islamic Sufism - that may sound a bit suspect. Sally Bedell Smith describes him in her biography as "hopelessly thin-skinned" and intolerant of dissenting opinions, but also as a free spirit with an extraordinary sense of aesthetics. In her book, the US journalist Catherine Mayer draws the picture of a top entrepreneur who also sowed a lot of envy and resentment.

In short: He is an ambivalent personality. Those around him suspected the causes to be his rather difficult relationship with his parents and his upbringing. Prince Charles complained that his mother hardly had time for him and his three siblings. Often ailing, not exactly sporty and afraid of horses - the Queen is said to have considered her eldest a late bloomer. But as they got older, they learned to appreciate each other. In 2017, the BBC feature film King Charles III speculated what might happen if the Queen died.

The content seemed bizarre: the new king refuses to sign a law restricting the freedom of the press. This triggers a constitutional crisis and nationwide protests. The film Charles then orders a tank in front of Buckingham Palace. So far the fantasy on TV. Charles had plenty of time to think about his role. He has been heir to the throne since February 6, 1952. He was three years old when his mother became queen and an era began. In order to follow in their footsteps appropriately, the aged monarch lacks enough time to live.

1 The day of the war at a glance: Ukraine conquers many... 2 Mourning for "beloved mother": This is how... 3 After the Queen's Death: Charles III. is king 4 Qatar approves alcohol compromise: fans aren't... 5 Disillusionment after the league high: Belgians hailed... 6 Accusation of physical harm: Doctors probably injected... 7 Hesse: Rhine honors deceased Queen Elizabeth II. 8 North Rhine-Westphalia: Wüst: NRW mourns with the... 9 Bavaria: 29-year-old driver dies after a collision... 10 "She shaped an era": Politicians around... 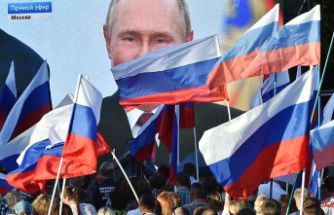 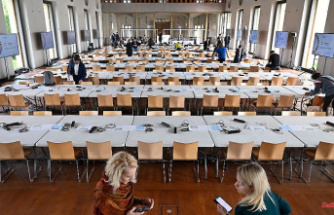 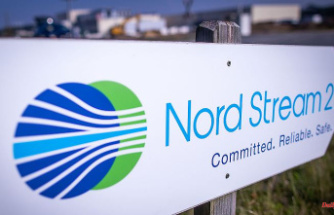 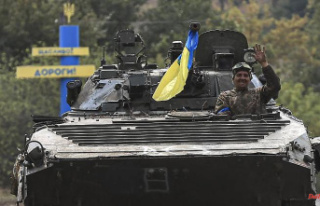 The day of the war at a glance: Ukraine conquers many...