Purchasing power: what the amending budget voted in the Senate contains

The left voted against, the right for. 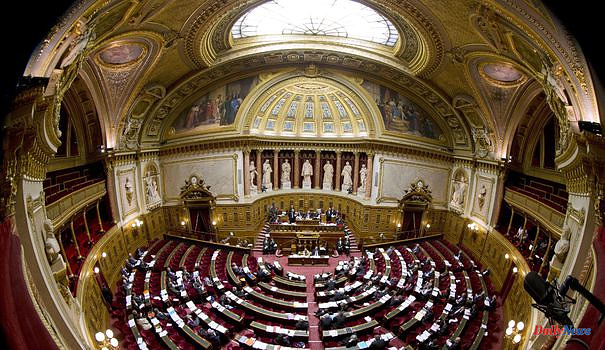 The left voted against, the right for. The Senate adopted at first reading, shortly before 4 a.m. this Wednesday, August 3, the second part of the measures to support purchasing power. In detail, 225 senators voted in favor of the text, and 101 against.

The socialist Rémi Féraud deplored "social setbacks" added by the senatorial majority, on the right. Pascal Savoldelli (CRCE with a communist majority) pointed to "a now clear complicity between the senatorial right and the government". Christine Lavarde (LR) on the contrary welcomed that the contributions of the Senate "reinforce purchasing power through work", while the centrist Sylvie Vermeillet made "a mixed report".

The rectified budget for 2022 opens up 44 billion euros in credits, including 9.7 to finance the 100% renationalization of EDF. In particular, it provides for the continuation of the tariff shield on energy and the fuel discount at 30 cents per liter in September and October then 10 in November and December, and the revaluation of the index point for civil servants. The Senate also voted to abolish the TV license fee, promise of Emmanuel Macron. Like the Assembly, the Senate ruled out taxation of the "superprofits" of large groups, yet carried, in addition to the left, by the centrist group, the second component of the senatorial majority. With the support of the Minister of the Economy Bruno Le Maire, the Senate has also made permanent the increase from 5,000 to 7,500 euros in the ceiling for the tax exemption of overtime, voted by the National Assembly for the year 2022 alone.

Regarding the price of fuel, the general rapporteur for the budget Jean-François Husson (LR) did not wish to return to the compromise found by the government with the LR deputies. Bruno Le Maire also deemed it "wise" to stick to the solution adopted by the National Assembly. He considers it possible to have, with the discounts from distributors and oil companies, "a price per liter of petrol or diesel at the start of the school year around 1.50 euros". Other measures voted by the Assembly were however modified by the Senate. Overview.

The senators replaced, against the advice of the government, the exceptional back-to-school bonus of 100 euros, reserved for social minima, with an exceptional increase of 150 euros for beneficiaries of the activity bonus. The amendment was adopted by the LR and centrist groups, with the exception of a handful of them. The left reacted strongly to this amendment by the general rapporteur for the budget Jean-François Husson (LR). "You take advantage of the night to allow you to hit the poorest once again", accused the ecologist Thomas Dossus; the socialist Rémi Féraud castigating for his part a "very ideological amendment". The aid was nevertheless maintained for recipients of the Disabled Adult Allowance (AAH).

For the general rapporteur of the budget Jean-François Husson, it is a question of "ensuring that the French who occupy a job, poor or modest workers, find at the time of the start of the school year exceptional support of 150 euros per household". “We must give a signal” to these workers who “often miss out” on aid, he added. The Minister Delegate for Public Accounts, Gabriel Attal, gave an unfavorable opinion on this amendment, which "would amount to withdrawing the benefit of aid from 4 million poor households".

The High Assembly also voted, against the advice of the government, the perpetuation of the possibility for companies to buy back the days of RTT from employees, planned by the deputies only until the end of 2023 - redemption exempt from taxes and contributions .

"We are in the middle of the night in August to bury the 35 hours", had already accused Thomas Dossus. Socialist David Assouline spoke of a "coup of force", like the unions protesting against the measure, seen as a bad response to inflation. "We assume perfectly to put a corner in the 35 hours by leaving the freedom to the employees to convert the days of RTT not taken into salary", affirmed Christine Lavarde.

The senators adopted by 242 votes against 95 an amendment carried by Philippe Mouiller (LR) providing for "the first credits (20 million euros, editor's note) allowing the launch of the construction site of the establishment of a biometric vital card". The objective, according to Philippe Mouiller, is to fight against fraud, which would reach "6 billion euros, according to the lowest estimate". This is a strong request from the leader of senators LR Bruno Retailleau.

This amendment "will speed things up," said Gabriel Attal, who lifted the pledge. However, he stressed that "the essential issue is to obtain the support of health professionals". The Minister of Health, François Braun, had recently proposed the establishment of a "parliamentary mission" on this biometric Vitale card, demanded for a long time by the right and the far right.

At the end of the day, Tuesday August 2, the Senate voted with the partial approval of the government for additional support for communities affected in particular by the increase in energy prices and the rise in the index point for civil servants, bringing the total envelope at 750 million euros.

The Assembly had already voted at the end of July, against the advice of the government, for 120 million euros to the departments in order to compensate for the 4% increase in the RSA, which they pay. The right-wing dominated Senate validated the measure. And to compensate for the 3.5% increase in the civil servants' index point, the deputies had planned 180 million euros for the benefit of municipalities and intermunicipalities in difficulty, in a fiercely negotiated "compromise".

The senators wanted to go further, in a "common desire to support communities". They validated an amendment broadening the eligibility criteria for municipalities and raising the rate of compensation for energy expenditure and food expenditure for school canteens in particular. Another amendment from the Centrist Union further increased the number of eligible municipalities. 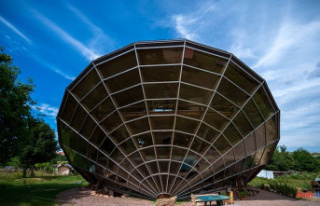 In Alsace, a "solar house" in response to...