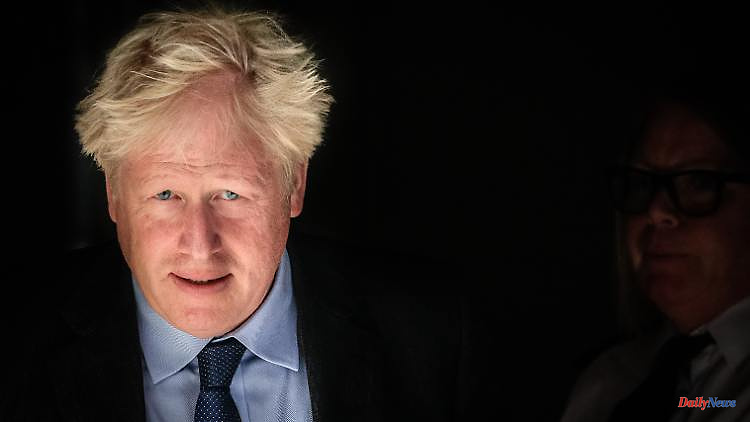 His party supported broken promises, but collapsing approval exposes Boris Johnson as a trickster. That may be the wrong motive, but at least British democracy is still capable of getting rid of an incompetent leader.

In the years when Boris Johnson was still successful, he was everything at the same time. Joke figure and savior, man of the people and elitist rascal, pragmatic politician and opportunistic populist. It didn't do him any harm, on the contrary: his ego was large enough to cover up the political differences in his Conservative Party, such as those between the neoliberals and the social wing. Johnson was also able to survive the many scandals for an amazingly long time, collateral damage to his unshakable self-confidence.

But now the measure is full, the clown has to go. His poll numbers have fallen dramatically, his ministers have left the prime minister in droves, and he has become a burden for his party. It's only marginally about politics, which is a shame, because Johnson failed here too, he cheated and lied here too.

Johnson had always sharply criticized the backstop negotiated with the EU by his predecessor Theresa May: The regulation was intended to ensure that a hard border between the north and the republic on the Irish island was prevented. In 2018, Johnson called this compromise an "explosive vest" wrapped around the British Constitution. Only a year later, now Prime Minister, Johnson negotiated the Northern Ireland Protocol with the EU, which replaced the backstop. The immediate consequence of the agreement was that customs controls between Northern Ireland and Great Britain became necessary - which Johnson flatly denied. The problem has not been solved to this day.

Johnson is also leaving behind an economy that is a far cry from the booming Britain he promised as a result of Brexit. "Just a decade ago, the average Briton was as wealthy as the average German," writes Atlantic magazine in an analysis. "Now they are about 15 percent poorer."

His party would have supported political tricks and broken promises, but in the end Johnson stumbled over the sum total of his scandals, above all "Partygate" and the Pincher affair, which made it clear that Johnson is essentially an unprincipled narcissist. Dealing with him became a moral and strategic question for his party: Can loyalty to this prime minister be reconciled with conservative values? And, probably crucially, can the Tories still win elections with him?

A growing number of his party colleagues are now answering both questions with no. The resignation is good for the democratic culture in Great Britain, even if it does not end the country's political crisis. But in the end it was just too many lies.

Johnson's resignation confirms a basic rule of political scandal communication: Dealing with it is often more dangerous than the actual allegations. But he also shows that political figures who consider themselves untouchable end up falling over this arrogance - if the democratic system is still intact.

1 He remains prime minister (for the time being): Johnson... 2 Massive expansion of renewables: Habeck delivers nerve-wracking... 3 Even fewer flights from Friday: Lufthansa is further... 4 World without packaging waste: "50 percent less... 5 US star faces ten years in prison: Russia etches against... 6 Of pain and demons: Kyrgios, Nadal and their struggles... 7 Serious complications: Fernando Brandao barely survived... 8 No longer just rumours: Cathy and Mats Hummels are... 9 Off on vacation: with which driver's license... 10 North Rhine-Westphalia: Disproportionate increase... 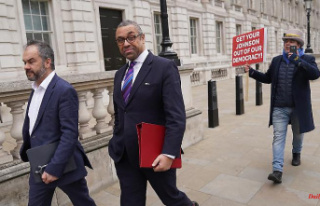 He remains prime minister (for the time being): Johnson...