The day of the war at a glance: Kyiv has full armories - Putin sees himself as Tsar Peter

In Sievjerodonetsk, the Ukrainian army fights a fateful battle and accepts high losses in return. 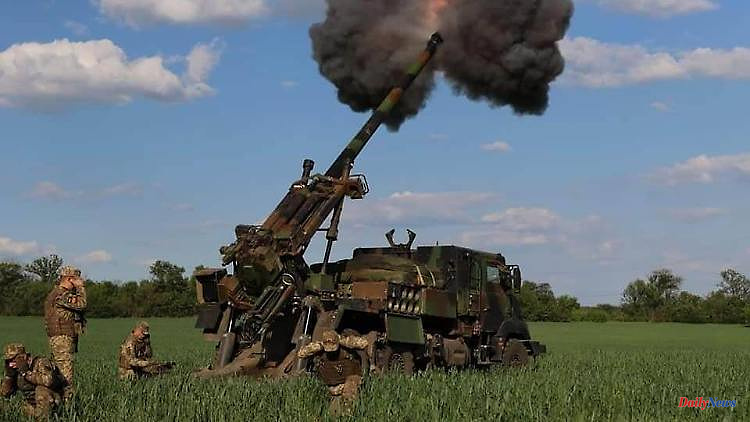 In Sievjerodonetsk, the Ukrainian army fights a fateful battle and accepts high losses in return. According to the Ministry of Defense in Kyiv, western arms deliveries mean that arms depots are well stocked. Russian President Putin thinks he is following in the footsteps of Tsar Peter, while Chancellor Scholz sees him as a future loser. The 106th day of the war at a glance.

In the eastern Ukrainian city of Sieverodonetsk, according to military commander Petro Kusyk, every house is being fought for. The entire city is under artillery fire from the Russian armed forces. "Yesterday was successful for us. We counterattacked and in some areas we were able to push them back a block or two. In others we literally pushed them back a house or two," he said on TV. Yesterday, Luhansk Governor Serhiy Gaiday said that Sieverodonetsk was "largely" under Russian control.

Ukraine records "up to 100 soldiers killed and up to 500 wounded" soldiers a day in fighting with the Russian army, said Ukrainian Defense Minister Oleksiy Reznikov. The situation on the front lines in the eastern Donbass region is difficult. "The Kremlin continues to exert massive pressure, stumbles, encounters strong resistance and suffers heavy losses," Reznikov said in a statement.

At the same time, Resnikov reported on Facebook that the army's ammunition arsenals were well stocked. According to him, these are partly larger than at the beginning of the war due to deliveries from NATO stocks. More than 150 heavy 155 millimeter howitzers have already come from the west. In addition, about 50 guns of other calibers had arrived, the Ukrainian Defense Minister said. For these, the ammunition stocks were a good 75 percent of the stock at the beginning of the war. Dozens of Soviet-type rocket launchers and hundreds of mortars with the appropriate ammunition were also delivered.

Reznikov also reported the receipt of hundreds of Soviet-type tanks and armored personnel carriers and about 250 Western armored vehicles. Thousands of man-portable anti-aircraft and anti-tank systems and grenade launchers, and hundreds of drones, including dozens of attack drones, were also delivered. Coastal defenses have been decisively strengthened by "Harpoon" missiles.

The Supreme Court of the separatist Donetsk People's Republic (DPR) sentenced to death three foreign fighters in the ranks of the Ukrainian armed forces as mercenaries. According to the Russian news agency TASS, the death penalty will be imposed for "all crimes taken together". The accused are two Britons and one Moroccan. You can still appeal the verdict within one month. The trial against the three men began on Wednesday, largely closed to the public.

Russian media also said that the three men had the opportunity to petition the leadership of the pro-Russian separatist republic for clemency. If accepted, the death penalty could be commuted to life imprisonment or 25 years in a penal colony, it said. British Foreign Secretary Liz Truss called the death penalty "a bogus sentence devoid of any legitimacy".

The Russian lower house aims to revoke Lithuania's independence with a law. Duma deputy Yevgeny Fyodorov submitted a corresponding draft in which, according to the Russian news agency Ria Novosti, he primarily argued from a legal point of view. Accordingly, the decree "On Recognition of the Independence of the Republic of Lithuania" from the time of the Soviet Union is illegal. According to the draft law, the decree was passed by an allegedly unconstitutional body and violates several articles of the USSR Constitution, Ria Novosti reported.

Finland's government is also currently preparing a law: the plan is to build a fence to make the border with Russia more secure. This was Finland's response to fears that Russia could use hybrid warfare to attract migrants in a targeted manner in order to persuade them to cross the border into Finland or the EU. Belarus demonstrated this in the migration crisis on the borders with Poland, Lithuania and Latvia. Interior Minister Krista Mikkonen said the government, on the advice of the border guard, will decide where barriers should be placed on the 1,300-kilometer border with Russia.

Kremlin chief Vladimir Putin put the war he had ordered against Ukraine on the same level as the Great Northern War under Russia's Tsar Peter I and spoke of a return campaign for Russian soil. The tsar did not conquer the area around today's metropolis of St. Petersburg from the Swedes, but rather won it back, Putin said today on Peter the Great's 350th birthday. "Apparently it is also our lot: to bring back and strengthen," Putin drew parallels to the war against Ukraine. Even then, no European state recognized the area as Russian. "In addition to the Finno-Ugric tribes, Slavs have also lived there for centuries," said the Kremlin chief.

Scholz: Putin didn't understand that his plan was going wrong

Chancellor Olaf Scholz expects the war to take a long time. Putin has not yet understood that his plans will not work, the Chancellor told the radio station Antenne Bayern. Putin is bombing the Donbass in particular, "and obviously has the idea that once he's bombed everything down, it can then become part of the Russian empire." However, Russia's development opportunities would be significantly affected by the economic sanctions imposed by the West, said Scholz. "And he won't get rid of them without doing what we're asking him to do all the time, namely to withdraw his troops and agree on a fair peace with Ukraine." 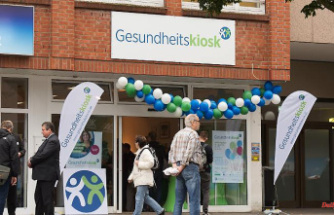 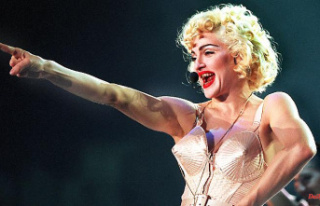