Several cars are hit by rockets near Kupkansk, the victims are civilians. 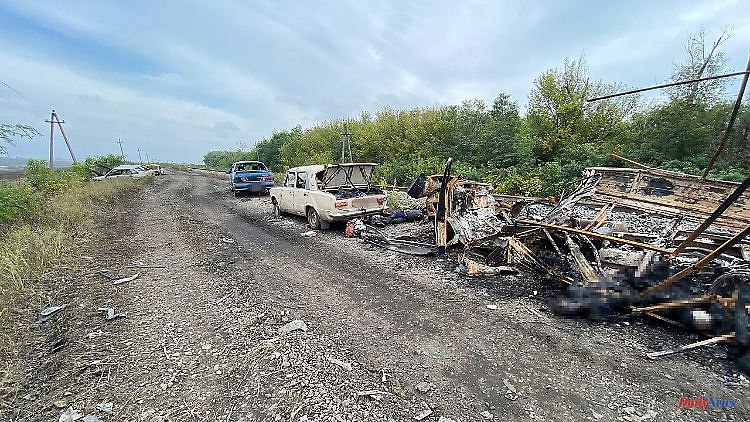 Several cars are hit by rockets near Kupkansk, the victims are civilians. The convoy is said to have been on its way to Russian-controlled territory. Both sides blame each other for the attack.

Ukrainian authorities have accused the Russian army of killing 20 people when shelling a civilian motorcade near the city of Kupyansk. The civilians tried to escape from Russian attacks, Ukrainian regional governor Oleh Sinegubov said on the Telegram news channel. "This is a cruelty that has no justification."

The information about the dead is preliminary. Investigators and experts went to the location in the Kharkiv region to investigate the case, Sinegubov said. The area continued to be heavily shelled even after the withdrawal of Russian troops, who suffered a heavy defeat there in September. This is also confirmed by the information provided by the Russian Defense Ministry on the war against Ukraine. There was initially no information from Moscow about the case near Kupjansk. The Ukrainian information was not independently verifiable.

According to the presidential office in Kyiv, 16 Russian S-300 anti-aircraft missiles hit the vehicles. For their part, pro-Russian authorities accused Ukraine of being responsible for the "terrorist attack". Both sides released photos of destroyed cars and bodies lying next to them, which are said to show the aftermath of the attack.

According to Ukrainian sources, 30 people were killed in a rocket attack on a civilian car convoy in the southern Ukrainian city of Zaporizhia on Friday. According to the latest police reports on Saturday, more than 100 people were injured. The governor of the Zaporizhia regional administration, Olexander Starukh, blamed Russian troops for the attack. This information could not be independently verified.

Zaporizhia Oblast is one of four oblasts officially annexed by Russia on Friday afternoon, along with Kherson, Donetsk and Luhansk. So far, Russian troops have occupied around 70 percent of the region - but not the regional capital Zaporizhia itself.

1 "Delivery impossible at the moment": Gazprom... 2 Timo Werner shoots Bochum: BVB fails in Cologne, Union... 3 First outing in the HBL: Handball professional Krzikalla... 4 Not willing to kill for Putin: Russian rapper falls... 5 Everyone should get an answer: Since the death of... 6 Bavaria: 78-year-old mushroom picker has to spend... 7 Bavaria: Climber seriously injured when falling from... 8 Bavaria: men rob Oktoberfest guest in front of the... 9 Disclose how animals are kept: Government wants labeling... 10 "Love of my life": Star director James Gunn... 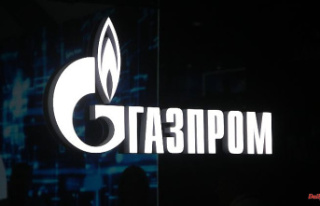 "Delivery impossible at the moment": Gazprom...