The Russian oligarch Alisher Usmanov is a Putin supporter and has been on the EU sanctions list for months. 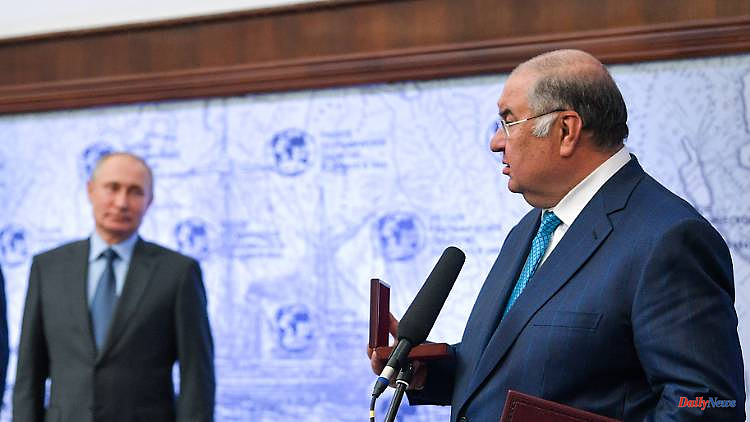 The Russian oligarch Alisher Usmanov is a Putin supporter and has been on the EU sanctions list for months. The Bavarian police are now searching his villa for evidence of a possible violation. The billionaire is said to have evaded hundreds of millions in taxes.

In a large-scale raid involving around 250 officers, the Federal Criminal Police Office and the Munich II public prosecutor's office took action against the Russian oligarch Alisher Usmanov and four other suspects. The Munich investigators said it was about the initial suspicion of a violation of the Foreign Trade and Payments Act. A total of 24 objects in Bavaria, Baden-Württemberg, Schleswig-Holstein and Hamburg would be searched.

The Munich investigators did not want to provide information on the identity of the accused Russian. According to information from the magazine "Spiegel" and the Bavarian Radio, it is the Russian billionaire Usmanov, who is considered a supporter of Russian President Vladimir Putin.

According to the public prosecutor, the accused Russian citizen is said to have had his villa on Lake Tegernsee guarded by a security company even after he was included on the EU sanctions list on February 28. By paying for these security services, he violated the prohibition on disposing of frozen funds. The four other suspects are accused of having aided and abetted the violation by providing or assisting in the provision of security services and by accepting payment.

The public prosecutor's office declined to provide any further information. According to "Spiegel", the property is also owned by Usmanow on Lake Tegernsee. According to the magazine and Bayerischer Rundfunk, Usmanow is also accused of tax evasion. Between 2014 and 2022 Usmanow is said to have withheld income and gift taxes of around 555 million euros from the German tax authorities.

The EU refers to Usmanov as Putin's "straw man" in some deals. For a long time, opaque ownership structures and an unclear legal situation prevented the authorities from being able to confiscate Usmanov's alleged assets. Only in the course of the "Panama Papers" affair and offshore companies in tax havens could investigations be initiated against the Russians.

The investigations extend to Usmanov's family members. The luxury yacht "Dilbar" was detained in April on the basis of EU sanctions because of the invasion of Russian troops in Ukraine. The allegedly most expensive luxury yacht in the world at more than 500 million euros has been subject to a ban on disposal and may no longer be sold, rented or encumbered. The owner is Usmanow's sister.

1 Tanks for Ukraine: "Putin underestimates the... 2 Ambulance comes on the pitch: serious head injury... 3 Two handball players quit: BVB fires coach Fuhr after... 4 "Must have found evidence": figure skater... 5 "Ekat" had "weak knees": "Let's... 6 Tears in the "Summer House of the Stars":... 7 Even before the coronation: Charles III. faces great... 8 He was surprised himself: Jauch has something to do... 9 Ugh, spider!: Uninvited guest climbs onto the Queen's... 10 Saxony-Anhalt: Saxony-Anhalt diesel network put out... 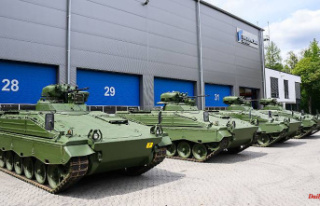 Tanks for Ukraine: "Putin underestimates the...