Voting on distance rules: Does the Thuringian CDU accept help from the AfD?

In Thuringia, the coalition and opposition are arguing about distance rules for wind turbines. 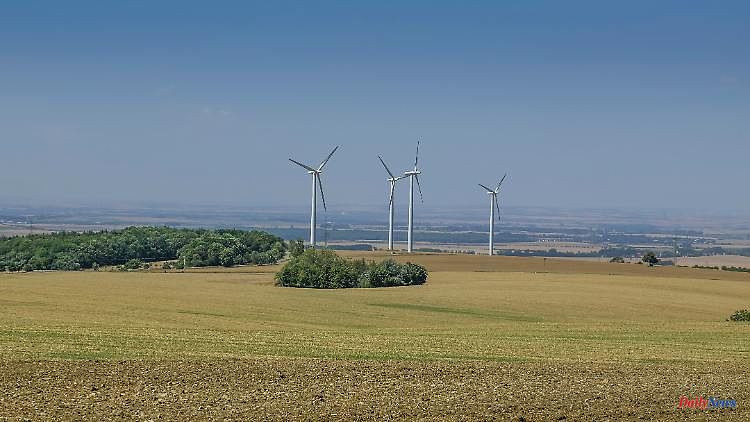 In Thuringia, the coalition and opposition are arguing about distance rules for wind turbines. But the topic is pushed into the background, because the AfD also wants to agree to the CDU's application.

The Thuringian CDU parliamentary group sees itself in a bind in the dispute over a 1000-meter rule for wind turbines in residential buildings because the AfD has sided with them. "We independently bring in content-related initiatives that correspond to our goals and convictions - regardless of who is for and who is against," said CDU faction leader Mario Voigt in Erfurt. AfD faction leader Björn Höcke had previously announced that he would support the CDU concern in the state parliament.

A debate has been going on in Thuringia for days about whether the CDU would allow a political dam breach if the AfD supported their application. In Thuringia, the AfD is being monitored by the Office for the Protection of the Constitution because of right-wing extremist tendencies. The opposition from the CDU, AfD and FDP has great influence in the Erfurt state parliament because the red-red-green coalition government of Prime Minister Bodo Ramelow does not have its own majority - it is missing four votes.

Voigt, who recently positioned himself as the CDU's top candidate for the 2024 state election, remarked that "the voting behavior on factual issues must follow reason". He called on the Left, SPD and Greens to agree to the CDU application. "What was right for the SPD and the Greens in Saxony and Brandenburg cannot suddenly be wrong in Thuringia." In Saxony, the state parliament changed the building code this week with votes from the governing coalition of the CDU, SPD and Greens and also sealed the minimum distance of 1000 meters between new wind turbines and residential buildings.

The ball is now in red-red-green, said the CDU faction leader and opposition leader. "The minority coalition should not refuse to agree to reasonable solutions. We expect the same willingness to compromise here as the CDU shows in many other factual issues." Left, SPD and Greens had accused the CDU of deliberately relying on the approval of the AfD for their project. Höcke explained that "reason alone dictates that we pull together when it comes to common political goals - across party lines".

It could be politically sensitive as early as next Wednesday at a special session of parliament that was requested by both the CDU and the AfD. It is exclusively about the red-red-green abolished school fees for trainees in health professions.

The subject of CDU and AfD in Thuringia has a history. The most prominent chapter is the 2019 state election. As a result, the state parliament elected the FDP MP Thomas L. Kemmerich as Prime Minister in February 2020. At the end of weeks of tactics, the FDP, CDU and AfD voted for the Liberals in the third ballot. The result sparked nationwide debates. As a result, the then CDU state chief Mike Mohring and the federal government's representative for East Germany, Christian Hirte, lost their posts. Hirte is now head of the Thuringian CDU. After the state CDU also let the federal chairwoman Annegret Kramp-Karrenbauer appear, she announced her resignation. Kemmerich resigned a few days after his election after great pressure. In March, the red-red-green minority government came to power. 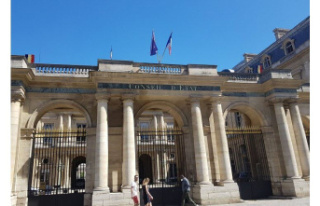