A legend and he knows it too: fans let the club icon burst into tears 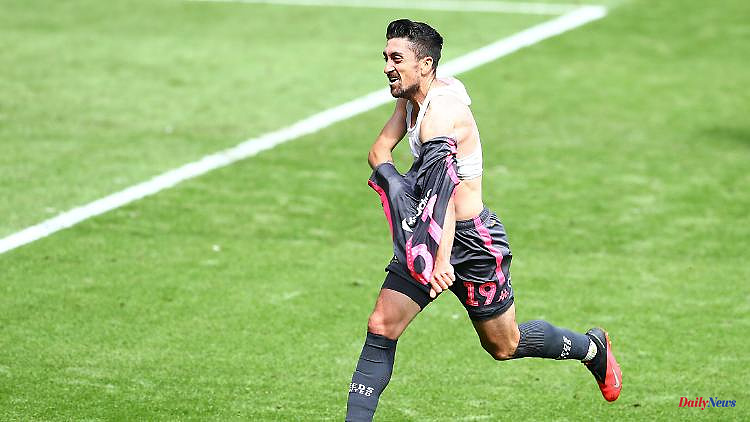 Pablo Hernandez is 37 years old. The former Spanish national player now plays in the third Spanish league. Without much success. His club ends the season in midfield, but after the last game he bursts into tears. Because his past suddenly becomes his present.

Pablo Hernandez shed tears. The Spaniard had just played the last game of an average season. His coach had allowed him another 90 minutes on the pitch at CD Castellón. The Spanish third division side had an average season after being relegated from the second division. A little more losses than wins, a few draws. For a while they played for promotion, but they couldn't be said to have any serious ambitions.

Hernández had played numerous games over the course of the season, but he hadn't really been able to whirl in the central midfield position. Age. The statistics were modest. 26 appearances, three goals and a meager assist. The 37-year-old was far from his former class, which had even washed him into the Spanish national team a long time ago. Back then, around the World Cup in 2010, he played four international matches, but he did not take part in the tournament in South Africa. Pablo Hernández cannot call himself world champion.

And otherwise his career was not very remarkable after he left FC Valencia in 2021. He has shuttled between England and the Arabian desert leagues, playing for Swansea City, Al Arabi in Qatar and Al-Nasr in Dubai, spending a season at home with Rayo Vallecano before moving to Leeds United in 2016. First as a loan player and then with a permanent contract.

Leeds were stuck in the English second division at the time. After their relegation from the Premier League in 2004 nothing had turned out well. The former giant was on the ground and could hardly get up. That didn't change in Hernández's first two years. But the Spaniard was already showing what he was capable of. Six goals and eight assists in year one were followed by seven and nine in year two. And then came Marco Bielsa. The manager, whom everyone calls 'El Loco', turned the Yorkshire club into a promotion and then a return to the top league in the world.

The beating heart of the exciting squad that gave new hope to an entire region was, yes, Pablo Hernández. He was the central part of the team and the absolute favorite of the crowds at Elland Road, Leeds United's stadium. Already in his mid-30s, he was suddenly one of the best players the Championship, the second division, in England had ever seen. Then, on June 12, 2020, he scored a goal for eternity.

It was the time of the pandemic. Before the game at Swansea City, they mourned the recently deceased club legend Jack Charlton in the empty stadium, after which it was all about promotion. Late in the game, Hernández received the ball at the penalty spot, surrounded by a number of opponents and kept calm from the back, finding a gap. His 1-0 was the last important step back into the Premier League. Bielsa and Hernández had given the average second division club hope. In the first division and with advancing age, it was no longer enough for the Spaniard. He went back to his home country last summer to finish off his career.

But fans never forget. Now, as it came to his last game, a number of Leeds supporters made their way to CD Castellón's Municipal de Castalita stadium in the province of Valencia. They were on bachelor parties, they were from Spanish Leeds fan clubs, they had brought banners and they were loud. When the last whistle of the career sounded, they made themselves felt. And sang the old songs. With his children, the club legend walked very slowly towards them and could not contain himself. He kept pounding his hand to his heart and giving a thumbs-up as his time at Leeds rolled past him. "You are a legend and you know it too," chanted the fans in the stands of the almost empty stadium.

"We are overwhelmed by all the love from the Leeds fans," his wife later wrote on Twitter, where false news about the player's retirement quickly spread. Why else should all this have happened? "Just to be clear, Pablo hasn't retired yet. He still has football in him." So what happened? Well: Pablo Hernández had done a hell of a lot right in his career. fans never forget.

1 "I finally like myself": Cathy Hummels gives... 2 Cheaper and safer, but...: Small reactors produce... 3 Baden-Württemberg: Strobl gets backing from media... 4 Saxony-Anhalt: Attack by a tram driver: Havag examines... 5 Baden-Württemberg: Forecast: Southwest will grow... 6 Fear of Russian revenge: No US missile systems for... 7 Bavaria: LKA: Access to drugs via the Internet is... 8 Bavaria: paraglider crashes on construction site at... 9 Bavaria: dead bearded vulture is examined: hope for... 10 VDV suspects "Woodstock" in public transport:... 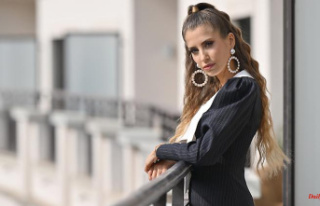