In the round of 16 of the ATP Challenger tournament in Orléans, France, Bulgarian Adrian Andreev and French Corentin Moutet clash violently. 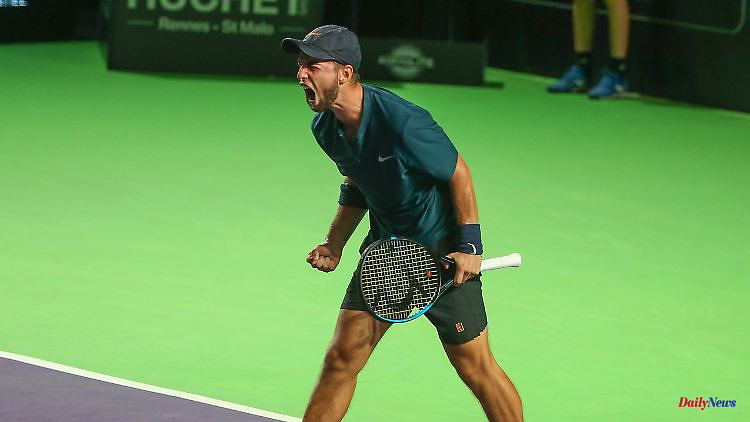 In the round of 16 of the ATP Challenger tournament in Orléans, France, Bulgarian Adrian Andreev and French Corentin Moutet clash violently. In the end, the chair umpire must intervene to prevent a brawl on the court.

Actually, the round of 16 of the ATP Challenger tournament in Orléans should only be a transit station for local hero Corentin Moutet. The Frenchman was given a wild card by the organizer and was 64th in the world rankings. the main attraction of the event. But in the round of the last 16, the top seeds were surprisingly eliminated. Moutet lost 6-2, 6-7, 6-7 against Bulgarian Adrian Andreev, number 247 in the world rankings. When both players met for a handshake on the net, there was a scandal.

Even the handshake was unusually violent, and then there was even a hint of an attempt at a headbutt. After that, both players pushed each other, which had to be stopped by the chair umpire. The two brawlers finally left the square to whistles from the audience.

After the incident, Moutet described his view of things in an Instagram story. He first apologized for what had happened: "But if a player 'f*** you!' say to me while he's looking into my eyes, I can't help but show him it can't be done." Andreev threatened him and said he should wait for him at the exit of the square, Moutet explained: "And of course I did that too. I tried to find him for ten minutes. In the end he found himself on the other side behind six hidden from security guards."

The Frenchman didn't want to just tick the box off like that for some time after the match. As he explained in his video towards Andreev: "I heard your threats. If you come out of the room where they hide you, I look forward to seeing how you implement them. I'm waiting impatiently for you, we can talk quietly." In the end, Moutet managed to offer a small apology. "I would have liked to have progressed to do more justice to the wild card. I'm sorry," said the Frenchman, referring to the tournament, which ended unexpectedly early for him. 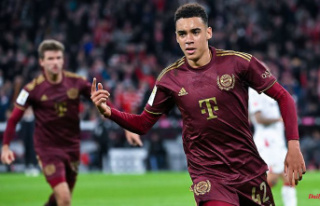