The sight of thousands of cheering fans at the euphoric reception at home brought a smile to the faces of the still disappointed German footballers after missing the crowning glory of the European Championship. 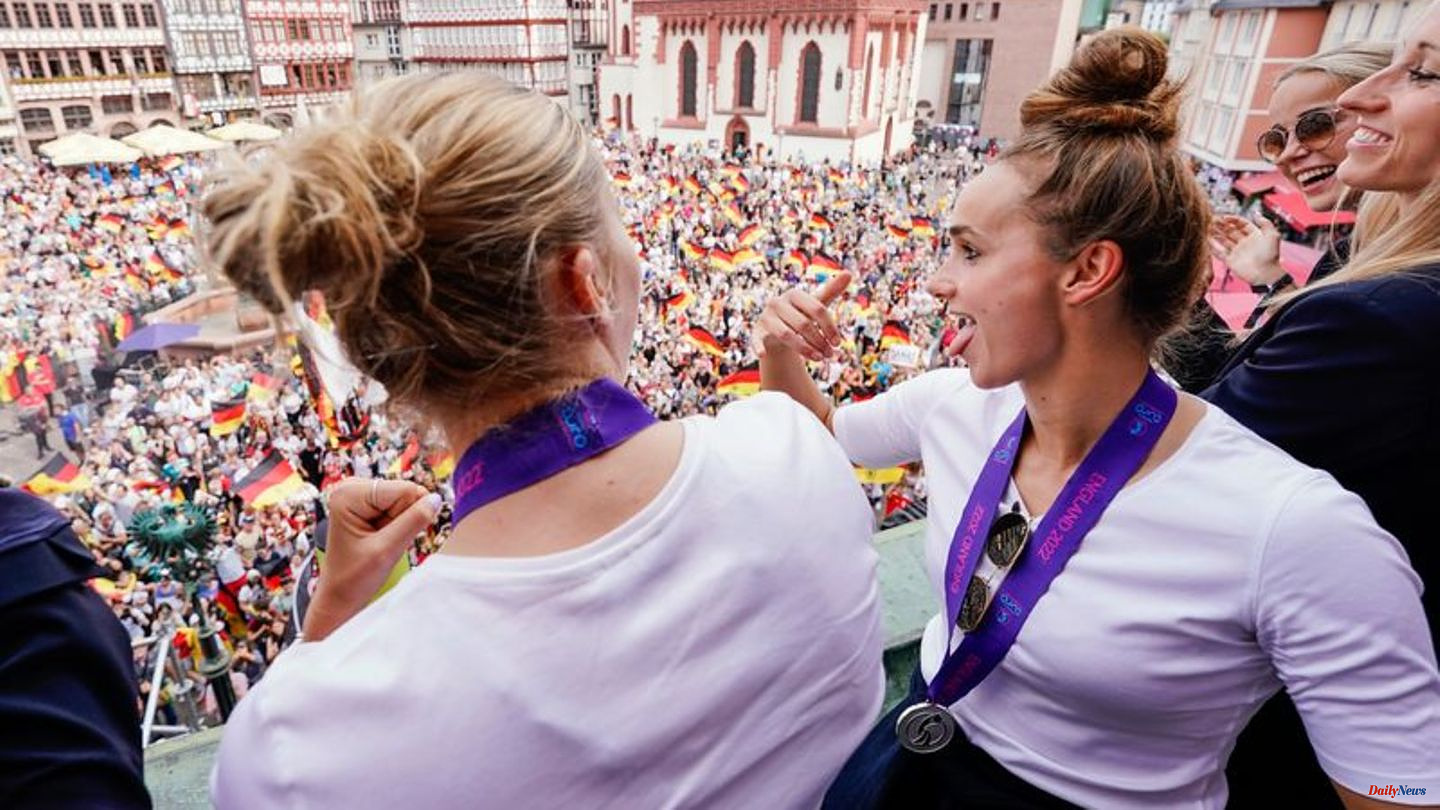 The sight of thousands of cheering fans at the euphoric reception at home brought a smile to the faces of the still disappointed German footballers after missing the crowning glory of the European Championship.

"It's unbelievable and it's what we dreamed of. It's wonderful to be able to see that people are so enthusiastic," said defender Giulia Gwinn at the big welcome party at the Römer in Frankfurt.

"Of course we suffered a lot," said national coach Martina Voss-Tecklenburg after arriving home, describing the feelings after the 2-1 defeat in the final against hosts England in the London football temple of Wembley. "We actually wanted to be European champions and not the winners of hearts. But if the great performance helped us win the hearts of the German people, then we're happy to be the winners of hearts." The jubilant reception also touched the national coach: "It's crazy that an achievement is recognized over several weeks and not just the victory."

Popp "proud of the team"

The narrowly missed ninth European Championship triumph will continue to have an effect for some time, as captain Alexandra Popp noted. But the DFB selection has gained enormous popularity over the past four weeks with their thrilling football. Almost 18 million people crossed their fingers in front of the TV sets on Sunday - a record number for the soccer players. "It's great to have reached and inspired so many people. It just feels nice," said offensive player Svenja Huth. The Wolfsburg captain replaced Popp, who had to sit out a few minutes before the final due to a hamstring injury.

"I'm proud of the team, the journey we've had. I hope that was just the beginning," said Popp, referring to women's football in Germany. "The market is there, but of course we have to make use of it. That's a big, big wish that we can reach many girls."

Congratulations and words of encouragement

From Federal Chancellor Olaf Scholz to Interior Minister Nancy Feaser to DFB boss Bernd Neuendorf, there were congratulations and encouraging words despite the unfortunate defeat in front of the deafening EM record crowd of 87,192 spectators. "Our players inspired the whole country, they were personable, authentic and approachable, they exemplify real team spirit," said Neuendorf. The association hopes "that we will draw many women and young girls into football through this wonderful tournament."

Scholz tweeted: "It was a thrilling tournament and all of Germany is proud of this team!" The SPD politician was unable to comfort the players when he visited the dressing room after the final whistle, because Popp

"We promised each other that we want to push this now. Olaf Scholz promised me that we will also meet to tackle the issues for the future," said Voss-Tecklenburg and looked back once again at the very emotional EM: "It felt like a rush." The 54-year-old now wishes that the "values ​​that we exemplified" would be carried into society by people. "Then we'll get a little bit better," said Voss-Tecklenburg.

Chatzialexiou: "Something has to happen"

Joti Chatzialexiou, head of national teams at the DFB, knows that they are now looking closely at whether and how the association will convert the through ball from the European Championship. Strategic plans to promote women's football were already in place before the European Championship. "Something has to happen, definitely. It's not just the Chancellor and politicians. We as an association and the clubs have to stand together and actually implement this hype that we've created," he said.

Steffi Jones calls for concrete plans. "It's not something you should plan out of cold pants during a tournament," said the former international and coach of the "FAZ". She criticized: "The management level is now basking in the success of the team. I wish that the DFB had made plans for the time afterwards before the tournament."

In any case, the DFB women are back on the big stage in terms of sport after missing out on the quarter-finals at the 2019 World Cup and the Olympic Games in Tokyo. Voss-Tecklenburg hopes "that everyone will continue. We will continue to push the young players. Then we will hopefully go to the World Cup next year and want to perform there as we performed here: as a team that inspires, that plays courageously, that has ideas, has a clear mission, has a great passion."

The chance of staying in the public eye is great - especially if the Bundesliga can be woken up from its slumber. "Our national team has done an outstanding job. We now have to wait and see whether we can go beyond eventing in the medium term," said DFL supervisory board chairman Hans-Joachim Watzke to the "kicker" (Monday). If the Bundesliga were to benefit from the EM in terms of viewership, "the decisive step" would have been taken, according to Watzke: "Tournaments are nice and important, but ideally they should have an impact on everyday sporting life."

The driving force remains the DFB selection for the time being. In 2023 there will be the World Cup, for which Germany still has to qualify in September, in 2024 the Olympic Games in Paris, in 2025 another European Championship (host not yet decided) - and in 2027 possibly a World Cup in your own country. The DFB applied together with Belgium and the Netherlands. No wonder Huth expressed his wish when he left: "I hope that we can stay together with most of the team and that this was just the beginning of something really big." 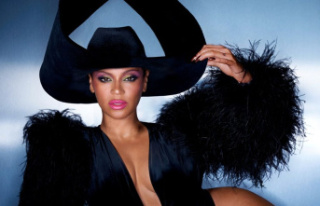 Beyoncé: After criticism, she changes a song lyrics