The German selection is considered the strongest after the first EM games - together with the next opponent Spain. 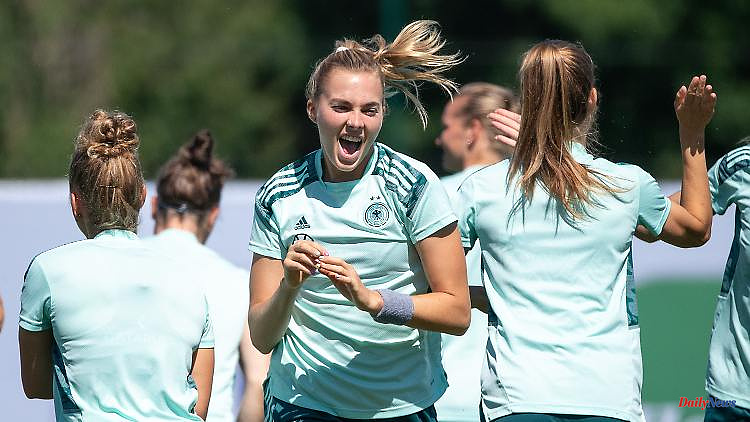 The German selection is considered the strongest after the first EM games - together with the next opponent Spain. The DFB is optimistic that the only way to the title is through Germany. The coach speaks of the best game under her direction.

Martina Voss-Tecklenburg had explained again and again that the German soccer players were not among the top favorites at the European Championship - and suddenly her team was a very hot candidate for the title. After the 4-0 win against Denmark, everyone is raving about Lina Magull, Lea Schüller, Lena Oberdorf and Co. "Somebody has to beat us first," the national coach told her players before the group hit against Spain on Tuesday (9 p.m. in the ARD). The DFB manager is also giving up his reluctance.

"We said we want (...) to play with the understanding that we are the team that decides who will be European champions here," said Joti Chatzialexiou, head of national teams at the German Football Association, in a speech to the selection of the record European champion. "It was actually the best game I've seen from our team in my sporting responsibility so far," said the 46-year-old on Saturday - and he has been in office since January 1, 2018. "Finally played football very confidently" said the team. "Germany is at a huge level," said Denmark's frustrated star Pernille Harder after Friday's lesson.

In the second preliminary round game against Spain, also in the Brentford Community Stadium, the group victory is already at stake. "Two title contenders will meet on Tuesday, it will be a great game," predicted Chatzialexiou. FC Barcelona, ​​who make up the majority of the Spanish national team, are considered leaders in club football - even if Barça, as defending champions in the Champions League, lost this year's final against Olympique Lyon. Spain's women have never won a European or World Cup title and have never played at the Olympics. They won their opening game of the European Championship against Finland 4-1, but have to do without world footballer Alexia Putellas (torn cruciate ligament) at the tournament.

The success against Denmark took the pressure off the DFB team. So the players were able to enjoy their day off on Saturday, strolling relaxed through Brentford or other parts of London and of course also registered the hymns of praise and congratulations on all channels. "It was a really important win that gives security," said Voss-Tecklenburg, but quickly referred to the next opponent's 4-1 lead: "Spain showed today with this enormous possession of the ball, with many phases of this presence, at 34: 4 shots on goal, with three header goals, which they don't usually do, they're just a great team," said the 54-year-old.

At their gala performance, the DFB women were already the favorites of the TV audience. 5.95 million people watched the first group game on ZDF and, according to the station, accounted for a market share of 25.9 percent. The live broadcast was the most successful television show of the day. "Of course it's a nice sign in Europe now, also after Germany. I hope that the euphoria has taken over a bit," said midfielder and goalscorer Lina Magull. Within 90 minutes, the DFB women had dispelled all doubts that had accumulated over the past three years since the World Cup quarter-finals in France.

As captain, Svenja Huth from Wolfsburg also warned: "With all the euphoria and joy - and I'm really, really proud of my team: We're still at the very beginning." Her club colleague Alexandra Popp, normally a regular captain and who scored a goal as a joker in her European Championship debut, sees the challenge against Spain as follows: "We can tackle the matter with a lot of self-confidence. I think we've also shown the opponents that we can be counted on." 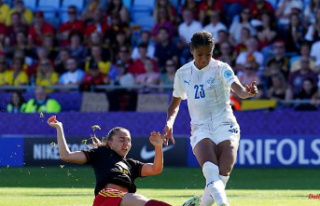