Darts coup by Gabriel Clemens: "Hope it goes further than the round of 16"

The penultimate step has been taken on the way to German darts history: Gabriel Clemens is in the round of 16 at the World Cup like two years ago. 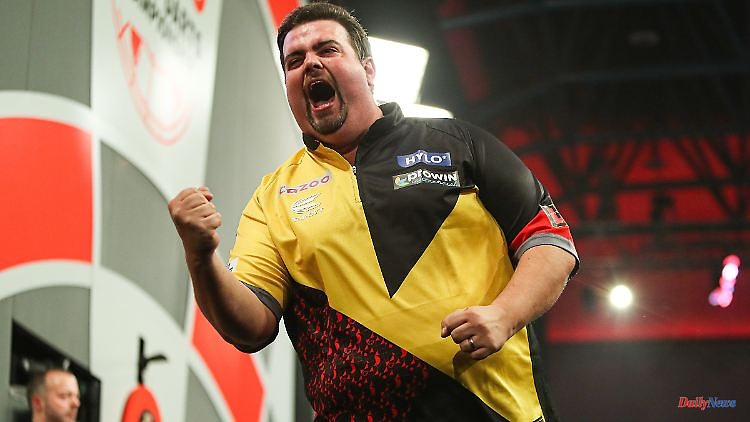 The penultimate step has been taken on the way to German darts history: Gabriel Clemens is in the round of 16 at the World Cup like two years ago. On the evening of his dramatic comeback victory over Jim Williams, the "German Giant" was overwhelmed by the loud support of the many German fans in "Ally Pally" in an interview with ntv.de. For the round of 16, Clemens has decided to "avoid double 1", as in his memorable knockout round against Krzysztof Ratajski at the Ghost World Cup 2020/2021, which was overshadowed by Corona. So that the 39-year-old Saarlander can "go further" in London's Alexandra Palace.

ntv.de: Gabriel Clemens, you were 2-3 down in the sets and 0-2 down in the legs. Honestly, did you think you could still turn the game around during this phase?

Gabriel Clemens: Of course you always believe in it. I know you always get a chance in such a long match. I always hoped that Williams would miss a double. He then missed the match dart on double six in the sixth set. And maybe that was the one dart I needed, the one missed opportunity that turned the game around again.

The course of the game must have been a rollercoaster ride of emotions for you. 1:0 ahead, 2:1 ahead, missed two chances to make it 3:1, 2:3 behind, survived match darts, even used the first match dart on bullseye.

I absolutely have to make it 3-1 just before the break, then it's a completely different game. Instead, it's 2-2 and Jim Williams then plays the fifth set really well. Then I'm suddenly behind and it suddenly becomes very difficult. Luckily, I flipped the switch in time, played well again, and somehow still won the game.

Somehow winning is good, after all the decisive dart landed in the bullseye. You can't end this game more spectacularly. Describe how you are feeling at that moment.

Of course I was totally happy in the situation. Of course, winning the match in this way, after going behind, gives a lot of confidence. Actually, I was sporty dead, 2:3 behind and 0:2 in the legs.

What was it that made you so strong, especially mentally, and able to withstand the greatest possible pressure?

I work every day to stay focused under pressure. But you can't generalize about how to do it. It is clear that experiences like this can only help you. If you survive such games, you can hold your own better in similar situations in the future, and pull up memories.

You were there in the closing stages at crucial moments to stay in the game. Mentally, that was certainly not a matter of course, because this year was not your most successful as far as the TV tournaments are concerned.

I think it's normal that things don't go well on the big stages for a while. There will come a time when things will get better again. And that moment was today.

This emotional roller coaster ride was written all over the faces of your girlfriend and your other guests in the front row in the audience. Have you seen your loved ones suffer and rejoice with you?

How did you perceive the fans? There were about 750 German spectators in "Ally Pally".

Yes, madness. It was sometimes so loud that sometimes you couldn't even hear Russ Bray (the caller who announces the points; editor's note). That's why I often had to look at the score sheet instead. What an amazing atmosphere. I hope this happens more often now.

It is only the second time in the history of the PDC World Championship that a German has qualified for the round of 16. You did it for the first time two years ago. Does that make you feel extra pressure?

To be honest, not at all. Sure, it's nice to be in the round of 16 twice. And of course it's a shame that no one else has managed to do it. We've had many good German dart players here at "Ally Pally" who could have done it, and still can. But of course you only look at yourself and want to get as far as you can. I hope it goes a little further than the round of 16 at some point.

What do you need to improve on ahead of the round of 16 against Danny Noppert or Alan Soutar?

Basically it was a good game against Jim Williams. I didn't throw that many 180s, but I did throw a lot of 140s. It was a high level overall. In the end I didn't miss anything in the doubles, but for long stretches of the game it wasn't as good as in my first game against William O'Connor. So I should hit the doubles earlier in the next match at one moment or another. But, to be honest, in the end I don't really care after this game. I won, that's all that counts.

Are you doing anything differently in preparation compared to the round of 16 two years ago?

No, I have a day or two off for now, depending on when the round of 16 takes place. Of course I will support Martin (Schindler, plays against Michael Smith on Wednesday evening, editor's note) in the hall. And logically that I will also train. Otherwise I'm resting and then I'll go full throttle again in the round of 16.

In your first round of sixteen two years ago, you gave away seven match darts in an unbelievable double drama, many of them on double 1. What is important this time?

I should hit my double earlier so I can avoid double 1's. (laughs) 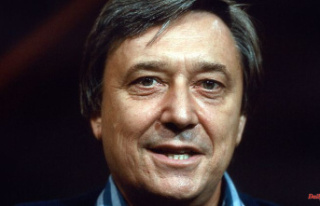