Marijan Griebel won the first edition of the Rallye ADAC Mittelrhein with ease and clinched his second victory in a row at the fourth stop of the German Rally Championship (DRM). 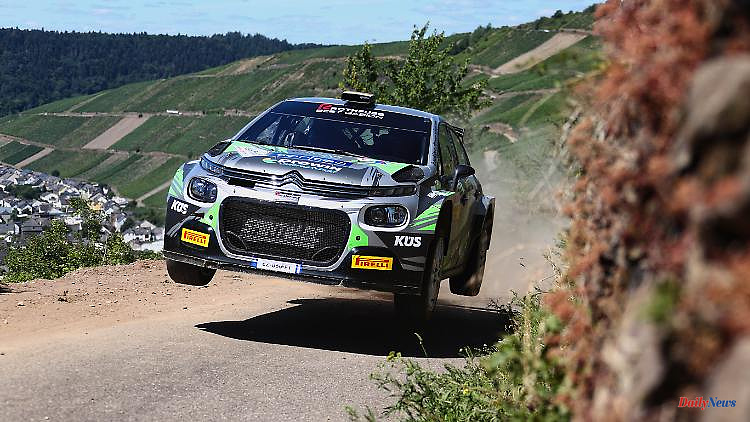 Marijan Griebel won the first edition of the Rallye ADAC Mittelrhein with ease and clinched his second victory in a row at the fourth stop of the German Rally Championship (DRM). The 33-year-old was still in second place after the start on Friday, but was unstoppable on the final Saturday in bright sunshine and temperatures of 28 degrees.

The local hero was in his element on the difficult terrain in the vineyards of the Eifel-Moselle region with many confusing curves and junctions, winding, narrow passages and treacherous crests and won nine of the total of twelve special stages with co-driver Tobias Braun in the Citroën C3 Rally2. "For me, that was rally driving the way I love it. It went through vineyards with many switchbacks and curves, uphill and downhill and you could see cars flying over the crests. I had full confidence in my car, the overall package with Tobi and everyone participants was perfect. We also won the Power Stage and thus scored five additional points," said the current German Rally Champion after his convincing victory.

Second-placed Dominik Dinkel and Pirmin Winklhofer (Ford Fiesta Rally2) put up a great fight and were still in the lead at the start of the ADAC Mittelrhein Rally. In the further course, however, the duo had to acknowledge the superiority of the eventual winners, who in the end had a lead of 21.9 seconds. "Marijan made good use of his experience in the vineyards. We've only been here once with an all-wheel drive, so it was rather new territory. That's why we're quite happy that we were able to keep up for so long," says Dominik Dinkel. Behind them, Julius Tannert and Frank Christian took third place with the VW Polo GTI R5. "It was a superbly organized rally that made a great debut as part of the German Rally Championship. It was a lot of fun to drive in the vineyards again after many years. After making a few changes to the car, we became faster and faster and were able to close the gap to the top in the overall standings. We'll take this momentum with us to the next task in Saarland," revealed the Zwickau resident a strong performance and defended their lead in the overall standings with fourth place. The co-pilot: "I'm very happy with our performance. Philip did a great job for his very first time in the vineyards. We didn't lose much at the top, which gives hope for the next time we're guests here. We're still leading the championship, what more could you ask for?" Christian Riedemann was also among the leaders in his second campaign of the season in the German Rally Championship and finished fifth with Michael Wenzel in the Hyundai i20 N Rally2. Dennis Rostek had reason to celebrate. After his renewed success in the Gentlemen Trophy, the man from Bückeburg won the title in the special category with the Skoda Fabia R5, with only one stop on the program. "Four wins in a row, it's unbelievable. I have to thank my chief mechanic and my co-drivers Dennis and Michael. And of course my family, because I've gotten really into this topic over the last few months, so that some people have been surprised what I'm doing. Even though I've already won the title, I'll attack again at the last stop of the Gentlemen's Trophy. It's presumptuous to want five wins, but now we have to complete the thing," promised the first champion of the Gentlemen Trophy. Behind the superior winner, his brand colleagues Oliver Bliss and Stephan Schneeweiß finished second.

The DRM2 rating also offered suspense until the end. Raffael Sulzinger and his co-driver Lisa Kiefer (Ford Fiesta Rally4) were in the lead after two-thirds of the total distance of around 137 kilometers. Then Martin Christ and René Meier started the final sprint in the Opel Corsa Rally4. The duo got closer and closer to the front runners and took the lead after the tenth special stage, while Raffael Sulzinger and Lisa Kiefer fell far behind due to a technical problem and only finished fourth in the end. "It's so bitter. First, something fell off the spark plug, we had no more power and even had to turn the car off and start it all over again. That cost us the win. We're always up front in terms of times, have but always bad luck", Raffael Sulzinger struggled with fate. Martin Christ, on the other hand, was more than satisfied after his second win in a row. "This terrain here was new territory for me and I missed several hairpin bends this morning. I had to get used to it first, but then it got better and better. It's funny at first, on one side it goes steeply down to the Moselle, on the other side is the mountain, but you get used to that too and with this win we increased our lead in the overall standings."

Jonas Ertz and Maresa Lade were happy about a second place in the DRM2 category after a constant and strong competition in the Opel Corsa Rally4. Maresa Lade: "As a co-driver, you're constantly looking at your sheet because there's a lot to read on these fast corners. You don't see the area at all, whether it's going down steeply or not. We got through them in the vineyards without any problems very demanding tests, got through the day well and are happy about this second place." Behind them, Konstantin Keil and Stefanie Fritzensmeier in the Citroën DS3 R3T Max grabbed the third and final podium place. "We have the DRM Classic well under control in terms of points, I was incredibly impressed by the track and took it easy at the beginning. It was difficult for us in the hairpin bends and the uphill sections, but we had a clean note. On it I could rely on myself and therefore drive the stages cleanly," explained Andreas Dahms. Around 70 drivers started at the premiere of the ADAC Middle Rhine Rally. On Friday at 4:30 p.m., the field of participants tackled the first special stages from the Wittlich market square. Things got serious on Saturday when the demanding and difficult sections in the vineyards on the Moselle followed. The wild hunt partly led over reactivated routes of the former ADAC Rallye Deutschland and made high demands on people and material. The spectators experienced high-class rallying in front of the unique panorama of the Moselle valley. On Saturday, the successful debut of the Rallye ADAC Mittelrhein ended at 6 p.m. with an atmospheric award ceremony on the Wittlich market square.

The highlights of the German Rally Championship can be seen exclusively on n-tv on free-to-air television. Every weekend after the racing events, the news channel broadcasts the 30-minute DRM magazine "PS - DRM Deutsche Rallye-Meisterschaft" on Saturday afternoon and Sunday morning. Alternatively, the magazine can be accessed free of charge at any time in the n-tv media center or the RTL streaming platform. 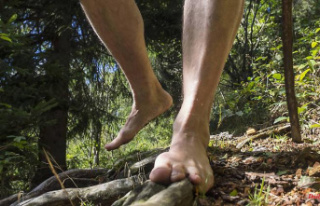 Out and about without shoes: That's why barefoot...