The dream of the first World Cup medal in 69 years has burst, but the international reputation has been restored after the Olympic disaster: Germany's ice crackers fail in the quarter-finals against the Czech Republic, but look forward to a great future. 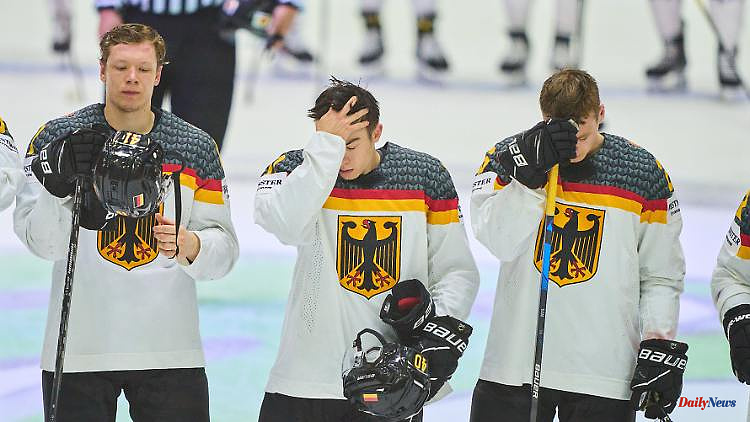 The dream of the first World Cup medal in 69 years has burst, but the international reputation has been restored after the Olympic disaster: Germany's ice crackers fail in the quarter-finals against the Czech Republic, but look forward to a great future.

So far, the "3" was not actually known as an unlucky number, but this Sunday may have changed for the German national ice hockey team. Because if something runs as a common thread through the World Cup knockout in the quarter-finals against the Czech Republic, then it's the "3" - even if the result seconds before the final siren was expanded from 1: 3 to 1: 4 on the empty German goal had been. The fact that the selection of national coach Toni Söderholm failed again three years ago because of the Czech Republic (same round) was the mildest manifestation of the new German unlucky number.

The course for the DEB team's misfortune was set early on this Sunday - in the first minute. Yasin Ehliz made a technical mistake and corrected it with an attack on NHL star David Pastrňák, penalty for Germany. shock for Germany. Because the Czechs used the first advantage mercilessly (3rd), Pastrňák scored after an outstanding combination. Germany, who had acted so fairly in this World Cup tournament so far and had taken so few penalties, then played two more times with a man down - and each time they were severely punished. After 33 minutes, goals from Roman Červenka and David Krejčí - together with Pastrňák they formed the top row - made it 0: 3 from a German perspective.

The dream of the first World Cup medal in 69 years seemed to have burst early on. The Czechs were not only brutally efficient, but the Germans were also passive, overwhelmed, without a chance. A picture that the Söderholm team had not yet drawn of themselves in this tournament. Most likely in the opening game against Canada. But actually it was always like this: No matter what tasks the opponent brought to the ice, the Germans held back and found suitable answers. And now? Now too. This team didn't want to surrender to a crashing failure - from the 0:3, from the "rather stupid run" the team drew strength, physicality and courage.

The 27 minutes until the final siren was perhaps the best that the DEB cracks brought out of ice in Finland. The Czechs were checked, intimidated, Karel Vejmelka's goal was plastered with shots - only one goal didn't want to come. After AHL top talent Lukas Reichel had only hit the post in the first third (19th), polar bear Marcel Noebel hammered the puck against the crossbar (36th) before Reichel did the same again (57th). At the time of the third (there it is again the fatal three) aluminum goal Germany had shortened. Moritz Seider (54th) ended a three-minute (three again) pressure phase in the Czech third with a shot from the blue line - 1:3, hope. Söderholm even got goalie Philipp Grubauer off the ice to let Germany play six against four men.

What courage on the part of the national coach, what a sign of trust in his team. She kept running and thanked Grubauer in the fast-paced finish of the game, who secured the final knockout with a monster save. had prevented before Reichel smashed the hard rubber disc against the crossbar. "If we take our chances, it could well be that we're in the semi-finals here. I don't think we're missing much," said defender Leon Gawanke, who was once again strong. He was right, but the subjunctive is not a currency in sports that you can buy anything with. But despite all the disappointment that last year's semi-final success could not be repeated, the reputation after the Olympic debacle has been restored.

"We are completely on the right track," said Andreas Niederberger, Vice President of the German Ice Hockey Federation. "We're getting closer and closer. The day will come when the next step can also be taken," he assured of the recently more openly cherished medal ambitions of the DEB selection. What can encourage him and everyone else who supports this team: the perspective of this squad with numerous highly talented people, led by the outstanding NHL defender Seider and Tim Stützle, who was injured in the tournament. But also Gawanke and Reichel. "We have brutal talent, very young players," said Grubauer, "but a few players stayed at home that we could have used." With Leon Draisaitl, for example, there is also a top star in the NHL. "The experience was still a bit lacking," explained the outstanding goalie of the Seattle Kraken. "But I think we're doing very well and are very well positioned for the next few years."

The team had gone an impressive way in the home country of the national coach and had achieved what the coach had demanded. He wanted the DEB cracks to build their "own story". It was a story full of passion, greed and playfulness. One with a remarkable mentality. The team not only put up with the absence of Stützle, who had led the team in an outstanding manner on the offensive, but also didn't let the many bad news before the start of the tournament unsettle them. Former NHL players Tom Kühnhackl (he won the Stanley Cup twice) and Tobias Rieder missed the World Cup, as did Dominik Kahun, who also has North American experience. The top players Frederik Tiffels and Patrick Hager (both Red Bull Munich) were missing from the DEL.

A huge difference to the Beijing tournament was: Germany was younger, more dynamic, more greedy, and didn't give up even when they were clearly behind (like against Canada and now against the Czech Republic). And is more critical of himself. Poor performances like against Kazakhstan were addressed and no longer glossed over. This is how Seider judged: "We were just not good enough. The frustration prevails, you don't need to talk about it." The reward for this "honest dressing room" (according to Söderholm): The record in points in the preliminary round, although certainly favored by the ban on the Russian Sbornaja, and rousing ice hockey, played actively, not just reacting reactively.

Coach Söderholm, whose whereabouts after the embarrassment in Beijing was not certain, was meanwhile satisfied with the performance despite the knockout against the Czech Republic. "It was a tournament in which many players fought very, very well after a long year. It was good that we got new impetus from a few new players," he said. But he also admitted: "The disappointment is big. I had other plans, I have to be honest. In the end you have to swallow it." But he also said: "You had the feeling that our team was on the right track." 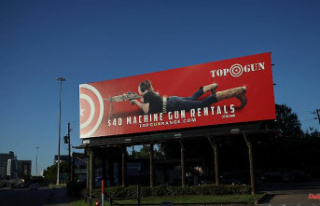 Just three days after the school massacre: US gun...