DLV is looking for a sports director: the Lückenkemper sensation hides immense problems

The world championship of track and field athletes ends in disaster for Germany. 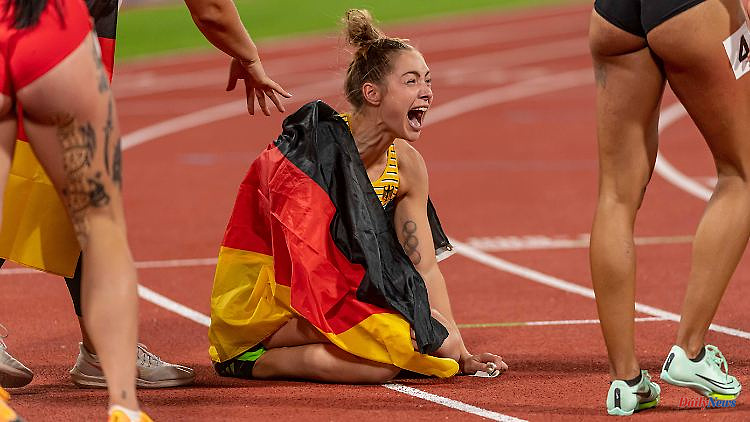 The world championship of track and field athletes ends in disaster for Germany. The subsequent European Championships in Munich went sensationally well, but they couldn't hide the deep-seated problems. Now the association wants to reform its competitive sports structure.

At the athletes' ceremony in Baden-Baden, German athletics shone with their award winners Gina Lückenkemper and Niklaus Kaul. Behind the scenes, the analysis of a by no means splendid season was in its final stages - a few days later the plan for a more successful future is in place: with a still unknown sports director, the DLV wants to climb back into the top five in the world. An ambitious goal.

"The great performance of the track and field athletes in the election for 'Athlete of the Year 2022' will inspire us for the challenges of the new season. At the same time, of course, we also know that we have to work hard to catch up with the world leaders again." , said DLV President Jürgen Kessing.

"If possible" in the first quarter of 2023, the new strong man or the new strong woman should be presented. In the newly created position, "the comprehensive control of competitive sports structures in the sense of a management function" should be designed, it said somewhat bulky in a DLV message.

The sports director is "responsible for competitive sport. This includes control, performance promotion, the federal support system and personnel development in the sporting area." Chief national coach Annett Stein should be relieved of the administrative burden.

Idriss Gonschinska spoke of a "change process. New functions and roles have to be learned and established," said the CEO of the German Athletics Association (DLV). Athletes such as Lückenkemper, EM champion Richard Ringer and Olympic champion Thomas Röhler were also involved in working through the XXL season with the World and European Championships.

"2022 was a very crazy year in German athletics. After the World Cup we had to take a beating, sometimes too hard in my opinion. It was a difficult year with two highlights in three weeks," said 100-meter European champion Lückenkemper Said as part of her award for Sportswoman of the Year. You can't "peak twice in such a short time". Decathlon king Kaul saw it that way, for many athletes the home European Championship was the "main competition", including him.

Only long jump Olympic champion Malaika Mihambo, who defended her World Cup gold, and the women's 4x100 meter relay, who won bronze, had won medals in Eugene - it was the worst World Cup record in German athletics history. One that shouldn't be repeated. The measures should lay the foundation "to do better at the World Cup in Budapest in 2023," said Kessing.

In the long term it should go all the way up again. By the 2028 Olympic Games in Los Angeles, the DLV is aiming for “an international top five place in the nation ranking”. "Mr. or Mrs. X" will then also have to be measured by this in terms of athletic leadership. Especially since top performers such as Lückenkemper, Mihambo or Kaul all publicly called for and demanded improvements. 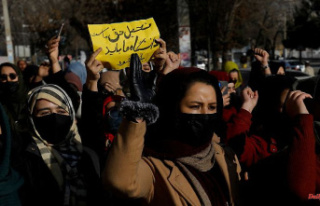 "Rights for all or none": Kabul women join...