Robert Lewandowski and FC Bayern - what a grueling theater. 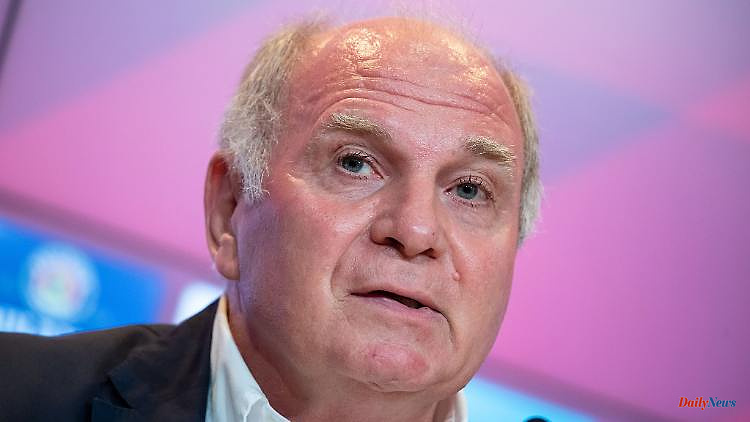 Robert Lewandowski and FC Bayern - what a grueling theater. The striker is trying everything to leave the record champions this summer and switch to FC Barcelona. The Catalans court vehemently, but according to Uli Hoeneß they can save themselves that.

As far as Uli Hoeneß is concerned, the grueling transfer saga about star striker Robert Lewandowski can be completed this Wednesday afternoon. The final words would then be: Lewandowski stays with FC Bayern. Well, of course that's not in the sense of the Poles. After all, he had done everything in the past few weeks to upset the bosses at the record champions. He had even ruled out further cooperation with the successful club because "something had died" in him. Well, apparently the thing is that Lewandowski is not allowed to go with his "dead something".

Not to the longing club FC Barcelona. The huge, tumbling giant club with billions of lousy people is desperately fighting for the striker. Three offers are said to have already been sent to Munich from Catalonia. The last even in the amount of 40 million euros as a fixed transfer fee. Hoeneß knows nothing about it, like he did in Aachen at the congress

But no one has to believe that this afternoon in Aachen marks a historic turning point in the Lewandowski case. Because the traditional Spanish club will not let up in its efforts. Barça has already increased from 32, over 35 to now apparently 40 million euros. At least that's what several media report. Up to the possible pain limit of Munich there is still a lot of distance to be covered. The record champion is said to be demanding up to 60 million euros. In order to raise money for the longing transfer, the club had just sold TV and marketing rights. Up to 700 million euros should flow into the cash register.

The sale of Frenkie de Jong also promises a good income. The Dutch international is being courted by Manchester United. Erik ten Haag will be the new coach there. Both know each other from their time together at Ajax Amsterdam. And we would like to work together again in the future in a promising way. The 25-year-old didn't find his happiness in Barcelona. The transfer should cost 65 million euros. Good money for Lewandowski. According to the Catalan newspaper "Sport", there could be a meeting between the bosses of Bayern and Barcelona this week. That doesn't go with the announcements from Munich. A few days ago, Oliver Kahn said: "We'll be happy if he shows up on the first day of training". That would be July 12th for the anger striker. With a premature farewell one deals "at the moment not at all."

A denial, which does not affect the cooks and assistant cooks in the rumor mill. They are always snipping new names that could fit FC Bayern. Even the young Canadian Jonathan David (22) is now being traded by OSC Lille, who is tied there until 2025. Hugo Ekitike from Stade Reims, just 20 years young, keeps his place in the wild transfer carousel. On the other hand, Munich's interest in Sasa Kalajdzic from VfB Stuttgart is said to have cooled off. What else happens? Completely unclear. But with Sadio Mané, the club has already made a royal transfer. One that Hoeneß was extremely enthusiastic about and made the European football elite sit up and take notice. And the thing is like this: "We don't do it to send out signals, we want to strengthen our team," said Hoeneß: "When it became clear that there was something to be done, we were all enthusiastic." There is "no one at Bayern Munich who doesn't like the transfer".

Meanwhile, Hoeneß also likes the work of sports director Hasan Salihamidžić, who has been publicly criticized for months. "Hasan was very busy during the summer break." Even if the club's efforts are not over yet, he (Hoeneß) already has the impression "that we are providing our coach Julian Nagelsmann with a good team". Is Serge Gnabry still part of it? Not clear. Alongside Lewandowski, the national player is the second personality to wear down FC Bayern this summer. With a view to the offensive star, who has still not extended his contract, which expires in 2023, Hoeneß tried to remain calm. "I know he has a very good offer from Bayern. Now it's up to him to make a decision." 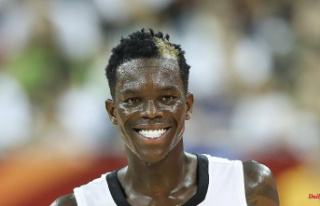