For Mick Schumacher, Formula 1 could probably continue next weekend - he has a run. 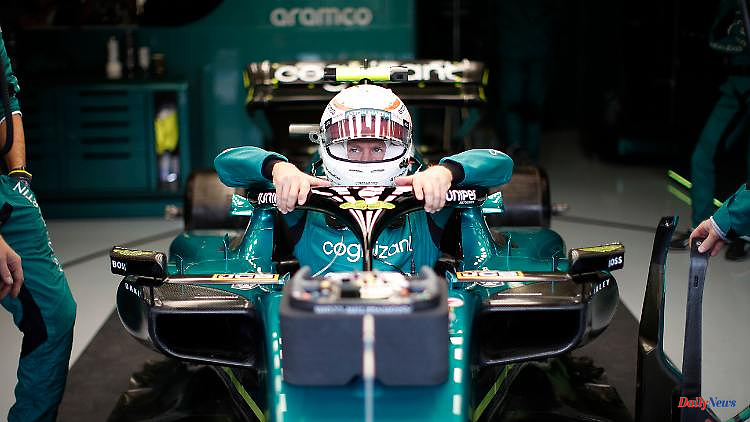 For Mick Schumacher, Formula 1 could probably continue next weekend - he has a run. Very different from Sebastian Vettel, for whom the break is urgently needed. Aston Martin has a lot to do, Ferrari also has to upgrade. Because the world championship fight has not yet been decided.

Max Verstappen continues. It's now 38 points. There were a maximum of 34 at the Spielberg race weekend. Also means: With eleven races left, one of which has a sprint decision and a further eight points in addition to the maximum possible 26 in the race, there are still many, many points to be awarded. But what also became clear: Verstappen no longer tries by hook or by crook to defend himself and get the best out of it at the highest risk when damage limitation, like second place in the Red Bull home game, lives up to its name. He just lost six points.

Nevertheless, it became clear that he had to be prepared for a lot of resistance. Charles Leclerc needed this win for the points account, but above all for his self-confidence. In addition, Mercedes with record world champion Lewis Hamilton (3rd) and George Russell (4th) is getting closer and can steal important points.

Charles Leclerc was a big winner, the celebration after exactly three months without success was extensive, Ferrari also celebrated the comeback of the title contender. On closer inspection, however, many things were exactly the same as in the past few weeks: The Scuderia is a shaky structure. Carlos Sainz's engine burned out and Leclerc himself complained about the strange behavior of his accelerator pedal in the closing stages. Too much was probably not missing for the next big Ferrari drama. It should remain an issue this season: the red cars are very fast. And often broken very quickly.

You know that from the ketchup bottles. You shake and shake, nothing comes out. But if something does come up at some point, then really. Mick Schumacher has been beating his Haas around the world's Formula 1 racetracks for a long time without any profit - but since the beginning of July he has suddenly been getting a lot out of it. There were four points in Silverstone, twice as many now in Spielberg. The 23-year-old's performance had become more and more constant before, "it's a matter of time," said Schumacher, and he was right.

He provides very good arguments for a contract extension - or even a change of team: A name of world fame paired with success. The fact that Mick Schumacher did not hide his frustration about team decisions at the Austria weekend is part of the maturing process. A pattern from the junior series also seems to be repeated: the German needs some time to warm up, but then picks up momentum. In this form, Schumacher is a real asset to the small Haas racing team, which is currently providing him with a remarkably good car.

Sebastian Vettel was once celebrated on the Red Bull Ring. He was the star of the team celebrating its home Grand Prix in Austria. But that is a long time ago. In 2013, Vettel won the World Cup for the fourth and final time, back then in the Red Bull. In 2022, he just experienced days of oblivion in Spielberg in the Aston Martin.

That's why he said again this weekend that he can't say anything about his future yet. The ex-world champion has not yet decided whether he will still drive in Formula 1 next year. His racing team actually makes it easy for him: the idea of ​​a green car capable of winning in the coming year requires a lot of imagination. Austria was a particularly difficult weekend, Vettel was always at the end of the field. And in Styria, he was conspicuous at best for his commitment to bee protection. And through his role as spokesman for the drivers, in the Drivers Meeting he clashed with the race management on behalf of the rest of the field.

The weekend could have been one big, flawless promotional event for Formula 1 and the Spielberg Grand Prix. The organizers counted 303,000 spectators over the entire race weekend, a record in Styria. And the premier class is attracting a lot of fans to the tracks elsewhere as well. The big story when you look at the packed grandstands was a different one this weekend. Numerous reports of sexist statements and sexual harassment in the spectator area caused outrage, Formula 1 launched an investigation, Max Verstappen and Lewis Hamilton were "shocked" and "disgusted". And if the racing series is being completely honest, they must assume that something similar will happen at other tracks as well. 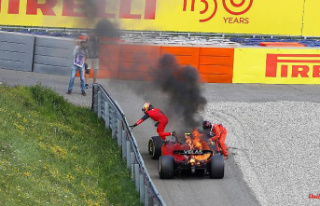