Tricky seconds in Spielberg: Sainz saves himself late from a burning Ferrari 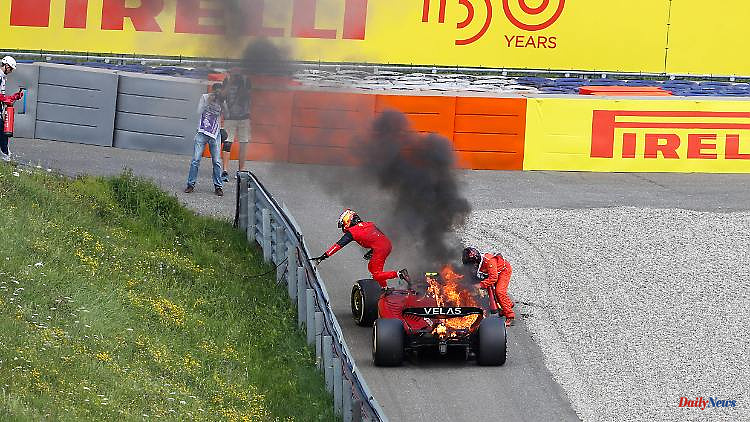 Shocking moment at the Formula 1 race in Austria: Carlos Sainz' Ferrari catches fire on lap 58, the flames spread. Because the marshals reacted too late, things got dicey for the Spaniard. He finally jumps out of his cockpit - and is served.

"No, no, no, no!" screamed Ferrari driver Carlos Sainz, aghast, as his F1-75 went up in smoke on lap 58 of the Austrian Grand Prix. The Spaniard couldn't afford to be frustrated for long, because his life was at stake shortly afterwards. Sainz parked the burning car at the edge of the track before turn four. But because it went slightly downhill there, he had to stay in the car and on the brakes, otherwise the car would have rolled backwards onto the track. Fire extinguishers were in demand - and that's where it got stuck. It took seconds for the marshals to arrive with their devices, which must have seemed like minutes to Sainz.

"Yes, it was strange. I saw that marshals came to fix the car, saw the fire in the rear-view mirror. I was surprised that nobody came faster," Sainz commented on the scene on Sky. The TV pictures show how a marshal with a fire extinguisher first set off in the background, but then turned around. Another finally ran to the Spaniard, first trying to get a wedge under the front tire of Sainz' Ferrari to stop it. That didn't work right away either, it got too hot for the 27-year-old: "At some point I jumped out of the car, even though the car was moving."

Formula 1 drivers' overalls are fireproof. Sainz could have stayed in the flames for a little more than 20 seconds without suffering serious burns. "This scene will be discussed," said Sky expert Ralf Schumacher, criticizing the work of the marshals. The Spaniard said: "It's not ideal. We'll see what we can do in the future."

After the shock, Sainz also spoke about the lack of reliability of the Ferrari. "It's not ideal, we need to take a closer look at the problems. Especially since it cost us a lot of points this time," he said. "That's the way things work: if you have a fast car that breaks down, I'd rather have it than a slow car that doesn't break down." 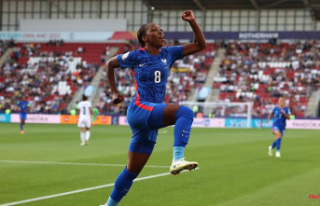