England is pushing into the World Cup semi-finals, playing better than opponents France. 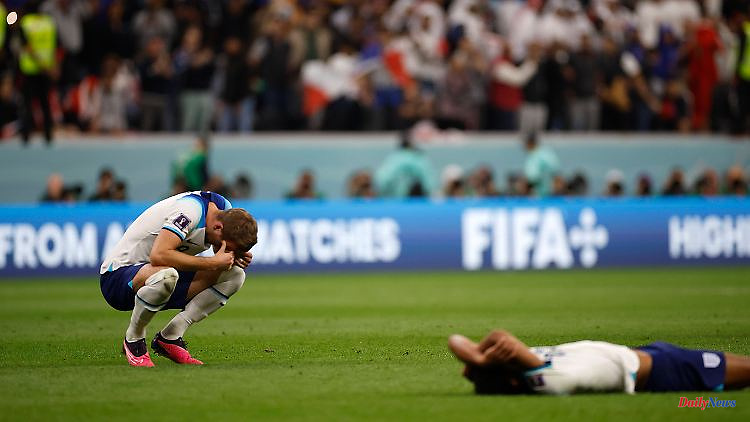 England is pushing into the World Cup semi-finals, playing better than opponents France. But then it's another darn penalty. Harry Kane becomes a tragic figure. Is this perhaps France's belated revenge for a bitter defeat in the Hundred Years' War?

What a battle. The French and the English face each other, both with the will to win and nervousness in their eyes. After all, it's about everything. About life and death. It's October 25, 1415, and at the Battle of Azincourt in northern France, King Henry V's troops celebrate one of the greatest military victories of the Hundred Years' War over Charles VI's army.

There is a lot at stake in the 2-1 (1-0) victory of the Équipe Tricolore in the World Cup quarter-finals this Saturday evening, but fortunately no one slaughtered the other. Nevertheless, this time the French are the favorites to win the battle. Not because of a larger number of troops on the field - the game is 11 against 11 here, while in Azincourt the balance of power is said to have been 3:2 or even 4:1 for the French soldiers - but because the reigning world champion is playing a strong tournament and Qatar's top scorers in Kylian Mbappé and Olivier Giroud.

But then everything turns out differently than it did a good 600 years ago. Back then, the English had a terrible weapon at their disposal: the longbow. They cause such a terrible bloodbath that even Shakespeare wrote poetry about it and a whole nation filled up with self-confidence. King Henry is proclaimed a hero on his return to London, and the French court language is then pushed aside and replaced by a new sense of nationality and an island mentality.

But this time the English forget their longbows in the dressing room. There is only one extremely tragic hero in Harry Kane. And English self-confidence stumbles down the basement stairs again. Because despite a big fight, the Three Lions fail again because of the weakness in penalties that has been plaguing the nation for so long.

On the battlefield, the smallest mistake can make the difference between victory and defeat. In the Al-Bayt Stadium, the battlefield of this quarter-final, Les Bleus afford several disastrous faux pas. But while in 1415 the arrows fired from the longbows severed the armor of the French, this time only footballs hissed over the French gate.

And then the mistakes also lead to penalties. Of all things. A nasty, belated trick of the French, perhaps? 600 years late revenge? Be that as it may, the English national barrier is entering a new chapter. The tragedy continues to grow. The suffering figure this time: Superstar Kane. The Brits captain converted the first penalty after a very clumsy foul by Aurélien Tchouaméni on Bukayo Saka (54') to become his country's all-time leading goalscorer (level with Wayne Rooney).

However, just minutes before the final whistle, Theo Hernández thought he wanted to up the ante when it came to clumsiness, and after a cross he bumped into Mason Mount near the penalty spot. Although this would never have come close to the long ball. The VAR reports and there is the next penalty. The 84th minute is already running.

Did Harry Kane perhaps also think of German football history in this scene? Nobody in the catacombs asks him that question, but the Englishman probably knows a certain Uli Hoeneß. In 1976, the DFB kicker scored the ball from the spot into the night sky in the European Championship final against the CSSR, in the first penalty shoot-out in the final of a major tournament. Kane does the same against France. A few miles further in the desert, two camels are said to have complained about the night's rousing by ball to head.

"It will haunt us for a while, but we will put that behind us too. As captain, I take responsibility, including taking the penalty kick," said Kane after the English team, who had not had a title since 1966, retired. "I can't blame my preparation or details for the miss," Kane said. "I felt just as confident with the first penalty as I did with the second."

"Harry Pain" (pain), headlines the tabloid "The Sun", misses the "heartbreaking penalty". "Penalty Pain … again," reports the "Mirror". Penalty pain, again. Pain everywhere, as if it were 1415. In fact, the Three Lions could very well have won that battle of Al-Khor. They are the more dangerous team, they react excellently to the first deficit with furious attacks and quick equalisation. Harry Maguire fails at the post, Kane again and again at keeper Hugo Lloris.

But then, of all things, this national trauma is waiting in front of the door again. Before Kane, his coach Gareth Southgate (EM semi-final 1996) or Saka, Jude Bellingham and Co. (EM final 2021) became the tragic figures in English football history. Added to this are the bitter failures on penalties in the 1990 World Cup semifinals against Germany or in the 2006 World Cup quarterfinals against Portugal, when ex-Bayern star Owen Hargreaves was the only one to score. Even if it's not a penalty shootout this time. The British have to compete nine times at world and European championships, and the Three Lions leave the field as losers seven times.

France also has a special weapon in this tournament. The longbow of the World Cup, if you will. But even if Kylian Mbappé shows his lightning-fast pace a few times against England, he does not penetrate armor that evening.

So it's just six Tchouaménie, who sharpens his weapons early on and hits the lead with a well-aimed long-range shot (17'). After England's equalizer, veteran Giroud, who had canceled the entire game, marked his fourth World Cup goal (78th). Because the equally unlucky and flawed Antoine Griezmann conjures up a perfect cross on the pitch. Giroud pushes into this with a head instead of a lance, because England's defense towers Maguire and John Stones didn't have him under control once. Additional tragedy for the Three Lions.

Luckily, at the end of the battle of Al-Khor, there are no mountains of corpses like there was in Azincourt. Nevertheless, Kane sinks to his knees after the final whistle. The teammates attempt to rebuild the devastated forward. Pickford scares off the approaching camera crews. Then England retreats and France is jubilant in the World Cup semi-finals. For the second time in a row. Without any longbows. 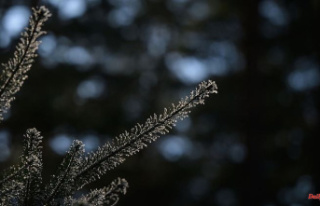 North Rhine-Westphalia: Frosty in NRW in the coming...