Hungry BVB sweats: is it finally time for the Bayern hunter?

Star striker Erling Haaland is gone and yet: Borussia Dortmund is starting the new season with great ambitions and fan favorite Edin Terzic on the sidelines. 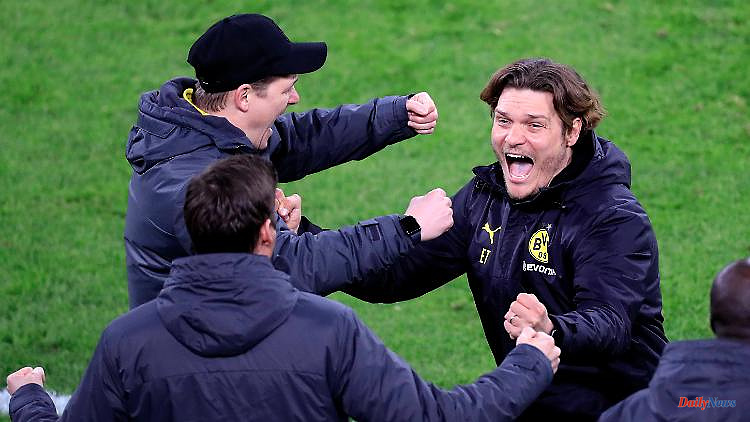 Star striker Erling Haaland is gone and yet: Borussia Dortmund is starting the new season with great ambitions and fan favorite Edin Terzic on the sidelines. The top-class newcomers should help to finally overthrow the series champions Bayern Munich. Can it really work this time?

The first sweat of the new season was already dripping from the foreheads of Mats Hummels, Youssoufa Moukoko and Co. on Monday. In the performance diagnostics, the BVB pros were challenged directly on the treadmill and ergometer, on Wednesday they went to the training ground for the first time - but still without national players and newcomers. It is precisely these who should provide a new boost in Dortmund and finally lead the Westphalians back to the top of German football after ten years.

"For me, BVB is the absolute top favorite for the championship," said former world champion Jürgen Kohler in his "kicker" column - and attributed his assumption primarily to the Dortmund transfer offensive. In view of the investments, Borussia have the "chance to break Bayern's streak," Kohler wrote. However: Such assessments have been made several times in recent years before the start of the Bundesliga. In the end, FC Bayern always won.

The commitments are Niklas Süle, Nico Schlotterbeck, Karim Adeyemi, Salih Özcan and Sebastien Haller. Under the direction of future sports director Sebastian Kehl (from July 1st), BVB drew attention to itself on the transfer market, with Süle also weakening the direct competitor from Munich. And with David Raum, the next national player is already on the Dortmund shopping list. "The BVB squad is slowly but surely taking shape in order to really challenge FC Bayern for the championship," said Lothar Matthäus.

Although the departure of superstar Erling Haaland weighs heavily, the ambitions and euphoria in the club are great. Because with the new, old coach Edin Terzic, a fan favorite is returning to the sidelines. "Let's be hungrier than ever, let's work harder than ever, let's be as positive as never before," the 39-year-old had demanded in a video message addressed to the supporters. Then he was "sure that we have the great opportunity to celebrate like never before".

The fans are hot, season ticket sales stopped at 55,000 tickets. The longing for the first German championship since 2012 is huge, the Westphalians are more than ever waiting for Bayern to slip up. "At some point it will crumble", predicted BVB boss Hans-Joachim Watzke, at some point it will "collapse" at the permanent rival.

Matthäus also sees it this way: "The unrest at Bayern will mean that another team can also become champions." The people of Munich are busy with the alternating theater around world footballer Robert Lewandowski. At the presentation of star newcomer Sadio Mané, CEO Oliver Kahn spoke of urgently needed "new stimuli", the club needed "fresh blood" to drive out a "certain comfort after such a long run of success" from the professionals - but fresh blood also has and especially BVB.

1 Barça will soon send an offer to FCB: chewing gum... 2 Record starting field in Wittlich: Rallye ADAC Mittelrhein... 3 Incident on vacation: campers insult Drosten as a... 4 Places cut off from the outside world: storms wreak... 5 Abortion verdict discussed: Meghan: Prince Harry is... 6 Group chats make them "crazy": Lena Meyer-Landrut... 7 "God save me": Travis Barker is in the hospital 8 Consumption in apartment buildings: Influence on overhead... 9 Aldi, Lidl, Netto, Penny ...: These are the deceptive... 10 Judgment on sole claim: What will happen to the marriage... 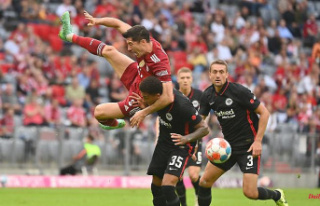 Barça will soon send an offer to FCB: chewing gum...