In the last preliminary round game against archrival Switzerland on Tuesday, a German World Cup record and even group victory beckons. 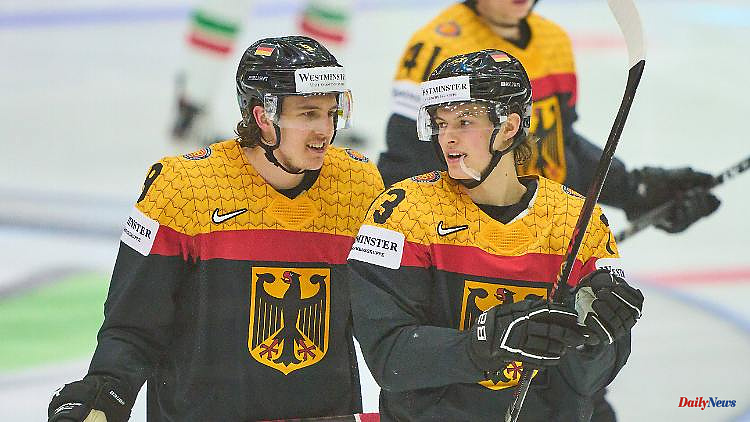 In the last preliminary round game against archrival Switzerland on Tuesday, a German World Cup record and even group victory beckons. After five wins from six games, the ice hockey team is very self-confident. But you are not yet satisfied.

The morning after the historic milestone, the DEB team had a relaxed atmosphere on the ice. No wonder: With the longest winning streak in their World Cup history, the selection of the German Ice Hockey Federation (DEB) has the next coup in Helsinki in mind. Against the eternal rival from Switzerland, who has so far won all six games in the Finnish capital in an impressive manner, there will be a showdown for first place on Tuesday (11:20 a.m. on Sport1, MagentaSport and in the live ticker on ntv.de). where Germany has never made it to the quarter-finals.

"We have already shown that we can beat Switzerland," said AHL professional Leon Gawanke confidently: "Last year everyone thought they would sweep us out of the hall. But we won the game." The 22-year-old knows what he's talking about, after all the defender has fond memories of the Confederates. At last year's World Cup in Riga, the DEB selection won 3-2 after a penalty shoot-out against the Swiss in the quarter-finals and Gawanke only made it possible to extend the match with his goal to make it 2-2 just 44 seconds before the end of regular time. "It was one of the greatest goals of my career," said Gawanke, adding: "Hopefully I can look at a new goal after the World Cup."

This year, however, important players are missing, especially on the offensive. Leon Draisaitl is tied in the NHL playoffs with the Edmonton Oilers. Ex-NHL striker Dominik Kahun was injured shortly before and NHL top talent Tim Stützle during the World Cup. For the 20-year-old Stützle, the tournament is over despite what is probably only a minor knee injury. This hits the German team hard, especially in the upcoming games against the strong nations. "It's bitter. It's a very, very important player for us," complained NHL defender Moritz Seider.

Starting from the top of the table in the World Cup quarterfinals would be the next milestone for the DEB selection. But the goals before the big showdown are already higher. "We want the title. We have so much quality in the locker room," said Seider, who is already looking forward to the "special duel" on Tuesday: "We're hot. We'll do everything to get first place for the first time to secure."

In 2011 and 1933, the DEB selection had already won the preliminary rounds in smaller groups, but then there were further rounds of points that were never finished first. The team of national coach Toni Söderholm, who missed training on Monday "slightly ill", must probably win against Switzerland by three goals in order to win the group. The DEB team is aware that against the selection peppered with seven NHL players, a significant increase in performance is necessary after the weak game against Kazakhstan. "Of course we have to analyze well now and perform much, much better against Switzerland," said Gawanke. "We have to be more consistent," stressed Seider.

Söderholm, on the other hand, looked at the starting position soberly as usual: "We should just concentrate on the essentials now. The table develops by itself." Before the Olympic fiasco in February, he had spoken openly about his team's chances of a medal and had not shied away from the gold medal goal. The case was all the more violent after the quarter-finals, which were ultimately missed miserably, and the criticism was all the louder. The national coach is now appearing correspondingly reserved. The pressure shouldn't be as overwhelming as possible. "Let's just concentrate on our game," said Söderholm now. And that's working great at the moment. His team also wins the less good or tight games again.

1 F1 driver is looking for the perpetrator himself:... 2 Feldmann "no longer welcome": Eintracht... 3 Flares, Bengalos, Zlatan: After the Scudetto, AC Milan... 4 Deadly shot at fair: Police arrest suspects in Lüdenscheid 5 Boy suffocated in a sack: judgment on Hanau cult murder... 6 Without a mask at the state funeral: Kim challenges... 7 Reduce negative energy: These tricks help against... 8 Lower security level: Boris Becker transferred to... 9 Compensation Judgment: Money Back for Losses in Online... 10 Is a new pandemic looming?: What we know so far about... 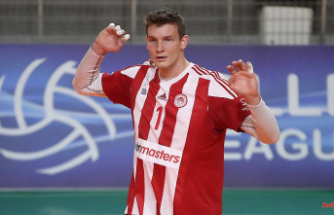 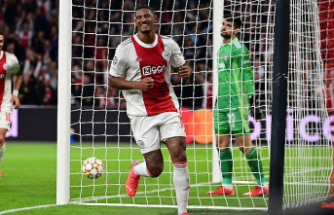 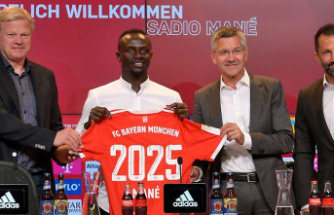 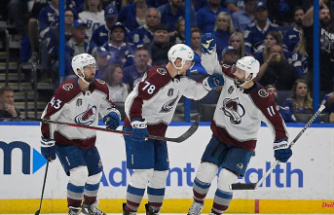 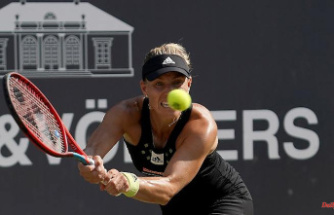 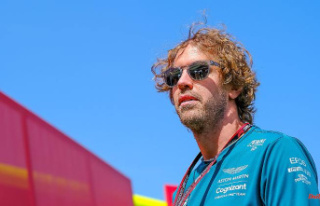 F1 driver is looking for the perpetrator himself:...