In the Wimbledon final it makes puff: Kyrgios crashes into self-destruct mode

Nick Kyrgios played his way into the Wimbledon final with outstanding performances and his typical show on the tennis court. 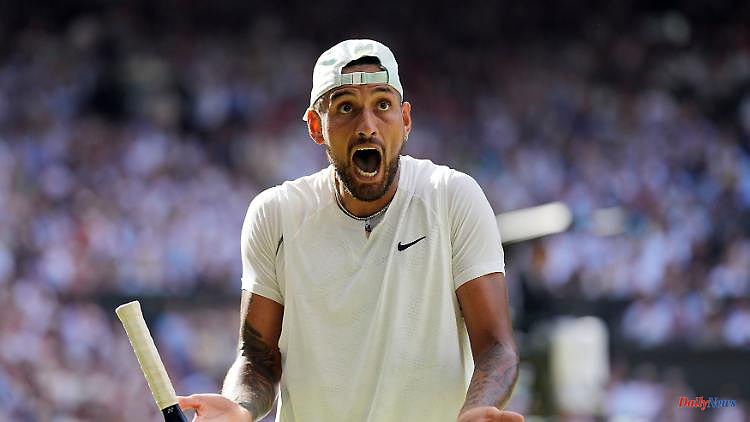 Nick Kyrgios played his way into the Wimbledon final with outstanding performances and his typical show on the tennis court. The Australian also starts off strong in the duel with Novak Djokovic, but then loses control of himself again.

Nick Kyrgios has his (very particular) take on things. Of course he did. Otherwise Nick Kyrgios wouldn't be Nick Kyrgios. At the award ceremony after losing the Wimbledon final against Novak Djokovic, he wore a red cap and thus violated the sacred dress code for the classic lawn (penalty!), he confessed: "I have the feeling that if I had won this Grand Slam, I would have lacked the motivation." He had been drummed into it all his life that a triumph on the most important pitch in the world was "the ultimate achievement". Staying focused would certainly have been difficult. said the Australian.

That was quite a funny sentence. Because the thing with the focus is actually not his. The man with the monstrous serve, with the fine hand and the great sense of humor is more susceptible to sideshows on the court than anyone else. He smells opponents everywhere. In the stands, in his box. And in his head. It is usually the larger opponents than the opponent on the other side. Because Kyrgios is blessed with a talent that should actually make him one of the best players of his generation.

He showed how good he is in the first set of the final. His serve, a weapon. His forehand, too. Djokovic didn't find the right means to fight back. With 6:4 the passage went to the Australian. "You can't prepare a match against Nick Kyrgios. He's a tennis genius," said Goran Ivanisevic, Djokovic's coach, after his protégé's victory. Kyrgios is a mad genius. There was further evidence of this after sentence one, then the duel tipped over. And actually you don't know why. Kyrgios suddenly switched to an emotional gear that destroyed his game. The "Spiegel" called it a kind of self-destruct mode. Madness had caught up with him again. Instead of violent blows, there were only tantrums. Against himself, against his box and against a spectator who would bother him and look "as if she had 700 drinks". Kyrgios' performance turned into a wild tirade.

The "Bad Boy" was back. The bully who doesn't want to fit into the sophisticated world of the classic lawn. Who always fails on himself. To the demons of his past. With suicidal thoughts. With drug use. His former manager John Morris believes that the 27-year-old deliberately uses the bully image - and is actually a nice, sensitive boy. "In a lot of ways, that's his alter ego for the stage," he told the Sydney Morning Herald, adding, "But he also protects himself with it." But before what? This question remained unanswered. One thing is clear: the uncouth side of his character doesn't always help him.

Djokovic took it easy. He now had the game under control, also because his opponent was just out of control. So the duel went its way. After 3:01 hours on Center Court, where he hasn't lost a duel since 2013, the Serb won his seventh victory in the classic lawn. He now has as many London titles as his childhood idol Pete Sampras from the USA. He still lacks another success for record man Roger Federer. Perhaps more importantly for the 35-year-old, he caught up in the fight for the Grand Slam crown (most titles of all time), and with 21 wins is only one behind Rafael Nadal, who had to give up against Kyrgios in Wimbledon before the semi-finals.

Whether and when Djokovic will catch up with the Spaniard is completely open. He will probably miss the US Open (from the end of August), he continues to refuse vaccination against the corona virus and is therefore not actually allowed to enter the country. Whether he will then be allowed to start at the Australian Open in early 2023 does not seem certain either. That year he engaged in a disturbing immigration dispute with the authorities, which made him persona grata in the country and in large parts of the tennis world (fan side). Instead, he became a symbol of the pandemic conflict line that was dividing society.

For many, this is also Kyrgios. Hardly any player divides the tennis scene with his style. Some admire him for his talent and his show. The others demonize him for his rude and outrageous manner. "You have shown that you are one of the best players in the world," said the Serb: "I respect you very much and I never thought that I would say so many nice things about you will." In the past, the Serb had to endure repeated bullying from the Australian before jumping to his side in the vaccination dispute back home and then declaring a "bromance", a male friendship. Kyrgios also found flattering words for his new buddy. "He's a bit of a god," he said. "Even if you win the first set, it feels like you have to climb Mount Everest."

What's next for Kyrgios, who is only ranked 45th in the world? Nobody knows. Nobody can know. Because nothing is more difficult than predicting the Australian's path. He himself says: "I can still improve a lot in my game, not just composure. My forehand return has to be better, I'm working on that a lot. You can always get stronger, always fitter." The belief in one's own strength, with which his opponent confidently seized the final, only comes with experience, believes Kyrgios. "I already collected the Wimbledon final." And according to their own statements, motivation too... 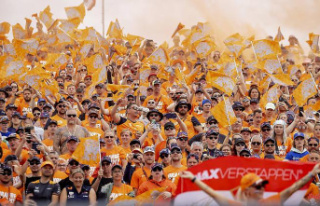