The USA were last ice hockey world champions 62 years ago - and have failed in the semifinals for the 15th time since then. 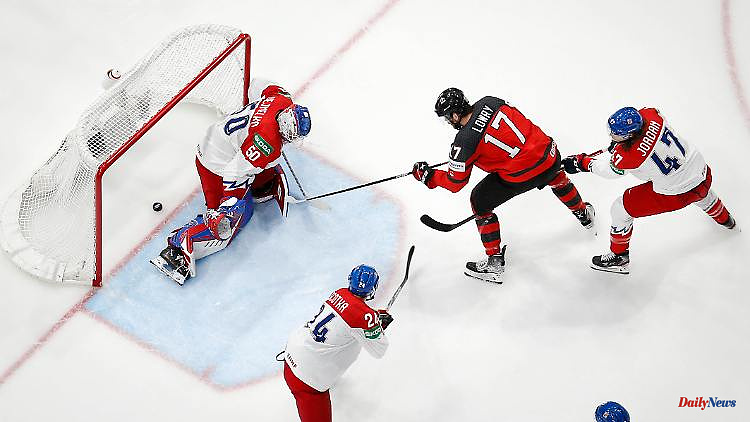 The USA were last ice hockey world champions 62 years ago - and have failed in the semifinals for the 15th time since then. Instead, Olympic champions move into the final in their own country. Canada is waiting there for the third time in a row. With a win, the North Americans would be the sole record winners.

And groundhog salutes every year: Defending champions Canada and Olympic champions Finland contest the final of an ice hockey world championship for the third time in a row. In the semi-finals in Tampere, Canada defeated Germany's Czech Republic 6-1 (1-1, 3-0, 2-0). World Cup host Finland narrowly and with a lot of luck prevailed 4: 3 (1: 1, 2: 1, 1: 1) against the USA. The final will also take place in Tampere on Sunday (7:20 p.m./Sport1 and MagentaSport). With another gold medal, Canada can become the sole record world champion ahead of Russia, which was excluded from the tournament as a result of the Russian war of aggression against Ukraine.

After a balanced first third, Canada broke the resistance and morale of the Czechs with three goals within three minutes, who had taken the lead 1-0 (8th) through David Krejci. It was to remain the only Czech goal before the Canadian goal machine got rolling. Dylan Cozens equalized 30 seconds before the first period break, after which Adam Lowry (28'), Kent Johnson (29') and Matthew Barzal (31') scored within the minute. Cole Sillinger (44th) and again Cozens (53rd) made everything perfect in the last third.

The USA, last world champions in 1960 and since then failed 15 times in the semi-finals, got off to a good start against Finland. Only 64 seconds were played when defender Nate Schmidt made it 1-0. The Finns were only briefly shocked, in the 17th minute young Miro Heiskanen equalized to make it 1-1. The Finnish 2:1 lead by Sakari Manninen in the 17th minute was equalized by Sean Farrell to make it 2:2 (28th), but just 120 seconds later Sami Vatanen restored the old lead (30th).

After Joel Armia made it 4-2 (48'), the cheering in the crowded ranks knew no bounds, but the USA didn't give up yet. Two minutes before the final siren, Adam Gaudette scored the goal to make it 4:3, but it was too late to turn the game around again. 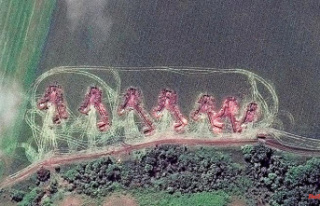 The day of the war at a glance: Further Russian successes...