Moment of shock at the CHIO: German rider crashes into the obstacle with Messi

Because Messi is too "shy", Janne Friederike Meyer-Zimmermann has to use all her skills to avoid a fall. 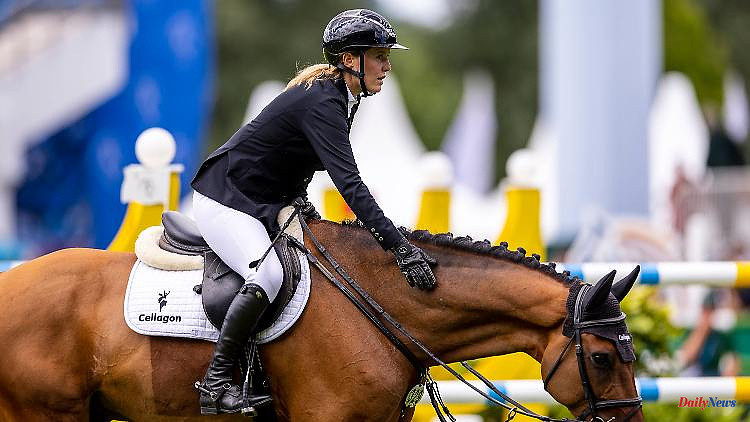 Because Messi is too "shy", Janne Friederike Meyer-Zimmermann has to use all her skills to avoid a fall. At the CHIO in Aachen, the rider is surprised by her horse - and causes a moment of shock. But she keeps the chance of a World Cup ticket, which does not apply to all Germans.

The audience held their breath for a moment: show jumper Janne Friederike Meyer-Zimmermann caused a moment of shock at the start of the second day of the CHIO tournament in Aachen. With luck and skill, the show jumper avoided a fall in the saddle of her horse Messi. The winner of the 2011 Aachen Grand Prix rode into the last obstacle in Wednesday's first competition. "I was surprised myself," said the 41-year-old from Pinneberg. "The last jump showed that the horse might still be a bit shy after all."

The fight for a World Cup ticket almost ended prematurely for Meyer-Zimmermann. The team world champion from 2010 got back into shape in good time after her baby break and has a top horse under her saddle again in the ten-year-old gelding Messi. On Thursday she is supposed to ride in the CHIO national team.

"It can happen, but it shouldn't," commented national coach Otto Becker on the fall that was just avoided. The rider said: "He had a brief moment of uncertainty and might have needed more reassurance from me." She believes that Messi "is not insecure now - and neither am I". The Belgian Wilm Vermeir won the show jumping in the saddle of Linguini.

In addition to Meyer-Zimmermann and Messi, three other couples have been nominated for the Nations Cup on Thursday evening: Christian Kukuk with Mumbai, European Champion André Thieme with Chakaria and Jana Wargers, who lives in Belgium, with Limbridge. "The Nations Cup is an endurance test with a view to the World Cup," said the national coach. "They can prove themselves there."

Marcus Ehning decided not to start in the CHIO quartet. "I agreed that with Otto," said the team's Olympic champion, referring to the national coach. The current top horse of the world-class rider from Borken is Stargold, with whom he hopes to compete at the World Championships. "I want to be there," said the 48-year-old. In addition to Ehning, Christian Ahlmann and Daniel Deußer, who also lives in Belgium, are hot candidates for the World Championships in August in Herning, Denmark.

The dream of the World Championships is over for dressage rider Dorothee Schneider because her horse Showtime was withdrawn before the planned CHIO appearance. It was "not as fresh" as it was last time at the German championships and in training, according to a statement from the German Equestrian Federation (FN). "It's bitter, especially for Dorothee," said national coach Monica Theodorescu.

The two-time team Olympic champion from Framersheim had won the Grand Prix and the Special with Showtime at the DM in Balve after a break of several months. But the way into the team leads via Balve "and a start at the CHIO Aachen", explained Klaus Roeser, chairman of the dressage committee. 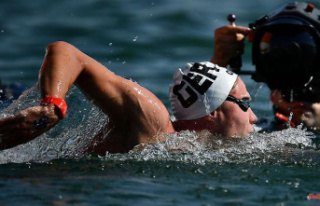