Record winner Vonn caught up: Shiffrin grabs the ski crown with a show of power

She has been the outstanding ski racer for years: Mikaela Shiffrin. 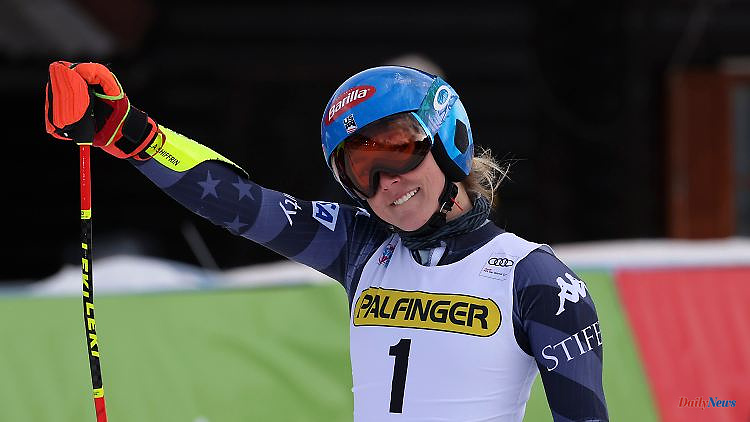 She has been the outstanding ski racer for years: Mikaela Shiffrin. The American is now level with her compatriot Lindsey Vonn in terms of the number of World Cup victories. The only 27-year-old can already squint at the next record.

Exceptional Mikaela Shiffrin has broken the record for most victories by a female skier in the World Cup. At the second giant slalom in Kranjska Gora, Slovenia, the 27-year-old American finished first for the 82nd time - she drew level with her former teammate Lindsey Vonn. Only the legendary Swede Ingemar Stenmark has more victories in the World Cup: He won 86 times, only in giant slalom (46) and slalom (40).

"I have spots on my face, I don't think I've ever been as nervous as I am today, and I don't even know why," said Shiffrin, who was visibly touched by the record, and then added with noticeable relief: "I just wanted to ski well - and I made it." However, she did not care about 82, she later confessed to ZDF, but: "82 victories are indescribable."

In the first giant slalom in Kranjska Gora, the high-flyer finished sixth on Saturday, on Sunday she won ahead of Federica Brignone from Italy (0.77 seconds) and world champion Lara Gut-Behrami (0.97). At the finish, overall World Cup winner Shiffrin shouted her joy at the seventh success of the season with a loud "Yeeesss".

Shiffrin, who debuted in the World Cup on March 11, 2011, only needed 233 races to match Vonn's record. In Kranjska Gora, the best female ski racer in history stood on the podium for the 129th time. The two-time Olympic champion and six-time world champion is the only one to have won competitions in six disciplines, most of them in slalom (51). Nobody has more wins in a discipline than the exceptional.

Shiffrin will probably set the new record for women no later than the last weekend in January in the giant slalom and slalom in Spindleruv Mlyn (Spindlermühle) in the Czech Republic. Before that, in St. Anton/Austria and Cortina d'Ampezzo/Italy, a total of two downhills and three Super-G's will be raced - the all-rounder has, however, already won races in these two disciplines as well. 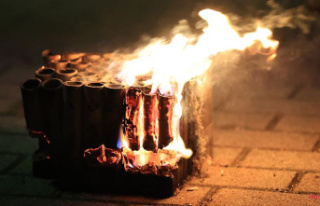 200 people rage in Borna: the Saxony police are looking...