Shaking heads over tactics: This is how Ferrari misses the world title despite winning

After 150 races, Carlos Sainz celebrates his premiere in a euphoric mood: it is the Ferrari driver's first victory in Formula 1. 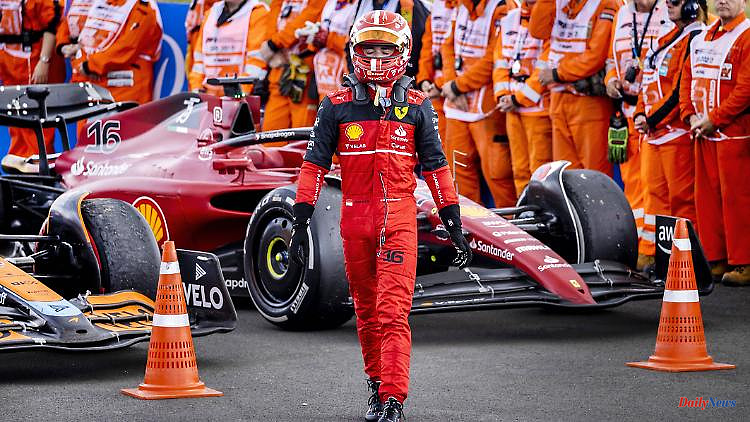 After 150 races, Carlos Sainz celebrates his premiere in a euphoric mood: it is the Ferrari driver's first victory in Formula 1. Despite the success, the racing team mostly shakes their heads instead of congratulations. Because he leaves the second driver, Charles Leclerc, hanging bitterly.

Ferrari wins - and is still the loser of the race. While Carlos Sainz jr. celebrates his first race victory at the British Grand Prix, his teammate Charles Leclerc is served. The Scuderia helped decide the race with their tactics. And thus causes a shake of the head - internally and among the competition.

"I don't know what to say - it's incredible. My first race win after 150 races in Formula 1. Winning my first race at Silverstone with Ferrari is a day I will never forget," Sainz said with a smile. With the Spanish flag around his shoulders, he stood on top of the podium after the spectacular race with a horror crash by Guanyu Zhou, a long break in the race, a restart and a tough fight for the top position.

The 27-year-old had won qualifying and started the race from pole position. The fact that he held the place was not a matter of course. Verstappen overtook him at the first start, but then aggressively defended his lead at the restart. It turned out to be an extremely exciting race with ever new twists and turns. Verstappen took the lead after Sainz made a driving error, and shortly thereafter the world champion complained of losing speed. He got new tyres, but that didn't solve the problems of the 24-year-old, who had previously won six races of the season. "The car is 100 percent broken," said Verstappen. Red Bull confirmed: Its chassis is damaged. The seventh victory was gone - in the end the world champion saved seventh place against Mick Schumacher, who scored for the first time.

Further ahead, however, Ferrari was fighting - mainly against itself. The two drivers drove against each other, the team initially gave them the freedom to carry out the matter on the track. "What should I do? That's how my race breaks up," Leclerc complained via team radio, he felt held up by the slower Sainz. When Lewis Hamilton, who had regained his strength, passed both of them with a pit stop and led the race, Leclerc Sainz was allowed to pass. However, the team did not stick to the favoritism consistently.

When Esteban Ocon had to park his Alpine with a defect on lap 40 and the safety car came out for the rescue, many teams took the opportunity to pit. Also Ferrari - but only for Sainz. While all competitors switched to soft tyres, Leclerc had to finish on the hard, slower ones. Accordingly, he could not keep his podium place and had to let Hamilton go.

"We thought we didn't have enough speed to keep the cars behind us, so we had to make a decision," said Ferrari team boss Mattia Binotto. "We then left Charles out because at that point he was leading the race and it wasn't clear what was going to happen after that. So we brought Carlos in, it was the only car we could get in. Then we hoped it would there would be more wear on the soft tire."

The competition contradicted this assessment. "It was a strange decision because they could have made a double stop," said Red Bull team boss Christian Horner. "Even if Lewis had stayed out they would have had the better tyre. I'm sure they had their reasons. Charles fought very hard. With Lewis and Checo he was wheel to wheel. It was an exciting race and again a Ferrari thing." And even experts did not understand the decision at all: Ferrari "did everything wrong," said RTL commentator Christian Danner.

Leclerc was well served, but held back public criticism: "It was very difficult. Everyone had fresh softs around me. I fought for a long time, but it wasn't enough." And Binotto could understand his disappointment. "He delivered a great race, made a great start and fought on the hard tires when the others were on the soft tyres," said the team boss. "It's difficult for him to be happy, but it's important to keep calm in a situation like this."

But rest doesn't bring any points, the hunt for the world title won't get any easier for the Monegasque. Although Leclerc could have benefited enormously from Verstappen's weakness and could have caught up in the World Championship standings, Ferrari missed this opportunity. After the race at Silverstone, he is still in third place. Now with 138 points, he was barely able to make up ground on the leader, Verstappen, who has 181 points to his credit. 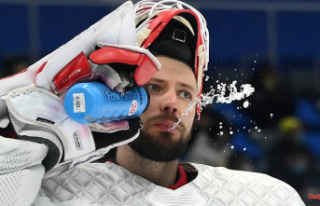