"Should be happy first": DFB coach asks for rest for Moukoko

Youssoufa Moukoko shoots the German U21 national team to victory in Poland, then his coach talks about what he wants from his striker: be happy! It is not quiet around the gifted teenager, but that is exactly what Antonio Di Salvo demands. 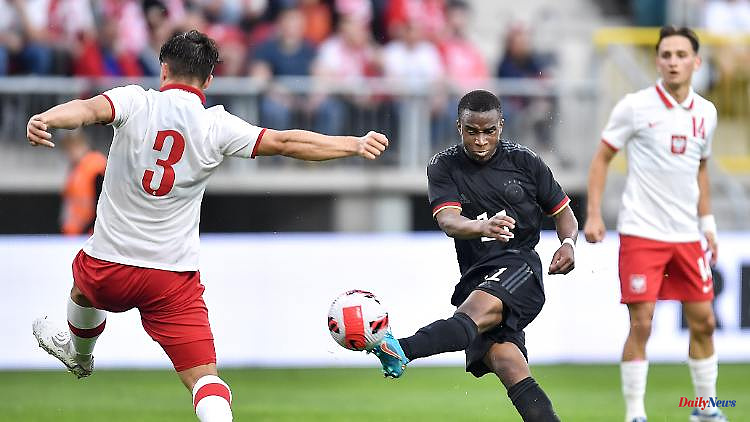 Youssoufa Moukoko shoots the German U21 national team to victory in Poland, then his coach talks about what he wants from his striker: be happy! It is not quiet around the gifted teenager, but that is exactly what Antonio Di Salvo demands. Probably in vain.

Germany's U21 national coach Antonio Di Salvo asked for patience in dealing with the exceptional talent after Youssoufa Moukoko's next brace. "It's important to let Youssoufa work in peace, to let him mature in peace," said Di Salvo after the 2-1 (1-1) at the end of the European Championship qualification in Poland, in which 17-year-old Moukoko scored both goals had scored. "He still has a lot to learn, but for now he should be happy that the season ended like this."

For Moukoko it was goals number five and six in his fourth appearance for the German U21s. At Borussia Dortmund, Moukoko experienced a difficult season with many injuries and few playing times. His future with the Bundesliga club is therefore open, his contract expires in 2023. From Di Salvo's point of view, match practice is therefore particularly important for the attacker at the U21s. "I'm happy that Youssoufa is returning to the club with confidence. That was also the aim, for him to get back into the game and to prove his goal threat," said the 42-year-old. "The fact that it worked out like this makes us all the happier and should make him happy as well."

The now former BVB coach Marco Rose had already asked for patience in the final spurt of the season - from everyone involved. "Do you know how old the boy is? He's 17. Then it's written: Youssoufa Moukoko's crash. If I'd had to endure or read something like that when I was 17, I don't know how I would have felt," said Rose in May. He would like "that the boy would be allowed to be 17 and develop. And not tie any blocks to his leg, build up pressure or give the club respect."

Despite his frequent injuries, Moukoko is unhappy with his playing time. 16 league appearances spread over 210 minutes (two goals, two assists) do not meet his expectations. The youngest player and goalscorer in Bundesliga history was only once in the starting XI. The Spanish sports newspaper "AS" had already written about an interest from Real Madrid, the Champions League winner said the teenager's services should be worth 20 million euros.

Moukoko himself also made sure that he was rarely quiet: the 17-year-old caused a stir with photos and messages via Snapchat after the last game of the season against Hertha BSC. "After six years of wonderful moments, I have to say goodbye," it said, among other things. "Youssoufa's messages were worded in an ignorant way. He apparently wanted to thank his retiring colleagues," future sporting director Sebastian Kehl quickly clarified. 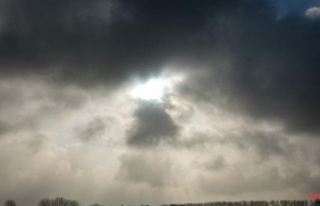