Although her chemotherapy is not yet complete, para-swimmer Elena Semechin starts at the World Championships in Madeira. 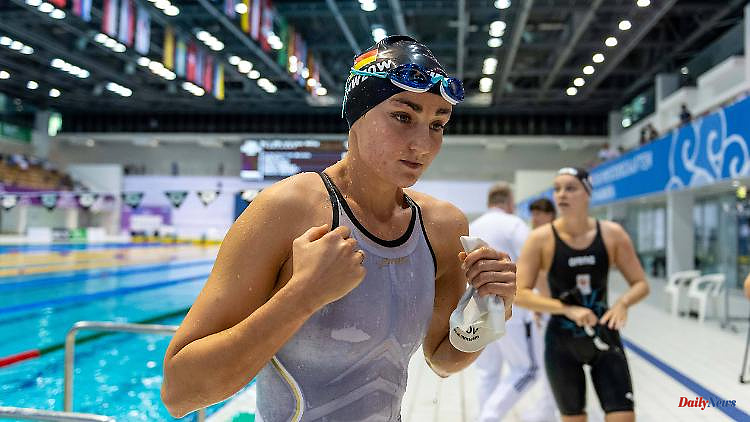 Although her chemotherapy is not yet complete, para-swimmer Elena Semechin starts at the World Championships in Madeira. There she is concerned with something much more important than sporting success. She wants to show that cancer can be controlled.

Elena Semechin no longer has to prove anything to anyone, especially not to herself - and certainly not in her current situation. After all, the Paralympic champion jumps into the water between two cycles of her chemotherapy at a World Cup. "It doesn't matter what comes out of it, I'm already the winner," says the visually impaired swimmer in a powerful voice in the SID interview. With her start on Madeira, the fighter sets an impressive example.

Semechin has never competed at a major international event under such extraordinary circumstances - and she has never been so relaxed before. "I'm aware that I won't be swimming any world records. I can't do brilliant things," says Semechin. But that's not what it's about anyway: "I want to show that I'm not dead, that you can live with cancer and have it under control."

When the two-time world champion jumps into the water for her 100m breaststroke heat in Portugal on Monday, she has already achieved so much more than she thought possible six months ago. Semechin estimates that "60 to 70 percent" of their previous performance is left - no reason to give up: "I've been enjoying every moment since the diagnosis. I'm just looking forward to what's happening now."

For good reason: In October, a few weeks after her golden 100-meter race in Tokyo, Semechin, née Krawzow, received the devastating diagnosis of a brain tumor, followed by the complicated operation at the beginning of November. Only four days after the second part of her chemotherapy, Semechin returned to the German championships in her native Berlin - and promptly swam onto the podium.

For the ambitious 28-year-old, the impressive comeback was just an intermediate step on the way to the highlight of the season, where the German Disabled Sports Association (DBS) sends twelve athletes to the start from Sunday to Saturday. Semechin, who has just survived her fourth chemo cycle, does not even think of letting the exhausting radiation stop her - although the fifth begins shortly after the World Cup.

"You have to be crazy to do all this, even though your body is poisoned and at the end of its tether," says Semechin: "But I know my body well from years of competitive sports." Even the many days she spent in bed without strength didn't throw her off course. "I try not to pay too much attention to it," she says.

And then? The brain tumor can return at any time - Semechin knows that. "I try to do competitive sports as long as my body allows it," she says: "I just like this lifestyle." With this attitude, she will jump into the pool on Madeira on June 13 - and set an example for self-determination.

"Doing an international match as a mom": The relentless balancing act of the EM mothers
BREAKING NEWS 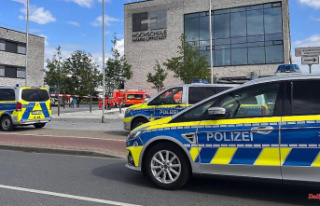 Knife attack in Hamm: woman is still in mortal danger