The “Club” loses again: a cup throwing scandal causes the game to be interrupted

Arminia Bielefeld collects big points in the relegation battle of the 2nd Bundesliga. 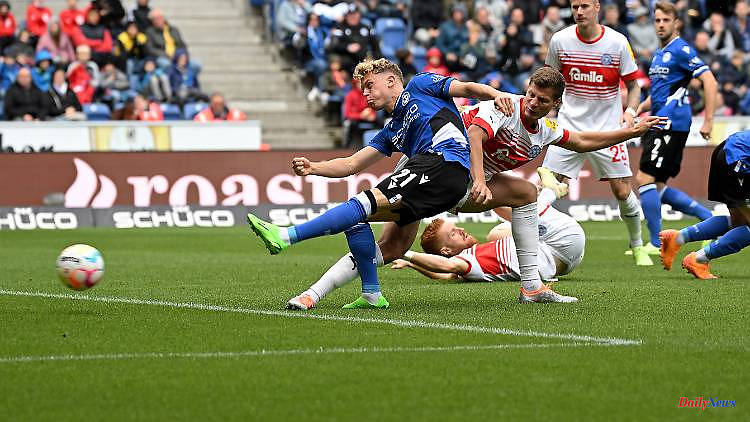 Arminia Bielefeld collects big points in the relegation battle of the 2nd Bundesliga. Two lightning starts are enough against Holstein Kiel, in the end it will be very exciting. Darmstadt 98 clearly defeated FC Nürnberg and is now unbeaten nine competitive games in a row. Rostock beats FC Magdeburg in the Ostduell.

After three draws, Darmstadt 98 has returned to winning ways in the 2nd Bundesliga. The lilies won 2-0 (2-0) against 1. FC Nürnberg and are currently second in the table with 18 points. In the 65th minute, Darmstadt's Tobias Kempe was hit in the head by a cup from the FCN fan block during a corner kick. The game continued despite this ugly scene.

In the home game against Fortuna Düsseldorf (8.30 p.m. / Sky and Sport1), Hamburger SV can overtake the Hessians again and take second place. The club lost for the third time in the last four games and find themselves in mid-table. Tobias Kempe (8th) and Phillip Tietz (27th) scored the goals for the home side in the first round. Braydon Manu served Kempe in an exemplary manner at the opening goal. At 2:0, Kempe paved the way after a corner kick, so that Tietz was able to complete with a header.

In the 26th minute, Fabian Schnellhardt had another good shot for SVD from almost 20 meters away, but keeper Christian Mathenia was able to fend off the well-placed ball. Although the guests sometimes had significantly more possession of the ball, they were unable to make much use of it. The offensive actions were too transparent. The Hessians were very compact and well organized, so the club offensive didn't really get going. Darmstadt acted much more purposefully and consistently than the guests. On the host side, captain Fabian Holland played his 250th game for the lilies. Mathenia made his 100th appearance in the 2nd division for Nuremberg with the Franks.

Relegated Arminia Bielefeld has gained some breathing room with the second win of the season. After a lightning start, the East Westphalians won 4-2 (2-0) against Holstein Kiel and initially left the bottom of the table with eight points.

Robin Hack (1st) made the hosts cheer immediately, ex-Kieler Janni Serra (36th) and Masaya Okugawa (48th) followed suit. Alexander Mühling (59th) and Fin Bartels (68th) then scored for the Northern Lights (12th), who are stuck in the middle of the table after their second defeat in a row. Bryan Lasme's goal (85') calmed Bielefeld's nerves. Arminia got off to a dream start: Hack didn't even need 20 seconds to put the ball in the Kiel goal on the first attack. But after an alleged offside position, it took three minutes before the goal was recognized after video evidence.

The 19,460 spectators on the Alm also saw an entertaining game with scoring chances for both sides. However, Bielefeld was initially the more efficient team. After a cross from Hack, Serra headed in to make it 2-0, Arminia keeper Martin Fraisl made several strong saves. After the break, Kiel missed the opening phase again. But after the 0:3, the guests turned up the heat. Mühling and Bartels ensured an exciting final phase.

A brace from Kai Pröger (30'/41') paved the way for Hansa Rostock's 3-1 (2-0) win against newly promoted 1. FC Magdeburg. While the North Germans scored three times again after the last three defeats and are placed in midfield, the FCM is second to bottom in the table with only seven points.

In the 62nd minute, Lukas Fröde (62nd) made it 3-0, with the referee giving the goal after a video decision. In the 84th minute, Rostock's goalkeeper Markus Kolke parried a weak penalty kick from Baris Atik, which, however, made the final score in the 90th 4. In the 38th minute, Pröger had had another good chance for the Mecklenburg team. However, Magdeburg could have taken the lead in the 17th minute, Rostock's Lukas Scherff prevented the goal. Amara Conde released Luca Schuler, Kolke deflected the ball, Scherff headed the ball to the crossbar during his save and Kolke then brought the bouncing ball under control.

Rostock's Lukas Hinterseer (22nd) also had the 1-0 on his feet, but could not overcome keeper Dominik Reimann. Four minutes later, Kolke defused a shot by Moritz Kwarteng. FCM played well and had their chances, but FC Hansa were much more efficient in scoring. Svante Ingelsson (59th) already had the opportunity to make it 3-0, but Reimann was on the ball. 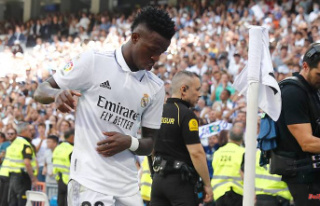