The Bundesliga game between Werder Bremen and FC Augsburg ended turbulently and with a delay of several minutes. 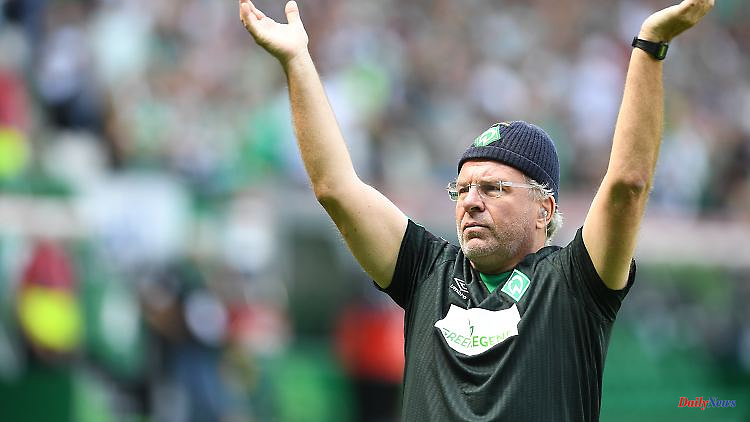 The Bundesliga game between Werder Bremen and FC Augsburg ended turbulently and with a delay of several minutes. The anger then apparently continues, because stadium announcer Christian Stoll is said to have gotten the wrong tone. It's his last game on the Werder microphone.

Werder Bremen has ended its collaboration with stadium announcer Christian Stoll with immediate effect. This was announced by the Bundesliga soccer team. "SV Werder Bremen and stadium announcer Christian Stoll are going their separate ways with immediate effect. After several discussions over the past few weeks, the decision was made to end the collaboration with immediate effect." The club did not provide any information about the reasons for the separation. Stoll wanted to declare himself over in the course of the day. The brief message does not contain any thanks or the usual good wishes for the future career after more than two decades of working together.

Stoll was already absent from the farewell game for Werder legend Claudio Pizarro last Saturday. The person concerned spoke up shortly after his departure became known and was annoyed by the club's behavior. His departure after 21 years at Werder Bremen was preceded by an incident in the home game against FC Augsburg (0-1) on September 9th. Stoll himself wrote in his statement: After the end of the "highly dramatic final phase" he let himself be carried away in a direct speech to the referee Martin Petersen and a responsible person in Augsburg. "I told the referee that he'd rather whistle the district league, the member of the management of the Augsburger that he had a group of unsympathetic people at the start," said Stoll, who at the same time assured: "In the meantime, I have of course apologized to both gentlemen in writing."

But that wasn't enough for the club. Nor that Stoll agreed to an amicable separation at the end of the year, as he said. "Even the urgent request to at least stop by saying goodbye to Claudio Pizarro was rejected," he complained. Stoll emphasized: "I also apologized to the club officials and honestly regretted my wrong behavior. I didn't seek any excuses and confessed to my mistake. That's all I could do. Nevertheless, I was chased from one moment to the next. " Stoll "offended my pride in being part of the Werder family and hurt my personal honor as a person".

The game against Augsburg had ended turbulently: Petersen whistled for a hand penalty for Bremen in injury time. Werder fans and Augsburg goalkeeper Rafal Gikiewicz fought a verbal battle, it even looked as if some Bremen supporters would storm the pitch. There were also minute-long discussions between Augsburg and the referee.

"That was too hot for me. It had nothing to do with football anymore. I didn't understand it either," said Werder striker Niklas Füllkrug. Coach Ole Werner also found Augsburg's reactions after the decision in added time at least questionable. "The scenes speak for themselves when you look at what happened in the final phase," said Werner. Because Marvin Ducksch missed the penalty, Werder Bremen lost and have been waiting for their first Bundesliga win at the Weser Stadium for more than 18 months.

But Stoll suspected other reasons that would have prompted the club to separate: "I don't believe the management of the SVW that my faux pas against Augsburg is the real reason for this bitter end. There have recently been several disputes on different topics. I also think so "My critical columns and comments in the Bremen media about DFB/DFL, for example about the ghost games, the 'Kölner Keller' or my view of some clubs in the Bundesliga competition were not particularly appreciated." He could also imagine that he was perceived as too old or no longer up to date.

In addition to his work for Werder from 2006 to 2016, Stoll was also the stadium announcer for the German national soccer team and also moderated the 2006 World Cup final in the Berlin Olympic Stadium. In addition, the native of Bremen worked in cycling as a spokesman and organizer - for example at six-day races. 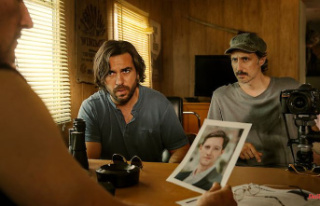